Content warning! I talk about mental health stuff in a general way and there’s some talk of relationship violence and abusive behaviour. You should bounce if you’re not here for that.

In the parlance primarily of anime culture, but also its related spaces, there is the idea of romantic character archetypes. I’ve talked about this in the past, about the idea that having common language to describe media archetypes serves to make conversations about media (and everything else) easier, and genre media, as this under-examined place  full of shorthand and signifiers, is no different. When you have terms for archetypes, it’s easy to identify them, bring them together, talk about them, and compare them. Then we can talk about these characters as a category, and that’s interesting and cool.

I think the one that’s most widely known, outside of weeb space, is the tsundere, the idea of a girl who alternates between being very angry and very loving. But, if you’re paying attention to gamer spaces, you probably have heard of the other big archetype, The Yandere. 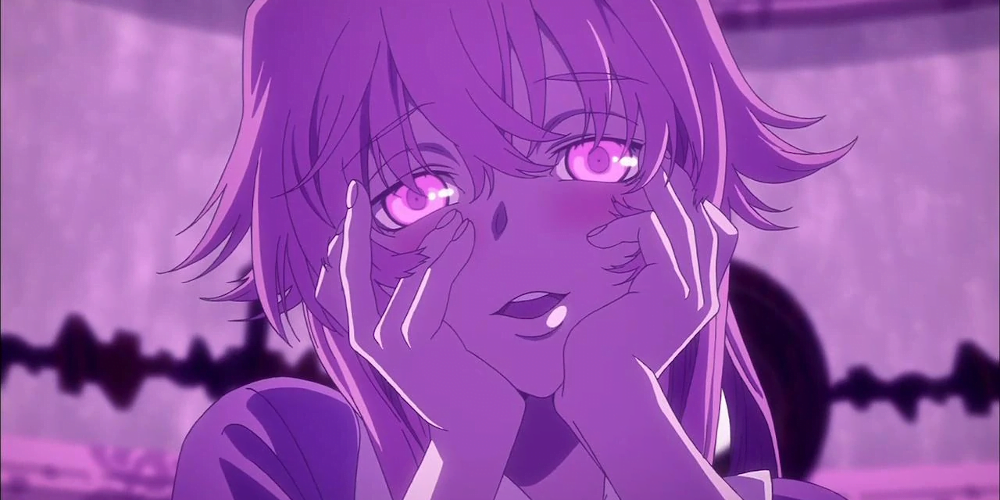 What is a yandere? The term, literally, ヤンデレ, derives from the Japanese terms yanderu (病んでいる) and deredere (デレデレ). The deredere is the same term you see in tsundere, and it’s that same root for, basically, soft, loving feelings. The sound effect is kinda childish, kinda schmoozy. The first term, though, yanderu, is ‘to be sick.’ Now, there’s someone I know reading this and they’re about to correct me technically, but yes, I get it, I’m not being as detailed with the tenses as I could be. Moving on.

Yandere therefore means, kind of ‘love sick.’ But not ‘love sick’ as we use it in English, meaning someone pining and sad and distressed or depressed for love’s sake. No no – we’re instead talking about someone whose love is a sickness that makes them obsessive and potentially dangerous. It’s about being obsessive, it’s about how your love makes you behave in a way that people wouldn’t normally expect, and that then tends to get tied into things like violently attacking perceived threats, or manipulating the subject so there’s no competition, or ‘protecting’ them in ways that are scary.

Note that yanderes rarely harm the subject they’re in love with! There’s a cousin to that, known as the yangire, and yes, I know, I am simplifying, we are talking about genre tropes. Point is, the yangire is the one who’s likely to really fuck you up, but largely yanderes are dangerous and threatening within their genres. Yanderes rarely beat up the object of their affection – but the threat they might is kind of part of the problem of them. 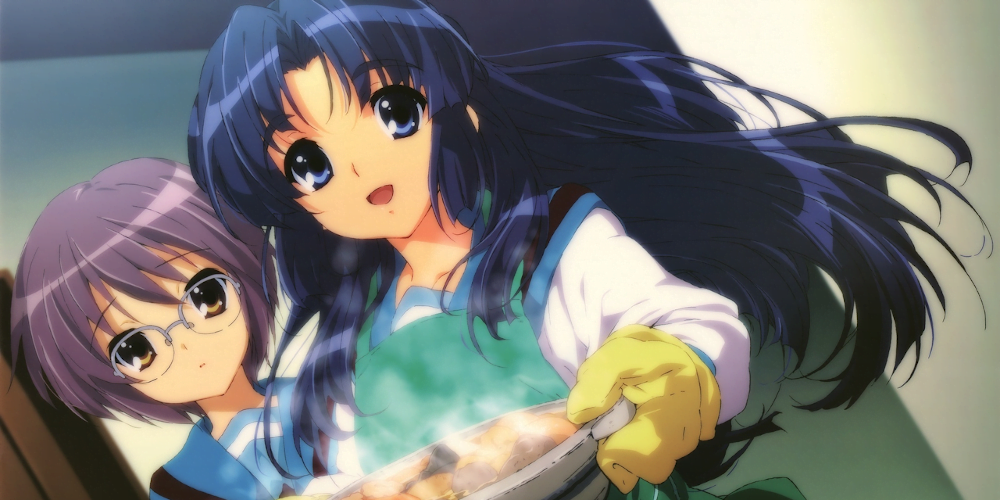 Yanderes aren’t like, genre-locked by the way. They show up in comedies and their threatening tendencies are treated for laughs, and they show up in horror, where their willingness to do the worst deeds in the name of love makes them somehow an extra threat or a potential unplanned for problem. They show up in action and drama and pretty much anywhere, and that’s often because they’re a stock character that fans enjoy seeing. You can do stuff with yanderes, and even if you don’t do much, you don’t need to explain them because audiences can look at them and go ‘oh, okay, yandere, got it.’

Note that Yanderes are overwhelmingly gendered female. Dude yanderes kind of don’t exist, or rather, they exist and we just call them dudes. Turns out in anime, it’s not particularly remarkable to have a dude who’s dangerous and threatening, violent and prone to doing things like cutting you off from your friend structure. That’s just another type of dude, and sometimes gets called a ‘black prince’ and oh god, that’s so awful and sucks ass.

The obvious and common criticism you can level at the Yandere as an archetype is that it’s playing in the common ‘women be crazy’ stereotype space. Whether it’s hacky stand-up comedians talking about how dangerous their ex-wives are (weird they all have ex-wives, huh) or thousands of hack drama shows from the last five years deciding ‘false accusation from a woman’ is a great way to get a real tense thrilling story going, and the yandere, as a woman who seems to teeter on the edge of knife-fighting people and constructing elaborate conspiracies to control the affections of one person can play into that ‘women are dangerous and bad and inscrutable’ perspective that is embraced and extolled by dickheads.

But what if I told you 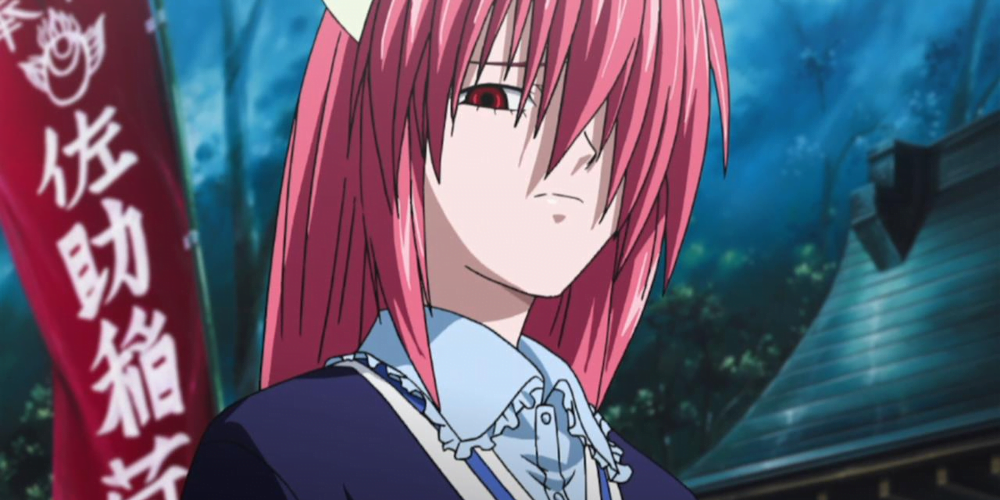 Let’s make sure you don’t get it particularly messed up here, mind you. It isn’t that I like yanderes inherently, and if a show has a yandere in it, bam, I am there to check it out. I don’t find Yandereness necessarily personally engaging, either – like don’t take any implications about what kind of person Fox is. She’s more Floordere.

I didn’t used to like the Yandere, and I even used to overapply the term. Fandom in Ranma 1/2 liked to overplay Akane’s behaviour, and treated her as if she was a yandere, like she was somehow mentally ill  because she was willing to punch Ranma, who let’s remind you, could survive being struck by lightning repeatedly. A girl expresses anger at a boy? Yandere, we’d say. Terrible.

No, in this case I really do mean the Yandere as the story treats her: A character who has a romantic focus and a dangerous aspect, and these two elements are both active in the character at the same time. It’s not a character who starts out rough and violent and warms up to the character and then is ‘cured’ of their dangerous nature. Nope, this is a shout out to the Yanderes who find their object of affection and stay Yandere throughout the story. Not to condone everything every yandere does – after all, in the hyper-reality of anime there’s a lot of stuff that makes sense in their own story space that I’m not in favour of doing personally. I don’t think you should jam your traumatised son into a womb metaphor to pilot a massive meat mecha, for example, but I can see how it’s necessary for a story sometimes. 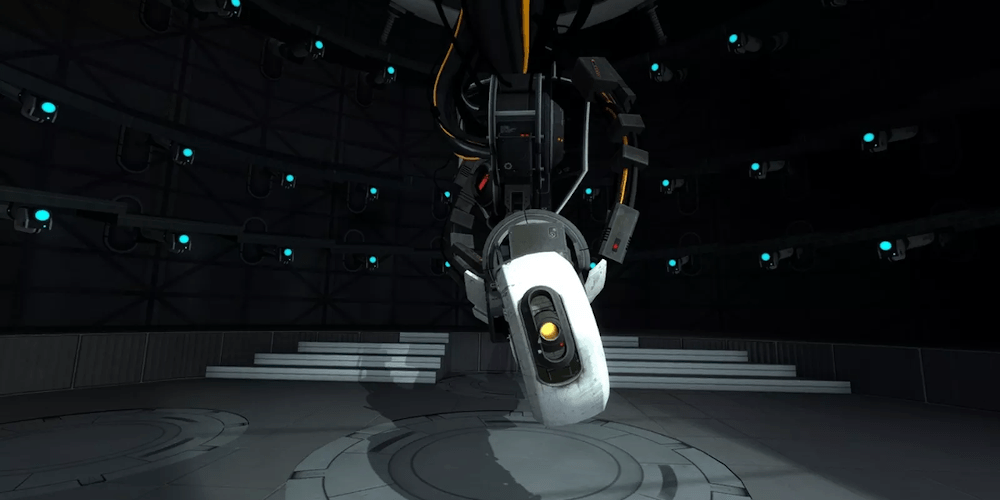 First, she’s a proactive girl character. Like, say what you want about it, in a lot of these stories, there’s a paucity of characters who are willing to actually do something to get what they want. It may be a plan that involves carrying an axe, but it’s still a plan. The yanderes are the characters who demonstrate some of that willingness to do things that their stories are so often lacking. They make their own plans and they react to problems on their own. I like that.

Second, in a lot of these stories, she’s got it under control. There’s violence in all of us in this violent world, and in most of the yandere characters I like, the violence in them is something that they, broadly speaking, have under control. There are lots of different ways a violence inside you can come out – it’s indeed something that we often use as a signifier that something is wrong with someone, that they hurt things they don’t need to hurt, that they’re cruel unnecessarily. Yanderes, typically, have that violence under control and it only comes out when they’re dealing with their subject and threats to them.

And like… I can get that. I have friends who have that story, who have that problem and they’re keeping it under control. They don’t have the real life problem of grabbing an axe, but they know that in the hyperreality of anime, the reactions ring true to what they can grasp they’d want to do.

(Because they have it under control)

The Yandere is for some folks, a kind of character that says hey, the things that you’re afraid of about yourself aren’t things that stop you from being lovable. You’re not unlovable. You’re here, in these stories, and you’re someone people will cheer for and love and laugh about and want. 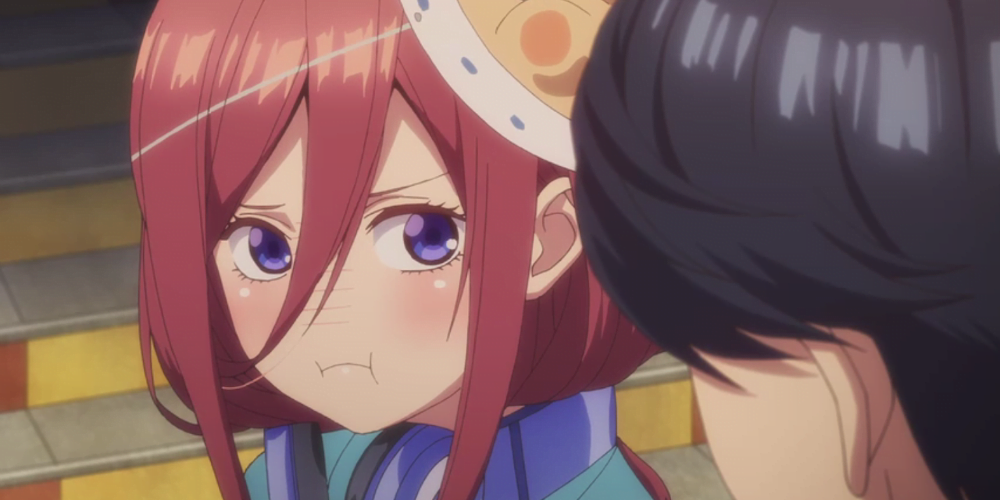 Do some Yanderes do terrible things in stories? Sure! I am generally, for example, not in favour of say, murdering your love interest’s sister because he misled you about what gender his cousin was! That’s not cool! But that’s the actions of one character, and there are thousands of yanderes across many series. Sometimes, they’re the friend who reaches for the knife because everyone else is too shocked to act. Sometimes they’re the sudden and remarkable show of terrifying strength from a character you’d never have expected to be capable of it.

I’ve talked a bit about the idea of the worst fan, and like, look: You’re always going to have, for any given piece of media, someone who interprets any idea, with the best of intentions and most explicit of executions, in a way that’s bad and serves existing ideas they have that are odious.

The question then becomes not ‘what does this media work do, in general, in the society as it is released’ like you can inoculate people from bad interpretations, as if every word chosen is an unambiguous program you code into the brains of strangers. Rather, instead, you should be wondering ‘who can benefit from this?’ and ‘What ideas can this be used to explore?’

The yandere is an exaggerated archetype for storytelling purposes that can also be used to give people a metaphor for dealing with something in themselves, and in their own lives, and how they, too, can belong in the story. I think that’s something worth holding on to.