No, this isn’t about bimbofication.

Wait, who’s waiting for that take from me? Never mind.

I am somewhat sympathetic to people who are unhappy with Barbie. After all, Barbie is absolutely a juggernaut in the media landscape of our lives. Barbie is so vast that she can – and of course I mean the media brand and company and so on and so off, whatever – basically choose how a significant volume of the things in media around us get represented. And that means criticising Barbie’s representation of, say, women, is a really valid and good pursuit because the brand is in a position to not just represent reality, but to set rules for how other people represent it. It’s an enormous power, and the way that Barbie, for example, presented girls as almost always white for a long time is definitely a problem. 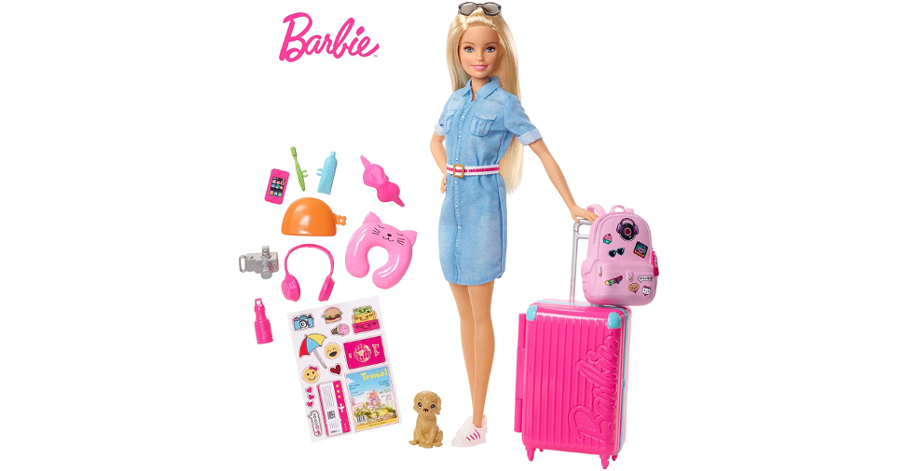 Still, there’s something about barbie and other dolls that feels like it’s sometimes missed, which is that these dolls are made to be played with, and playing with a doll – the ‘play pattern,’ as the industry says – involves dressing the doll in clothes.

There’s a bunch of stuff about Barbie that doesn’t make sense if Barbie is meant to be a representative of a real human body; her preposterous proportions, her torpedo-shaped boobs (and I again, promise, this isn’t about bimbofication), her giraffeish neck and her bobbly top-heavy head, those things are all elements of the doll’s design that exist to make sure that Barbie’s default state is presenting a literal, actual clothes horse.

Now, Barbie is by nature, implying that she is a prop for her clothes, and you can get into the semiotics of that, but at its core, a lot of what Barbie is trying to do is ‘look right’ when scaled down to a tiny shape that also has distinctive, visually observable hips and shoulders and boobs. I’m not saying she’s not built to a particular standard (and that standard is the one our fatphobic society, in which we live, definitely wants to validate). 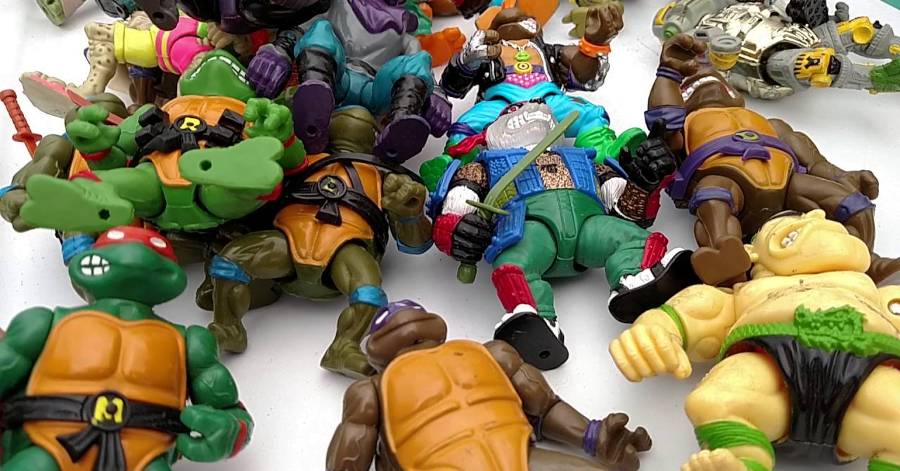 At the same time, though when you look at boy’s toys, there’s a similar implication of the toy’s purpose. The natural way a Teenage Mutant Ninja Turtles toy sits is a pose that brandishes weapons, arms and legs tense and ready for action. The play pattern of these toys is what tends to get referred to by Hasbro as ‘battle play,’ where the figures get hit against one another, to represent a narrative, to describe a combat where there are winners and losers.

That’s why the dolls – which are dolls, let’s not kid ourselves – the dolls for boys are made to have things like being easily gripped and handled; it’s why they have neutrally combative stances; it’s why their proportions and design are built towards making them tough and durable, more than making them posable.

This isn’t meant to be something revolutionary! This is not only a known thing about Barbie’s design, it’s been known for years, since basically she was first made. And it puts us in this weird place where people, sensitive to the real problems Barbie has been part of have to try and grapple with all the problems of Barbie even the ones that are about what Barbie is trying to do (as a doll) and the things Barbie is trying to imply by how she is.