Last time I outlined some of the problems with ‘race’ as she is treated in the game of Dungeons and Dragons 4th Edition, the challenges of making settings through the ‘race’ option, and the potential, unconnected legal concerns with how to treat races so as to not invalidate the rules of making 4th edition D&D content.

Those are our parameters, the problems we need to consider. Now let’s talk about what I’m going to choose to overcome this. 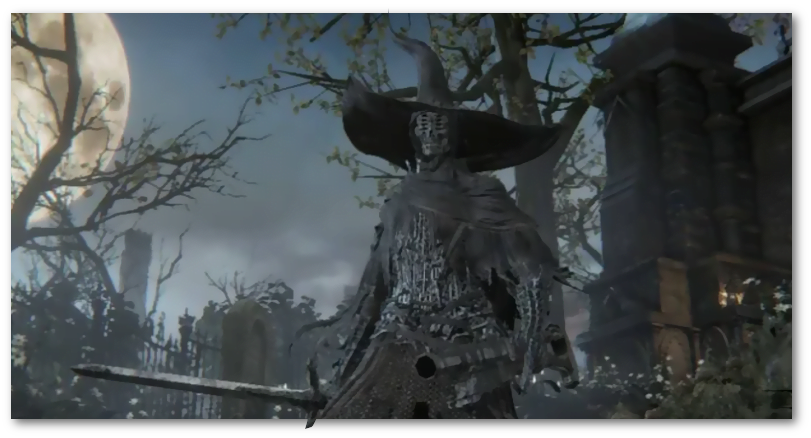 Part of this setting information, these choices is tying into the kind of horror I want to make rest at the base of Hunter’s Dream. Without going into the details at length, I think what I like about these horror stories is the idea of an Orthodoxy facing its Justice, and how that crushes individuals in between, and part of that is going to be the idea of that orthodoxy being permitted a normal.

If you’re a human hunter in the city of Shabte, telling your neighbours you think there’s a werewolf around might not have the same horrifying aspect if those neighbours include a dwarf and a shifter. The variety of cultural frameworks in typical Dungeons & Dragons systems make it harder to deal with that kind of normal, that kind of orthodoxy. Which means that I’m going to want to make a way for most of the playersto be human, but I don’t want to surrender all that wonderful mechanical potential.

First up, in Hunter’s Dream, everything is modular, and the book will make that clear. If you want to run a game in Hunter’s Dream, you don’t need to treat the entire book like it’s a single set unit. With that in mind, then, I’m going to include a section that I consider default, where characters built in Hunter’s Dream don’t have a ‘race’ – they have a ‘history.’

This change is pretty much just cosmetic, but it’s an important one. See, in Bloodborne, the whole point of the setting is most everything you deal with – not everything, but most of it – is in some way traced back to the human. The stories, by default, are meant to be about human things interacting with nonhuman things (and then, eventually it’s revealed the nonhuman are human, changed by desires that are very human and that’s all the good-stuff horror we want).

In this module, that means that all the characters in Hunter’s Dream are going to be humans, who have some lived experience or cultural background that gives them different material abilities. This means taking most of the races and their feat and paragon path packages, and giving them new flavours to help create an image of a world at large. Characters like Dwarves and Goliaths might be from mining territories of different types, elves from woodland areas, half-elves cosmopolitans.

This doesn’t fix everything though, because some races have gross physical qualities or special abilities that can’t be easily reflavoured as a normal human being doing something. A dwarf being tough and a goliath being tough are both perfectly acceptably reinterpreted as ‘tough people,’ even if the specific mechanics are different.

This is another tricky one. I can’t replicate the mechanical information of races outside the OGL. What’s more, it’s a bit of an asshole move to tell players who may not have access to the game mechanical information for the Goliath or the Shifter that they need to use those rules if they want to play a wilderness hunter or a fisher from a haunted village.

This means that I’m going to have to minimise explicit references to rules that I don’t have the right to use. This makes everything even more complicated!

Finally, what about Dragonborn, who breathe fire, and Wildren that change shape based on nature, Changelings that hide amongst humans and the Eladrin and Shadar-Kai that can just plain up teleport?

Well, those races still have a wonderful tradition in the horror novels, which are the caged monsters. Those can be characters who are, at root, human, but who have some ‘inhumanity’ imposed on them; Dragonborn as subjects of strange and secret experiments, Eladrin as changelings who have had the fae corrupt their souls. There’s a lot of rich fodder here.

That’s the idea space. This is how I’m planning on handling races: