This time, he said, in the tone of voice of a breathless white boy who has just completed his first college course on the topic, I want to talk to you about race. 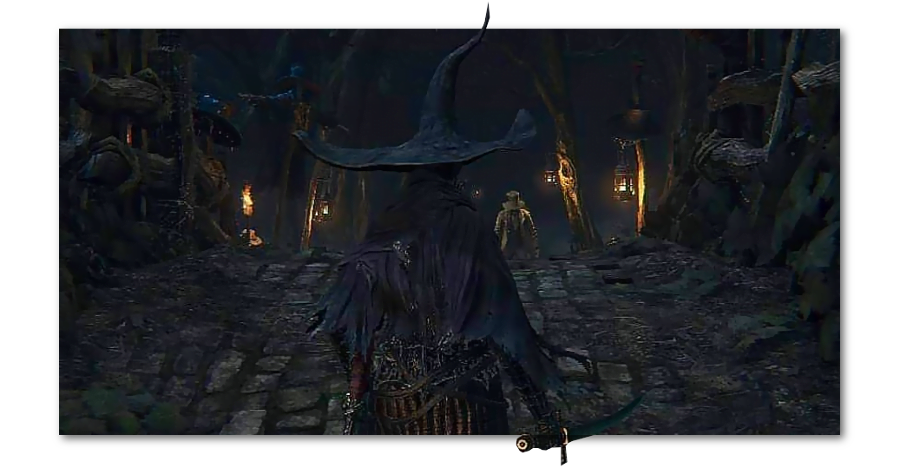 First of all I suppose I should talk about how I want to use race, by default, in Hunter’s Dream. In some D&D settings, like Eberron, it’s really easy to just jump straight in and just make the tropes of a monster hunter story fit. Hell, Ravenloft is lore-wise built around it (and we’ll get to Ravenloft). One thing that Hunter’s Dream is being made to do is serve as an expansion for 4th Edition Dungeons and Dragons, and I want that to involve as minimal extra text as possible, and that means I want to include something like a setting in the book proper, and that means looking at things the game assumes that the setting changes.

Particularly, the idea of ‘race’ in Dungeons and Dragons has a lot of really dangerous stuff bound up in it, and the conversation is not as simple as ‘it is a bad thing’ vs ‘it is a good thing.’ There’s a full academic article I recommend you check out for this called Privilege, Power, and Dungeons & Dragons: How Systems Shape Racial and Gender Identities in Tabletop Role-Playing Games by Antero Garcia. I don’t want to replicate that whole project, but suffice to say that Dungeons and Dragons, as presented, has a lot of problems with how it represents race.

The books that are made that present a ‘sample’ reality, even those that are trying to represent a generic vision of that, do so in a way that replicates existing problems (binary gender, white default, heteronormativity). Even if you don’t try and present a setting, your examples still present a framework, present examples of what can be seen as typical.

There’s a connected concern, which is that the idea of ‘race’ as things with materially, tangibly different mechanical abilities and identities that represent major cultural differences fuels and fosters a real-world vision of ‘race.’ I don’t think this is a failure of an idea, because the kind of people who think the game justifies their view are already total ding-dongs who think that black people have more in common with orcs than they do with white people.

Like I appreciate the idea of media and games as irrigating idea spaces, I just also don’t think that the generation of queers and marginalised people who came up repurposing Dungeons and Dragons are now to be told that enjoying orcs and elves makes them bad queers. I think there’s strong purpose to having explicitly nonhuman player characters, and since the mechanics of characters’ bodies are tied to stats, those stats are a pretty decent way to represent those nonhuman differences. The problem in my mind isn’t that orcs convince racists that black people are inhuman, it’s that your game isn’t doing enough to make it clear to racists they’re not welcome playing with your orcs and elves.

That then introduces a new problem for ‘race’ as D&D defines it in Hunter’s Dream, because the nearest cousin to this game’s idea space, in tabletop already is Ravenloft.

Told you we’d get here.

Ravenloft has a lot of problems. The biggest one is that right now, there are a lot of racists and bigots that think it’s their hometown. It’s not unreasonable for them to feel this way, given the source material it draws on – now you can do your own Queer Readings of the monster horror genre all you like, but it’s pretty hard to escape the way that the source material of your classic Orlock-and-Helsing era of horror was racist, colonialist, sexist, and bigoted against all forms of queerness.

Finally, there’s the complication of interacting with races in 4th Edition under the game license rules. The long and short of it is that you can’t actually change existing text, but you can reference it. If I wanted to say ‘elves work this way in this setting,’ I’d have to make an entirely new kind of elf and give it a new name, then present the changes.

These are our problems:

Gosh, that’s a lot to unpack. This isn’t going to go in one piece.