And this month, before we talk about our subject, though I mean she’s in the subject of the blog post that you just clicked on so I mean what are we going to cover, suddenly a swerve and it’s going to be about trotting out pairs of characters that can be Bert and Ernie from Sesame Street. But see, this marks our twelfth How To Be, and it also marks the first year of this feature. It’s fun! I’ve enjoyed doing that!

And because variety is important to me, we’re going back to Fire Emblem. And maybe, being you’re one of my friends, you might be thinking that yes! I’m going to bring up ya girl Edelgard, who is… very, very similar to Hilda.

No, we’re talking about Nailah, from Fire Emblem: Radiant Dawn. And we’re talking about her because she’s cool, and she can do interesting things, and most importantly, because Fox likes her. I started with one of Fox’s favourite franchises, and then with a character she kinda didn’t like one way or the other? Terrible form on my part.

Let’s look at a Wolf Queen. 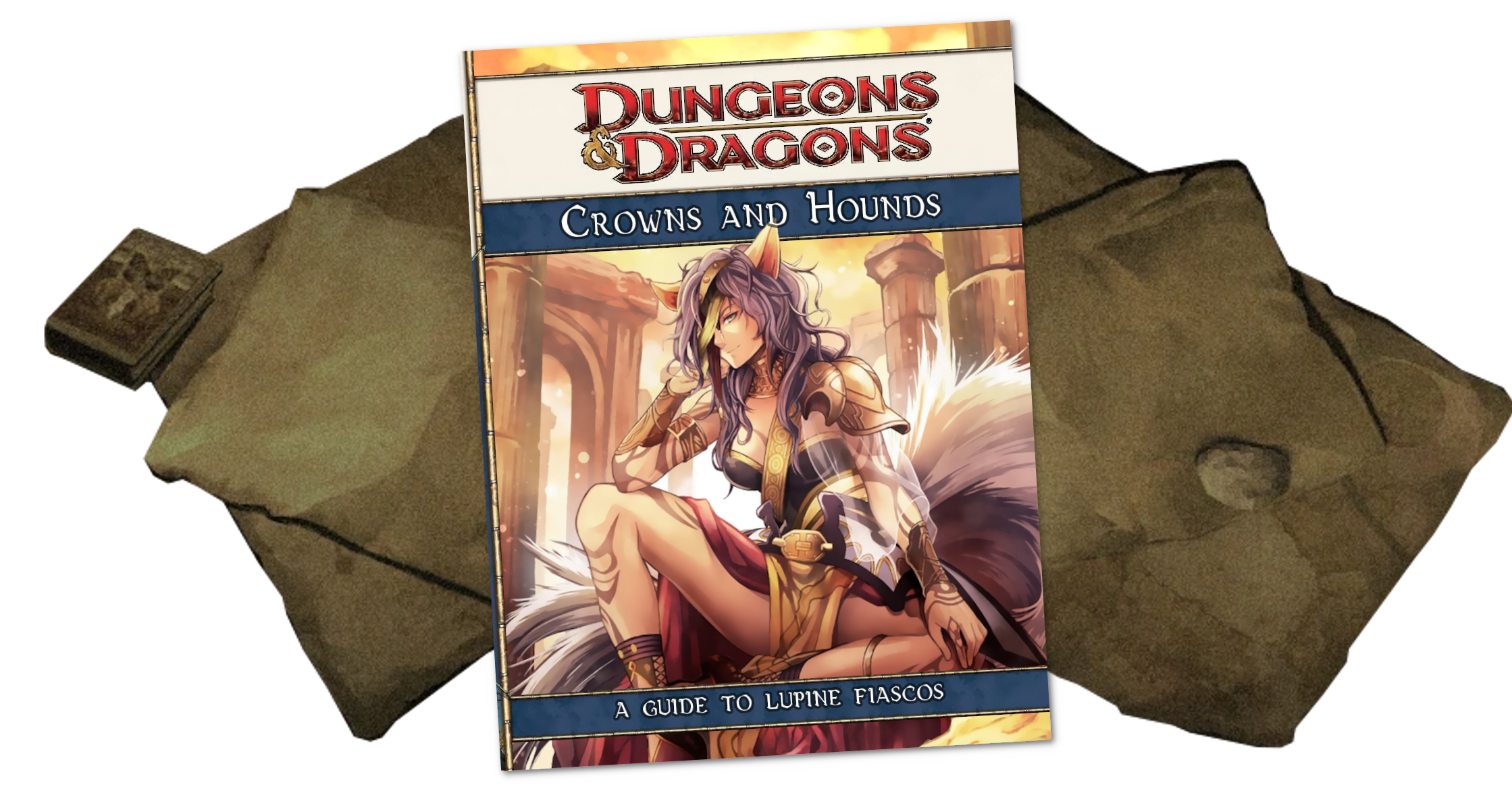 I am no expert on Nailah, but she’s a Fire Emblem character, and that means that there is, of course, a wiki. Also, Fox. She’s the leader of the Laguz, and she’s got ‘Laguz royal’ stats, which means to say she’s by the standards of Fire Emblem’s er, inequally distributed human resources, very strong. What’s more, there’s a reason she gets the title wolf queen – she’s a werewolf, capable of shapeshifting into, uh, a wolf.

When it comes to ‘stuff she can do,’ in the terms of Fire Emblem characters, she largely has just really good stats bolted onto a big bulky dumbass body. I’ve read around as far as I can, but the core of what makes this character work as herself is in-game, just being a totally stonking set of stats in a game where Good Stats are usually enough. There’s a semi-unique mechanic, in that she’s a Laguz, which means she can turn into an animal form, which, so far, so good, that one kinda stands out.

Beyond that, her other mechanical ability that seems worth noting is that she uh, she’s cursed? Or she can curse people. Ostensibly it’s meant to be related to an ‘evil eye,’ and that’s a thing that has an application in some games, but uh, it’s kinda fraught to refer to that way. For now, we’ll say that she has some control abilities that can be treated as magical abilities. Easy.

She also doesn’t carry weapons as we can see them, nor is she visibly wearing a lot of heavy armour or wearing a shield.

You might notice some of these segments are long and sometimes they’re very short. Sometimes, a character has only one or two clear things that set them apart. In Nailah’s case? She really is a very what-you-see what-you-get character. She’s a hot lady who turns into a giant wolf and mashes on people, mostly.


Alright, what do we know we need? What’s stuff that’s going to apply to all (or most) characters? This one’s an easy, fast one: 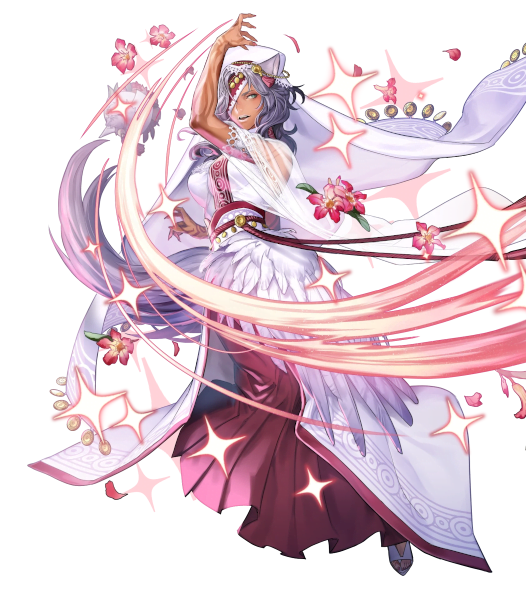 Now, I’m still of the opinion you can wiggle around armour needs if you want, but I understand not everyone’s on the same page as me. I don’t believe in the ‘high level MMO armour’ rule, but I do think ‘heavy armour’ can be abstracted to a lot of different kind of aesthetic looks, including things like layers of fabric made out of magical nonsense monsters. Also, if she’s shapeshifting into a wolf form to fight, the ‘armour’ element of her design can be ‘hidden’ under the fur.

This time, we’re going to look at not one, not two, but three different ways to make a werewolf, and how they provide upsides and downsides to each build. Builds need to not be against what we know of her too much – like maybe we can give our Nailah-like a big club or hammer, but if we give her a hammer and full plate armour and a shield and have her attack with Charisma, it’s all getting a bit away from what ‘feels right.’

With that in mind, on to the specific class options.

Option 1 – The Werewolf, The Fighter

Now, we have an option that immediately makes this character work, very easily, and very conveniently: the Werewolf. The Werewolf can shapeshift into a beast form at level 1, gets an accurate beast-keyword melee attack that’s completely spammable and does 1d10 damage, checking your highest ability score rather than necessarily your strength or intelligence.

Beast form is a desireable state to have access to not just because of the sassy Claw Gloves item (which you’ll want for later if you ever make it to Paragon). It’s also desireable because it relates to feats like Ape’s Reach and Enraged Boar Form. These are some nice feats for the low tiers because they mean that your werewolf mode has a 100% reliable attack you can use all the time, and when you hit levels where magical items replace those effects, you can just train those feats away. It’s also useful to know that when you hit paragon tier, you become ‘always-on’ beast-mode, which is really strong and suddenly all these feats apply to your (hopefully by now) desireable class powers.

Its biggest problem is that when you’re a werewolf, that’s the power you’re using. You can’t use attack powers that lack the beast form keyword, which means you’re going to be focusing heavily on using your base attacks, and all your powers want to be setup or utility. You can absolutely get mileage here out of being a knight if that’s a thing that’s your jam, but it drops off later in life. 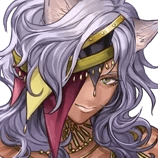 Still, there is a fighter who cares about fighting unarmed. The grappling fighter gets benefits from equipment like punch gauntlets, including the ability to get a shield bonus without using a shield. Just focus on grabbing people and pinning them. Bonus, you can even grab someone, go werewolf, and then have beast mode feats like Constrictor’s Grasp. That will require you to multiclass druid, so you’ll need a little wisdom for this build.

Grappling fighters don’t need to fret about having access to a shield, either, so that sorts itself out nicely and gives you a very sticky, controlling feeling character. You can use your wolf attacks as a basic, and Fighters can get abilities that trigger on basics rather than make basics, so you’re golden there.

This is one of my preferred ways to wolf it up, because the werewolf is so strong in Paragon, but part of this series is to give you useful options before getting into the Paragon midgame.

Option 2 – The Pack Outcast, The Warden

Now, remember how I said part of my research here was ‘ask Fox?’ Yeah, she was hard on the idea that the Warden fit Nailah. For me, the Warden is a class that feels like it has lots of different forms rather than one particular alternate form, but this is one area where your particular personal flavour of how a character ‘feels’ is going to matter. If you have Form of Winter’s Herald and Form of The Frenzied Wolverine, one of them is going to feel ‘more wolf’ to me. 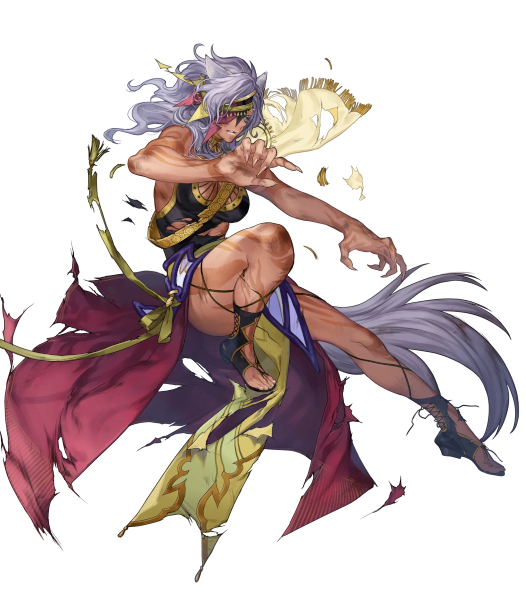 Fortunately that makes this the perfect place to add in a different way to ‘be werewolf’ without being a werewolf – the Pack Outcast from the Neverwinter Campaign Setting. As far as themes go it’s not nearly as powerful as the Werewolf long term, but it also asks less of you. Your beast form here is almost cosmetic; you can still make all your normal attacks and you can transfer some properties of your weapons onto your bite, but also, crucially, the at-will power acts as an always-available minor-action shift 1.

If you don’t know why that’s good, try playing tanks more and realise how often two shift 1s would make your life lots better. Also the level 5 ability is very desireable on tanks, because you’re going to be adjacent to lots of things and not necessarily in a position to have flank perfectly with allies for combat advantage.

I promise I don’t just make excuses to bring up the Druid.

First of all, werewolf mode. If you want a beast form that gets to do lots of different things, this is the place to start. Druids can definitely live as a sort of melee striketroller, where they hit very hard in a melee form that keeps one or two opponents pretty much permanently helpless with claws and bites. You have options for mobility or toughness too, and if you go tough, you can get really tough with the Swarm Build offering damage reduction equal to your constitution mod in beast mode. You can take backgrounds like Born Under A Bad Sign to have a high hit point total and at level 1 look about as tough as a typical defender wants to.

You can even if you want to expand further, take the feat Skill Power, train in Religion, and pick up the power Deliverance Of Faith. This is a power you may recognise as Virtue, which is to say one of the best low level Paladin tank powers.

Also, in this build, more than the others, you can use your human form to do terrifying glare-at-someone lock-them-still with ranged dazes and slides. So that’s nice.

The werewolf is a pretty interesting option if you look at Essentials classes. The Skald and Knight both have powers that trigger when you make a basic attack, and so does the Blackguard. None of those builds are particularly exciting to me, but they are builds that, out of the box, grab options that just work.

In the end, though, this is a great example of a build that started out seemingly simple – with three different takes on the werewolf theme – and instead expanded into a host of other options that can also be sorted to interact with one another. The core question – ‘how do I werewolf?’ – is what I focused on, but you’ll notice that that magical cursed eye didn’t get much exploration.

There’s a couple of reasons of that, but I think most of them are just a touch boring to bother exploring in-depth.