This time, we’re going to try and capture the feeling of THE GOD OF THUNDER Thor from Marvel Comics. 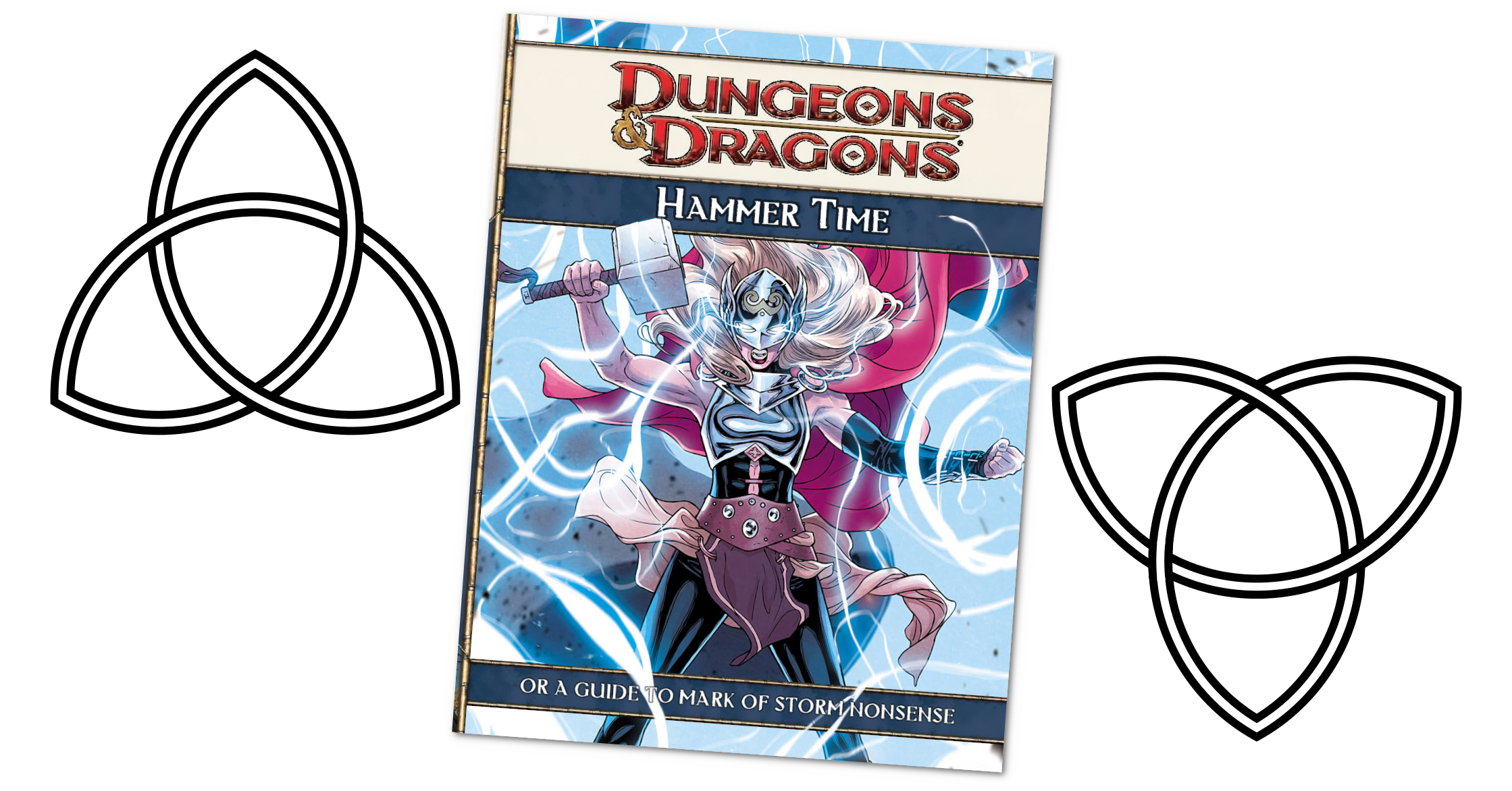 Alright, what do we know about Thor ahead of time that seems attainable in D&D?

If you want, you can play with the transformation element of Thor, where she has her normal identity (Thor) and a non-Thor identity (who is dying of cancer), but that seems the kind of thing to talk over with your DM. D&D doesn’t really tend to build in structures to add in ‘dying of cancer’ and ‘kinda helpless but still good.’

What’s also worth adding to this list is some stuff that’s not very Thor:

This is good, because this gives us an opportunity to delve into one of those things 4th edition has going on: Typed damage support!

Alright, look, now this is going to be a lot of stuff here, and you’re not going to be able to have it all up front. That’s the bad news. The good news is that this makes the rest of the article super simple, because the core of what makes this kind of build work is modal. We’ve had characters like Ed who need a lot of different class stuff to possibly work, and we’ve had characters like Hilda who always need one specific type of weapon? Well, the good news here is that if you swing a weapon, you’ll be able to make this work.

What we have here are two groups of things that work together well. First, we have slide nonsense and we have lightning nonsense.

Slide nonsense? There’s a lot of good stuff here, though it tends to whirl around two points where you can slide and prone – because an enemy knocked down is an enemy that has to spend one action to get up, and then another action to get back to what it was doing – it’s just a great trade in the action economy. You can set this up that you’re sliding people off turn, too, so an enemy charges you, and you yeet them across the room, knocking them on their ass, wasting their entire turn without them ever getting a chance to attack you. That’s spicy.

It’s important to know that because Thor uses a hammer then we’re missing out on two areas of potential synergy, though, and won’t be able to do all of this. The weapons necessary for most of the most powerful slide-and-prone is either the polearm group (and there’s no polearm hammer), or the flail. That’s okay, though, because you don’t need to push this to its utmost.

See, part of what’s great about this build idea is that Thor, using a hammer, will have room for Lightning Nonsense and Slide Nonsense, instead of dedicating herself to just one or the other. 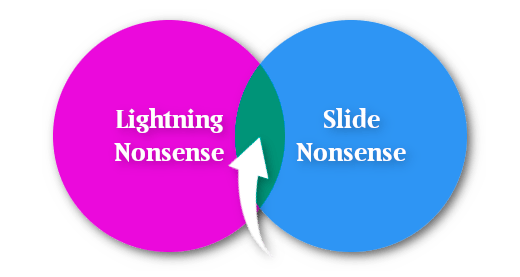 Okay, so why are we doing Slide nonsense? Because if we’re picking up a weapon that does lightning damage to be our Mjolnr, we’re going to want to take the Mark of Storm feat. Mark of Storm has a bunch of stuff in it, and it’s from the Eberron Player’s Guide, but the important part is this: Whenever you hit an enemy with a thunder or lightning power, you can slide that enemy 1 square.

This means that if you wield a weapon that’s a thundering weapon, every time you hit anyone with it, you slide them. And if you then get things like Bludgeon Expertise (a feat) or Rushing Cleats (some booties), and suddenly all your attacks yeet people three squares. If someone provokes an attack of opportunity or one of your retaliatory attacks, you can interrupt their movement and in many cases, put them too far to do the thing they want, or break their line of effect (since slides don’t need to be straight lines). And sliding someone three squares makes slows amazing, because suddenly, enemies might be unable to retaliate with their movement speed of 2. Good news: Hammers tend to get to slow things.

Okay, so that’s one thing you can do. What about the Lightning Nonsense? Lightning takes some time to mature, so this is very much a thing for later in the game – not our ‘get going in heroic’ standard. But the things to keep an eye out as your build matures is Resounding Thunder and later Epic Destinies that let you deal Thunder And Lightning any time you do either (like the Storm Sovereign). What that means is that all your melee attacks that hit a range of 1 around you (a 3×3 square) hit a range of 2 (5×5 – which is enormous by comparison!).  And then, you’re also sliding people around!

That’s just some ‘stuff’ your feats can be dedicated to, and we’ll get into more specific applications as we go on. 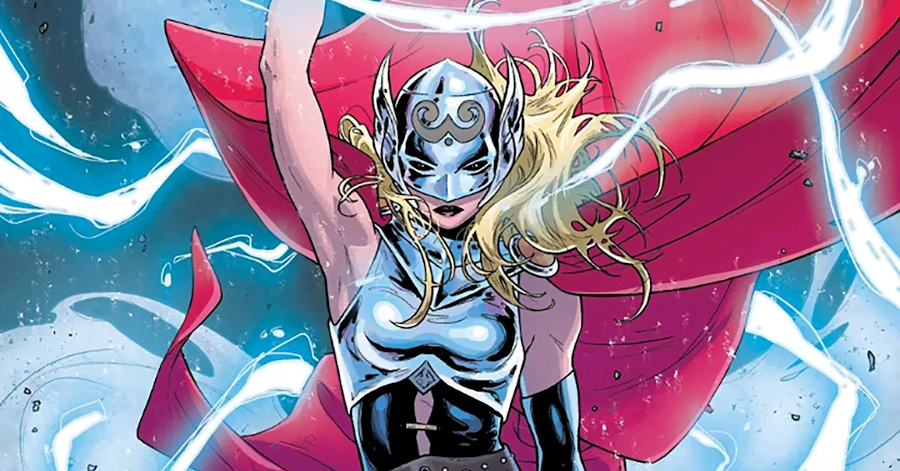 The knight was created to be a more approachable version of the Fighter that primarily made basic attacks. It’s not perfect for our purposes: It wants you to be wielding a shield and you don’t get anything special for wielding a big honking two-handed weapon (bummer). On the other hand, from level 1, you get an aura that means every time you hit someone with a basic attack, you can slow them, and defensively, that’s going to work fantastically with the Mark of Storm and your longer slides: Essentially, any time someone moves past you or on your turn, you yeet them three squares away, and now they can’t move more than 2 squares – which means they’re only going to be able to charge you. That’s doable by like, level 4.

When it comes to the class parts of these builds, since the feats and equipment have kind of a progression path and lots of interesting ways to improve, the class instead wants to do something useful early to get that Thor-y feeling, and boy howdy, the Barbarian gets there fast with the first level at-will power Howl of Thunder.

Howl of Thunder is a weapon hit, and then everyone you hit gets smacked with thunder damage after that. It’s a solid power, and if you go with our Mark of Thunder route above and a lightning weapon, you can make this attack hurl clouds of enemies around, showing Thor stomping around swinging her hammer and bowling over groups of baddies. Good stuff.

I feel a tiny bit bad pointing out Thor could be three different versions of ‘melee beatstick that doesn’t die,’ but she’s kind of like that. The Warden has the luxury of being naturey, too, so you can pick up early forms that let you summon wintery storms (not a hard reach for Thor, she’s a flexible lady), and then graduate into the more intense melee-heavy forms later on. Particularly of note for the Warden, though, is that they have Crippling Crush, a feat that lets you deal bonus damage to slowed opponents, and a feat that makes all your opportunity attacks slow opponents. That’s all going to fit!

Finally, there’s some more oddball stuff if you want to expand your definition of Thor. If your Thor can use a big two-handed hammer instead of the normal one hande she has, there’s more options presented by the Paladin; if you want to wield an axe and hammer like she’s been depicted sometimes doing, there’s the Ranger, which can even do cool things with a slowing weapon in one hand, then a lightning weapon in the other, to huck people around and keep them limited.

There’s the Hammer of Thunderbolts, an epic artifact that your DM may give you if you ask for it very nicely, but only at the level it’s appropriate. That could be the point of your quest, even, reclaiming a lost weapon!

Finally there’s also the really off the wall stuff: The Ardent, Warden, and Sorcerer all have strength-based options that might fit with Thor. 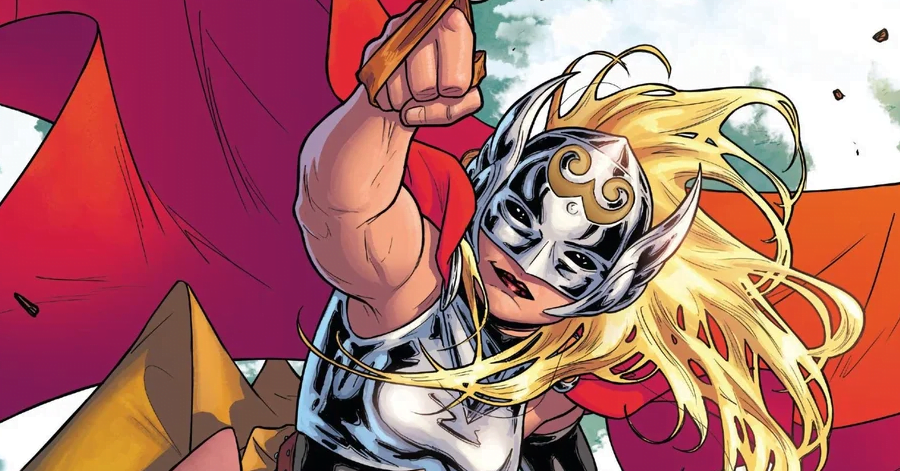 As it stands, though, one thing about Thor that’s always worth remembering is that central ot the character of her story is the idea of worth. Sure, as a norse god she’s basically already a great big hulking adventurer dropped into a typical non-D&D story, but that’s all with the understanding that Mjolnr is an item that’s got a moral compass of its own, that wants her to be worthy.

Thor is a great big galoot, possibly foolish, possibly bullheaded and reckless: But root of all of it is the way that she is always trying to do good. 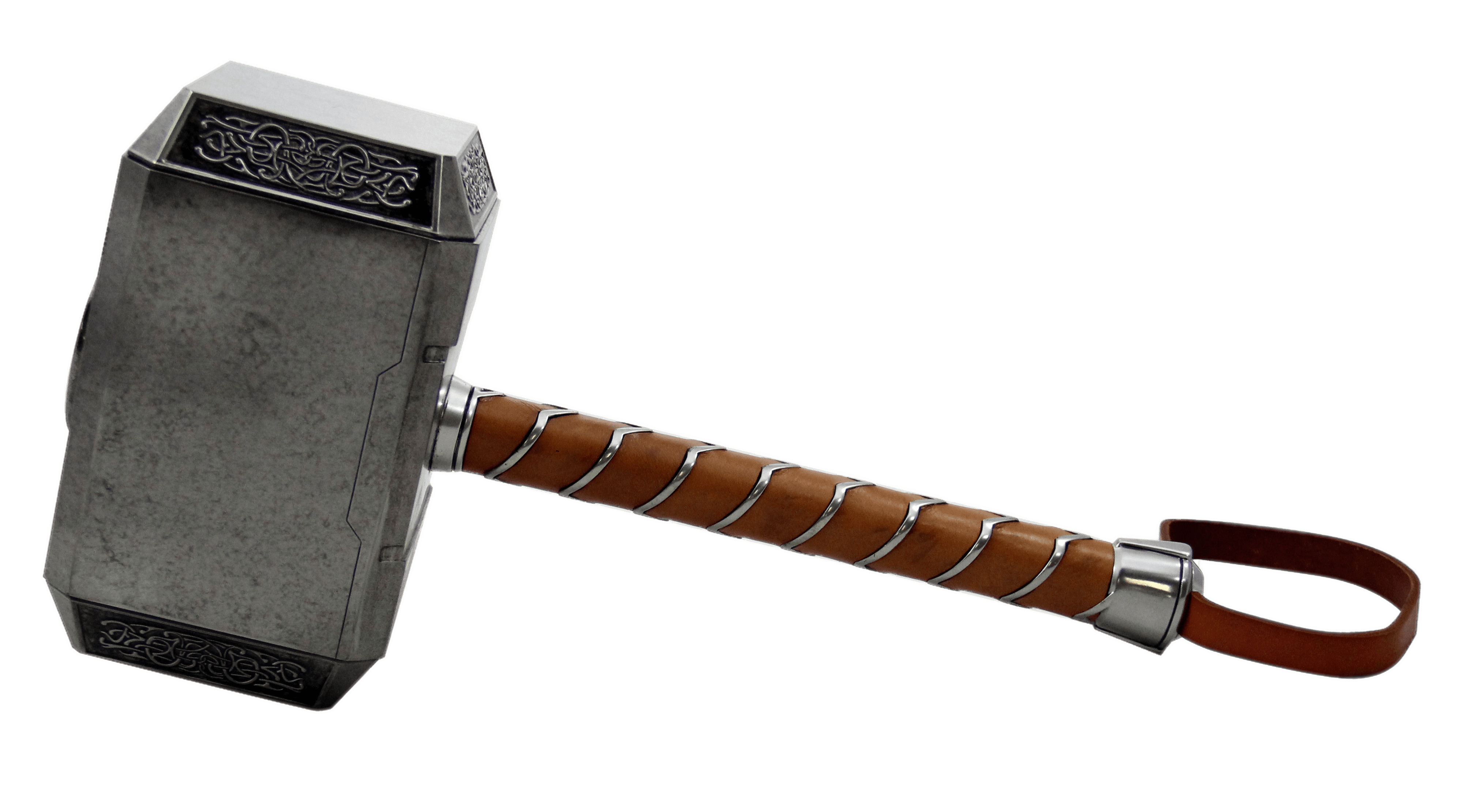