This month, we’re going to become a god damned Touhou. 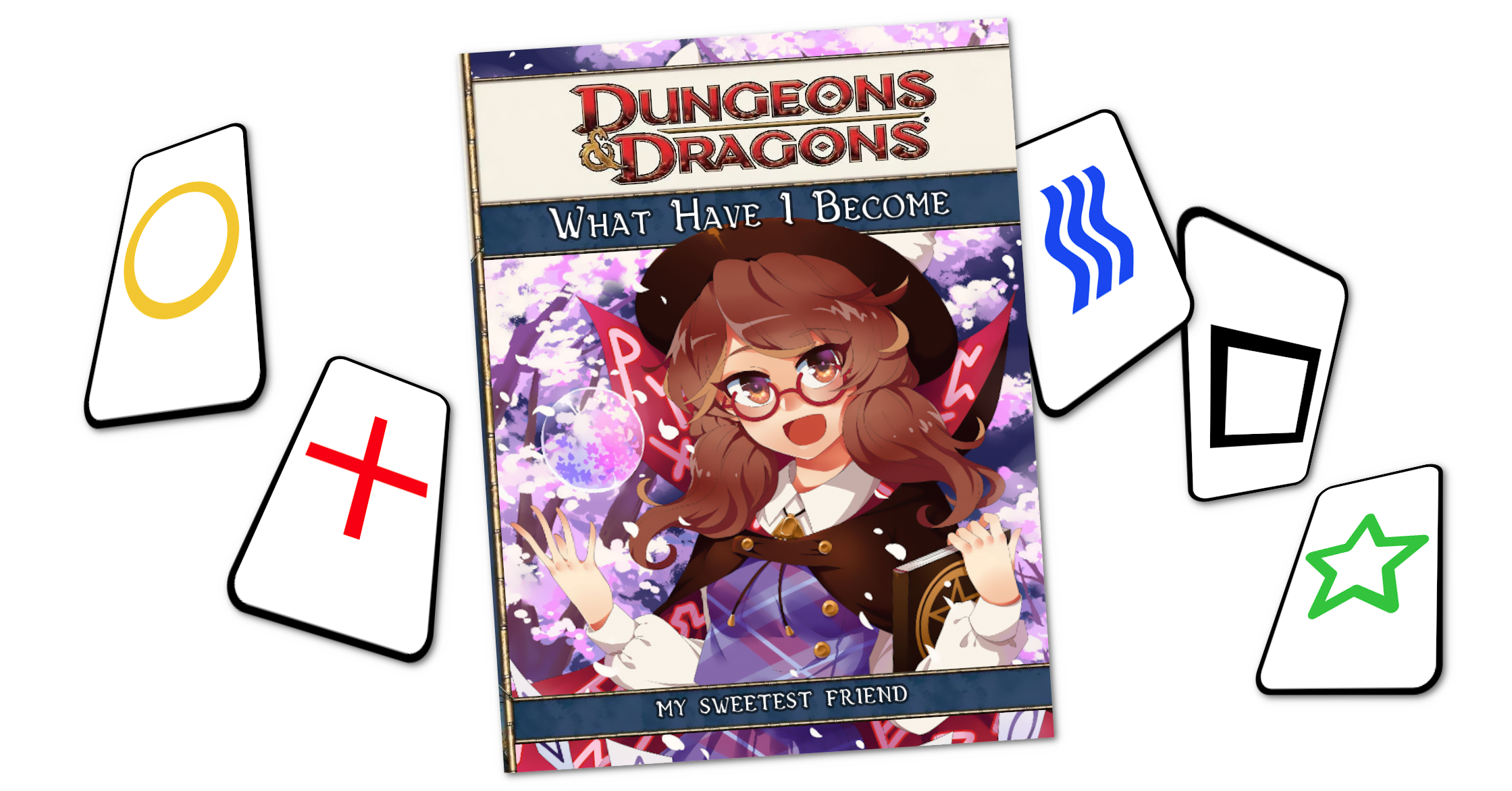 Okay, so there are two groups in the audience right now. Some of you are squealing. That’s fine. It’s cool. Don’t worry, I’m going to do my best here.

The other half of you, however, are going what anime is this from?

Sumireko Usami is a character from the Touhou project of doujinshi games. For the most part you can just treat this as a game franchise like any other, except, there’s nobody in charge of Touhou. Oh, there’s someone whose work carries the most weight, a single creator who’s responsible for a lot of what’s in this universe, and their work also carries a lot of transformative worth in this space, too.

It’s a story space that’s kinda basically about like… what if every vague idea you could have was represented by a real magical girl in a fantasy land where everyone wears outlandish hats. It’s a sort of high-femme (there’s not a butch amongst ’em, sorry, I know, yes, even the one in shorts) soft fantasy universe. Because it’s a doujinshi series, there’s been a lack of gatekeeping for years about what the series does and does not include, and the games are also hard as nails, so they were kind of a Dark Souls community that predates the Dark Souls Community –

and by ‘predates’ I mean ‘can slay and feed on.’

Anyway, the simplest way to describe it is that it’s a universe full of Cute Girls with magical or sci-fi nonsense powers dealing with problems that can be turned into bullet hell top-down shooters. A solid way to think of it is that these games have high stakes, low impact – the characters are saving the world, but the solution is usually getting the magical girl causing a fuss to calm down so you can have an actual conversation with her.

Sumireko is a high schooler from our world who was so convinced she was special that she dreamt her way into this other world, then tried to take over because she had the power of the internet and anime on her side, and you might think I’m joking but I’m kind of not. Oh, she is special – she’s a psychic who can do a whole range of ESP nonsense, hence being depicted with Zener cards (deep cut, ZUN), but really, she’s all about dreaming her way into this alternate reality where all the cute girls are.

So let’s talk about some magic. 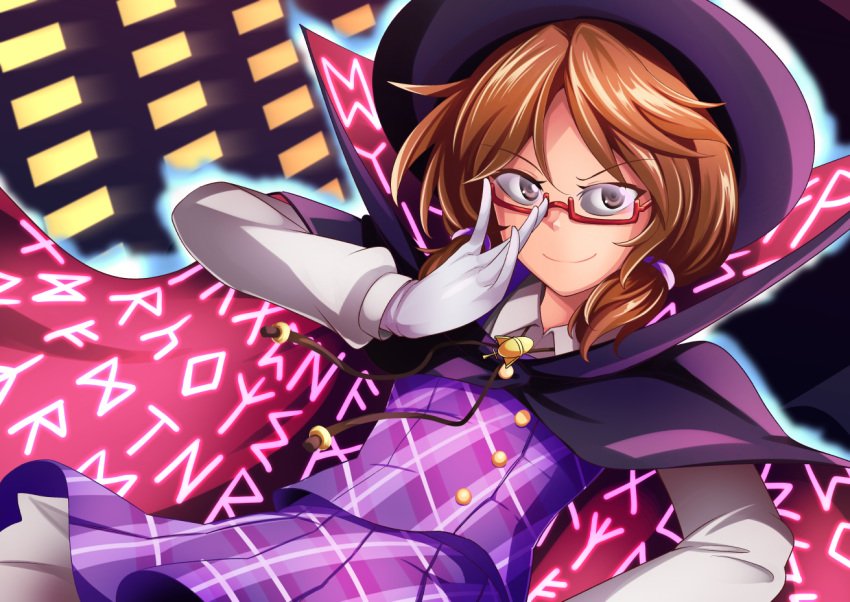 
Okay, so there’s your primer on Touhou for anyone who didn’t know about it, and really, I think I lost everyone who wasn’t already on board, so let’s get into it.

Sumireko has used a gun. I think it’s worth mentioning that, yes, she has a 3d printed gun, and the 3d printed element there is more interesting than the gun element. If you want to make a gunslinging Sumireko, that’s a thing you can do, but it’s not an option with a lot of exciting choices for my eye.

Sumireko is wearing specific magic robes. That’s not her school uniform – that’s depicted in another scene. Not a lot of heavy armour options, meaning that if we do pick an option that’s wearing heavy gear, it’s likely going to need some help looking like it’s not heavy armour. I’m not so proud as to say that Sumireko might not have chuuni’d herself some invisible plate mail, I just need a good enough reason.

Sumireko can be in two places at once, literally; she has the ability to manifest a shadow duplicate of herself, which was the plot point of a game once. In a tabletop, probably want to use this as a justification for powers that let you be in two places, rather than ask another player to play a copy of you.

Sumireko has been depicted using orbs. Orbs are a type of implement, and they’re used by wizards and psions. Also, the ki focus category of items can look like (amongst other things) a book or a set of prayer beads, and they don’t need to be held in hand to work. That means a ki focus has a lot of room to be (say), an orby thing, or a, uh, ipad.

Yeah she has one of them.

Sumireko, to my amazement, has also done melee combat, including hitting someone with her butt. This is useful as well with our ki focus comment, since it means we’re going to have some room to work with and we’re not going to end up back in More Chandraville. 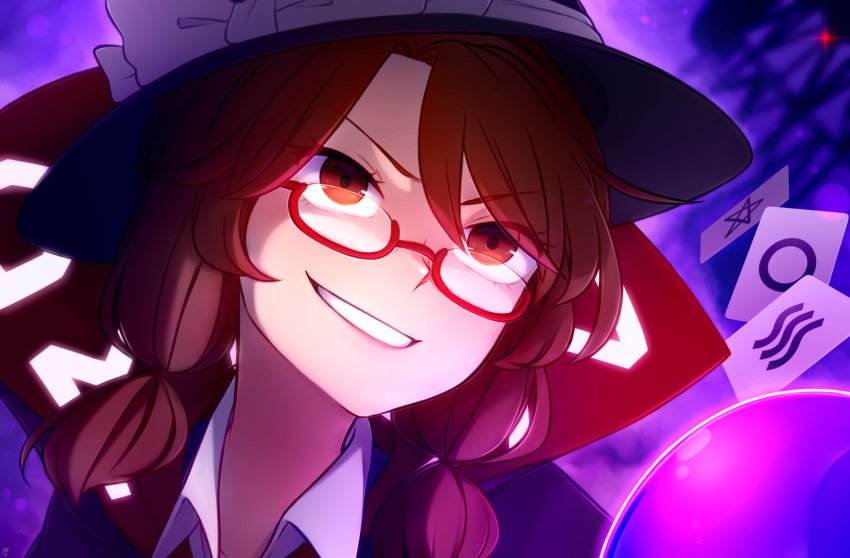 Okay, this is an easy outfit to work with! First, Psions don’t wear heavy armour, and they benefit from orb and orb related options. What’s more, the Psion is even more perfect for Sumireko, because, well, in addition to being able to pick up a variety of powers that enforce the ESP theme, you have the shaper build available at level 1. Shapers can summon a shadow clone of themselves in another square, which they can use to blast people from.

That build can also 3d print itself small objects with the minor creation power.

It can even be a weapon.

It can even be a really crappy gun.

Okay, so that’s the easiest place to start. At level 1, this Sumireko would have access to all the good stuff a psion does. The psion is also a pretty solid class, so you’re not going to mess it up if you just pick powers that work with your stats. I would suggest if you go this route, you build your Sumireko to have a high Intelligence (very canon) and good Charisma (I mean that’s for others to say), and crater that wisdom out, because from what I can find?

Option 2 – Songs From The Crystal Boundary! The Bard Of Dreamland!

These titles are not even vaguely Touhouish, by the way.

I didn’t want to just jump to the wizard, because it’s a very simple build; all I have to do is point at wizard and go ‘orbs’ and the rest sorts itself out. Instead, let’s look at the bard, because the bard can do some fun stuff with orby orb orbs and that fit the existing Sumireko stuff.

First up, bards have lots of support for doing psychic attacks. One of those attacks that you’ll do a lot in the early game is vicious mockery, which a chuuni like Sumireko would imagine she could do a real good job at. You know, able to insult you so perfectly that you found yourself staggered. If you want, you can stack onto that Beguiling Voice and Psychic Lock (when you hit Paragon). Making your opponents eat a -4 penalty to attack rolls to you is going to slow any aggression down – and when you get both your mockery becomes a -6. Gross!

If you go this route, you’ll want to take an Eladrin – which means boom, you get a teleport! That’s something else Sumireko can do. There’s also ways to chain that with other feats. At Paragon, there’s the feat Walk Amongst The Fey, and the heroic feat Bardic Wayfinder, which means you’ll be teleporting your allies and enemies pretty freely, which can be a real rude shock for combat scenarios.

You also get to build for stats that matter – again, Charisma and Intelligence, the vital combination of knowing a lot and having a lot of personality, and pretty much no need for the stat that says ‘but what if we actually thought about it for a moment.’

Now this isn’t perfect: This Sumireko will have access to heavier armour (leather), and they’ll be able to heal allies. That isn’t something I see in any of the writeups of her on the wikis. But maybe she can heal with ESP, just hasn’t bothered because she’d much rather do card tricks with her ESP.

Option 3 – The Shadowy Assassin Approaches! What Binds And Restores!

That gives us leader and controller as options, what if your group needs a striker? Don’t worry, Sumeriko’s got you covered

No, no, I’m joking. Warlock! You get the light armour, you get the radiating blasts of eldritch horror, and you also get to teleport and leave behind shadowy blobs behind you. The Warlock is also a class that works pretty much right out of the gate and has a lot of support. You can pick up our teleport packages from the article about Corvo Attano, if you’d like that.

You almost certainly don’t want to be using a hexblade or binder; you’ll want to stick with the pure warlock and try instead to pick an element that you like. Personally, I’d recommend you go with the Vestige pact, and use the daily riders to play into the idea of her dreaming up things. And they could even be seen as alternate takes on Sumireko herself!

(This also means you get to spam more killer insults along with your curses). 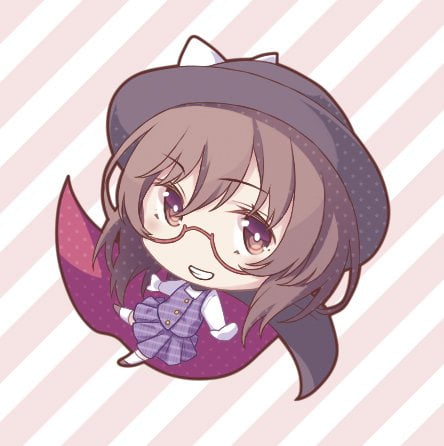 There’s also a wizard option if you want something that’s a bit more straightforward and obviously powerful than the Psion. They get orbs, there’s even an Arcanist who specialises in Orbs and can inflict some truly devastating save penalties.

If you want to explore her gothier shadow remnant, you could make a Vampire using the ki focus angle again. The vampire is pretty weak, but there’s at least a few cute things you can do with that.

Finally, there’s some room to look at the monk if you want to take a more directly physical punchy angle, but I did try and avoid any builds that thrived based on wisdom, the stat that seems least appropriate to this character.

Normally when I’m doing these how to be pieces, I use official promotional art or art that’s been watermarked by fanartists, found easily on google. In this case, it was kinda hard to do that, because almost all the art is from non-watermarked Japanese sources and the official art isn’t as nice. The sources, however, are in Japanese, and all the people I’d ask to help me with sources are people I’d want to surprise with this article.

In this case, because I can’t directly credit in a caption, what I’m doing is just linking the image sources I use: