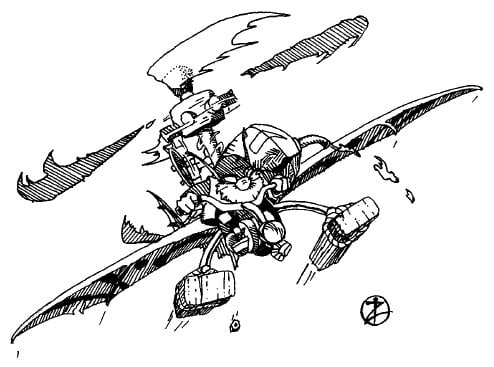 In almost any setting I’ve seen with Gnomes, they tend to follow this kind of rule. Sometimes the setting is a little more Tolkeiny and the Gnomes are sometimes Halflings or Hobbits or (god help me) Kender, but there’s this race of small people who are inventive, tinkery, and have these strangely modern compound names.

Now, names that are modern words isn’t unreasonable, in my culture. I know a number of people who have names like Cloud, South, West, Green or so on. But those names are all old and they’re rarely compound like that. What’s really interesting about the Gnome names is that Gnome names are words in whatever non-Gnome language they’re presented with.

It’s a well-accepted piece of modern lore that people’s names have meanings, phrases or terms that they owe their derivation to. Even basic and boring ones like James and John and Peter have some connection to an earlier iteration of the name, some thing you can translate them to. Gnome names, however, come translated already – Cogwhistle Buzzthump is two compound words in the language of the reader (in this case, English).

From this I can derive two things:

This is, incidentally, a problem that a lot of recorded history of Native Americans in the United States have to deal with. Peoples names get translated like they’re not names, but are rather titles. So instead of referring to when Mo’ohtavetoo’o was betrayed by The Strong And Steady Digger, we refer to Black Kettle being betrayed by George Custer.

I dunno, Gnome names are racist or something (they’re probably not).