In The Transformers, the very serious advertising campaign about alien robots that transform into cars, planes, dinosaurs, two boomboxes (ask your parents), a vending machine and an enormous twelve-meter tall microscope, there are collections of toy robots that can be stuck together into single bigger toy robots. We’ve talked about them in the past, when I talked about the Protectobots and the Stunticons, where you could collect a set that was a squad which had its own internal dynamic, leaders and friends and followers. It was a really neat marketing gimmick, where you could Consume Products in a way with both a targeted list, and a reward for achieving all parts of that list.

These squads also tended to be written to have a bit of personality, based on the cards that they had on the back of the boxes, or the guidebooks you could buy and the maybe-sometimes-eventually-expressed-in-a-comic way that the show did to express character. The fact is in the TV Show, most Transformers were as much an accent and a hand to hold one of a number of blue-or-red lasers, with very few of them having a chance to really put forwards their characterisation compared to just filling space in battle scenes. Oh, there were single episodes that focused on single transformers from time to time, but they rarely got to build a large amount of context. I don’t remember any episode where Trailbreaker’s fear of being overconsumptive of Energon paralysed him, nor any instance of Windcharger magnetically tearing things apart.

But that doesn’t matter because Transformers is a canon made up of a shotgun blast of ideas, and what sticks tends to be what any given writer could put together. When dealing with our girls the Stunticons, it was picking any given list of personal neuroses and jamming them onto the toys they had to work with.

And that same policy got to be used on the beta model gestalt, the first step mistake that was Devastator.

The Constructicons are a bit of a weird outlier for Gen1 Transformers. Where most gestalt groups are made up of five transformers, there are six Constructicons. While most gestalt groups had one toy of a larger size class than the others that sort of served as a ‘centerpiece’ for the other four, the Constructicons’ centerpiece was made out of two of its pieces jammed together. This had the weird effect of making it harder to tell, as a kid, who the leader of the group was (not Bonecrusher). You had to go to the lore on the packaging to work it out, and

what was amazing was that the lore didn’t say??

Look, meet the Constructicons (said to the tune of Meet James Ensor). 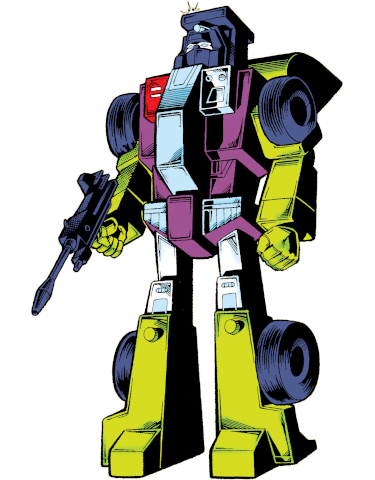 First up because his image was the one the random uploader picked first, we have Scrapper. Scrapper is sometimes retrofitted as ‘the leader’ of the Constructicons, the engineer who gives them the designs that they then go on to make. This is, let’s say it’s an optimistic take on things, because there’s a recurrent theme throughout the Constructicons that they’re all pretty convinced they’re the most important member of this group. Scrapper is a technical genius with insight into how things should be, so, obviously, he’s in charge. Weirdly for a ‘leader’ of the group, he forms a foot. 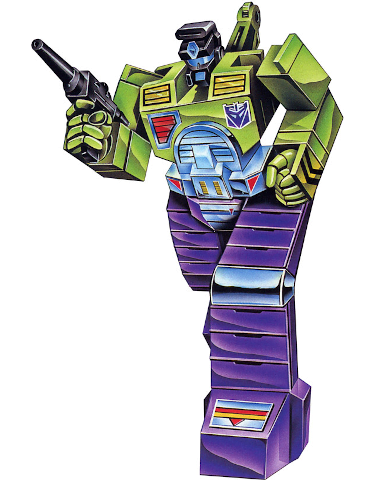 Then there’s Scavenger. Scavenger’s a substance and materials expert, finding and retrieving things that they need. Scavenger has a really terrible sense of self-esteem, and because he feels like a loser he’s always trying to make it up to everyone. If he was in charge he’d be able to make them be his friends, you see. 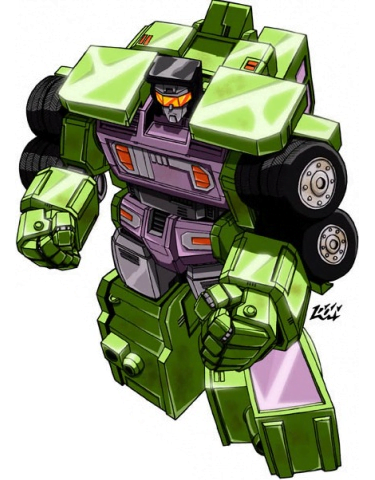 Hook is an artist. Hook is convinced that he is the only person who has the proper vision for how things need to be run, because only he can express his vision, which is worthwhile and the only thing these idiots don’t understand. In a culture of construction workers that are all super smart and convinced they’re the smartest people in the world, Hook is a consummate snob. 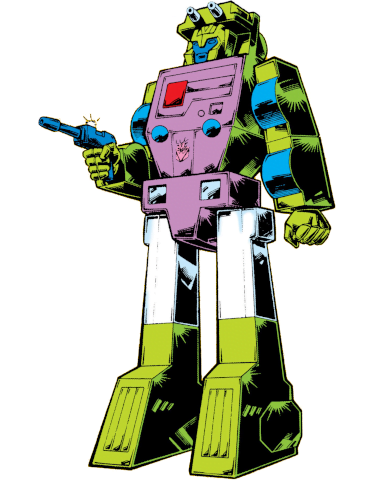 Then there’s Mixmaster, who’s one of your kooky scientist types, the ones who fuse and meld people into projects, to see if the screaming changes the harmonics of the metal as it’s being made and all that. He is a chemical genius, capable of complicated chemical synthesis in his drum (weird), and an aloof, aristocratic sneer on legs. 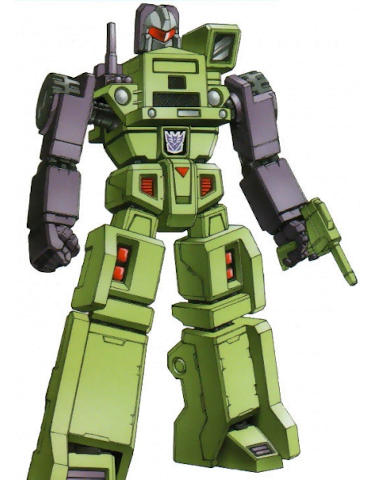 Long Haul is a dude who’s convinced of his importance because his job is transport. There’s nothing quite like someone who does his job without complaining about it, but Long Haul complains about it all the time. The thing is, he knows full well that the entire system of the Constructicons – and indeed the war machine of the Decepticons – rests on his shoulders. A logistics export, he knows how to get things where they need to be exactly when they need to be. 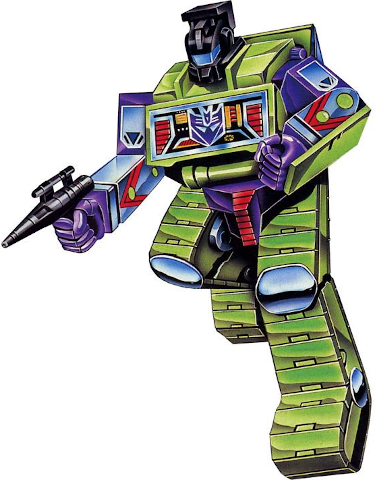 Then there’s Bonecrusher. Bonecrusher is the demolitions expert of the Constructicons – which is to say in a group of people who need to build things in a very technical fashion, Bonecrusher is the dude who has the thought process pound it till it’s nothing but dust. Later attempts to iterate on the character presented the idea that Bonecrusher was not, in fact, a giant idiot who punched things a lot because he was a meathead, but instead, he was a perfectionist who was annoyed by sub-perfect designs and therefore wanted to smash them to pieces. 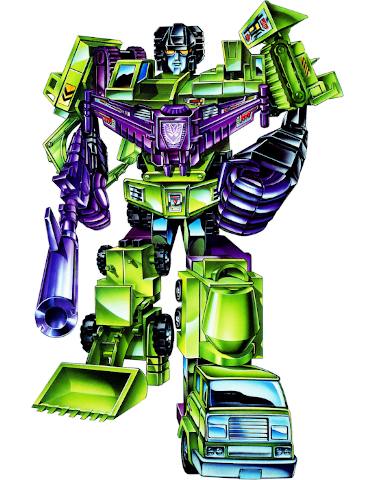 The thing is, these are five extremely skilled technical experts, and in their own way, the geniuses of their fields and also Bonecrusher. You don’t get good at logistics by being a dumb and you don’t get good at engineering by being a doofus. These five brilliant minds and Bonecrusher, when they form together into a gestalt form, the immense and powerful Devastator, then, should bring together all this mental power.

And instead, Devastator is basically a very large angry baby.

There’s something to the way that Devastator feels weird compared to all the other gestalts of his generation. Devastator doesn’t even have a personality, not really – he just appears, then smashes things, and he gets defeated by complicated schemes like ‘look over there’ or ‘your shoe is untied.’ In the movie, the constructicons – unchallenged – shout that they make Devastator, the most powerful decepticon. The Decepticons trotted Devastator out to peel open a city, and that seemed a reasonable thing to be afraid that Devastator could do.

Undeniably, the Construticons are dangerous. They’re powerful – and Devastator shows that they can’t cooperate beyond the most basic way, no matter how smart the five of them and Bonecrusher think they are.