Years ago now, I, on a whim, wrote an article talking about a little-known Master System exploration platformer (what you may call a metroidvania), called Wonder Boy III: The Dragon’s Trap. I wrote about it because it was a rare gem, it connected to my childhood and in all my time of watching a SNES-dominated game landscape, I never saw anyone bring it up, even in conversations about the entire genre of exploration platformer. It was a curiosity, and I tied it into a conversation about transformation and becoming, and how the different dragons, perhaps coincidentally, mapped to interesting themes of the world we live in and the way dragons represent power.

Then, about a week? A month? It feels like almost no time at all, but very much after I released that, a teaser dropped from Lizardcube showing that not only were they remaking this game, but they were doing so with a level of aesthetic devotion and purity that seemed too good to be true.

And then it came out, and it wasn’t too good to be true. 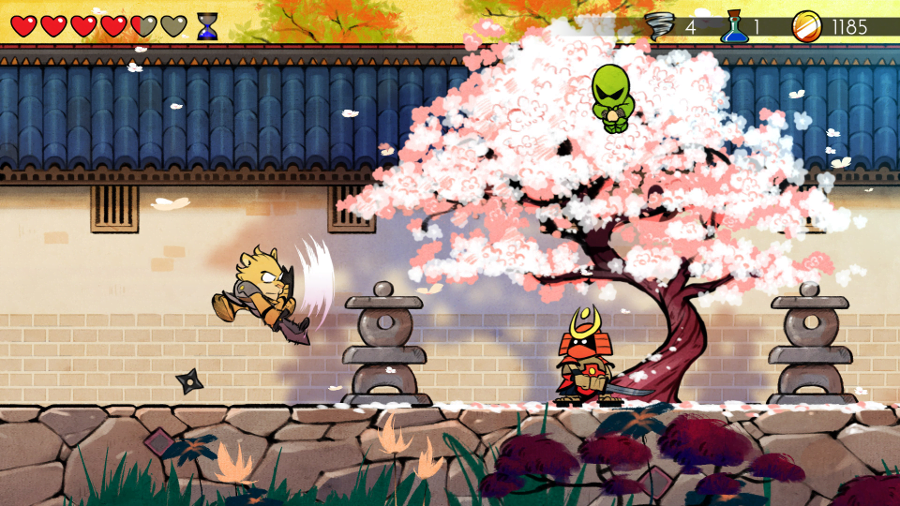 This was purely a coincidence, a completely unintentional and unexpected alignment between my random whims and the intentions of a group of other people who very clearly had not forgotten this delightful gem of a game. I wish it’d come from some place of insider knowledge, that I’d been able to guide this along or build hype, but it really was nothing but a coincidence.

It launched in 2017 and I haven’t goten around to talking about the remake.

First, I just waited; it didn’t launch on the PC at first, starting on the Switch. I was waiting to buy it on the PC, but it turns out Fox had gotten it on the Switch, in the hopes of luring me to play it (a thing I don’t really do much). Then as I got my life in order to get around ot playing games on the Switch, I finally got into playing it, and then something interrupted me. Then I went back. Then I hit a wall. Then I went back. It has been nearly two years of stop-and-start work getting to the finish of this game that was, once, a lofty ambition for me, a game I so wanted to say I had finished that its incompleteness haunted me for decades.

I still haven’t finished it. 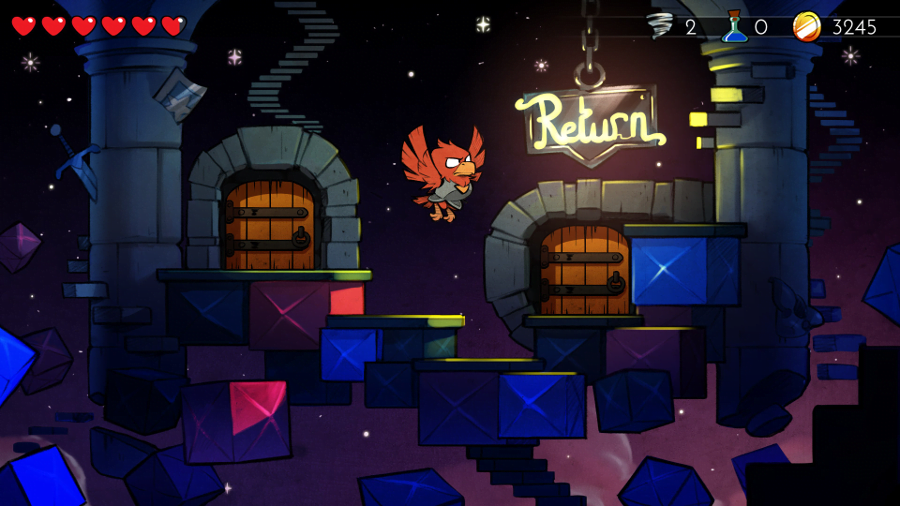 First principles aside, though, there’s a way in which a game can be ninety nine percent one thing but the determination of the game is based on that one percent. Consider the way the Fire Emblem and Persona games show only a glimmer of pro-queer values but they’re held up as if that glimmer is a blinding sun. And so when I talk about Wonder Girl it’s easy to fail to mention that the game is beautiful and engaging and charming and even when it’s frustrating it comes from a place of devotion to an earlier history, a window into an alternate history where we pursued different brands and different game models. It is not just a good game, it’s an amazing game.

There’s always some tiresome chore of a person who’s able to talk about how they were so excited when they finally turned off map guides or a game didn’t present them with a map marker and isn’t that a better experience of a videogame, and accessibility is for nerds, though, and so as I was playing Wonder Girl, I realised how much of what I was doing was building on knowledge I had from being really bad at this game.

I disliked La-Mulana, and part of why I disliked it was that I felt it was too opaque about what I shouldn’t be doing. The vastness of the game – a game whose surface I barely scratched! – meant I didn’t know if I was making mistakes with things, in the wrong spot for them, or if I was trying the right things and failing at them. In Wonder Girl, I already had a good handle on what abilities I would eventually get – memories of a long gone history. Does this mean that Wonder Girl is a worse game than La-Mulana? Is there a meaningful comparison to be made? 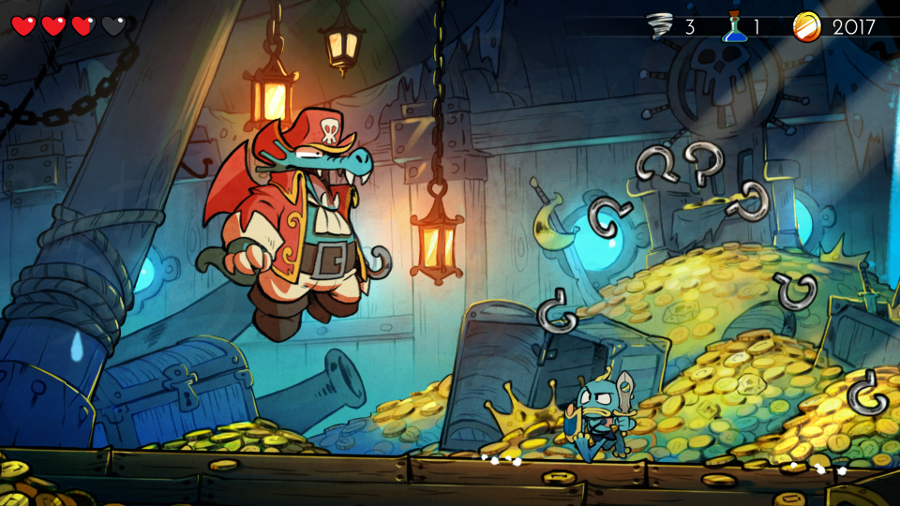 Honestly, I don’t think so. Particularly because neither game is really trying to work on the same scale. To an extent, La-Mulana is a game about hard-fought understanding of extremely unpredictable puzzles, while Wonder Girl  is a game where you turn into a fish and stab a pirate in the face. It’s not really the same kind of game, it doesn’t represent itself as being about nearly the same kind of thing.

Yet, I do wonder what it’s like to play Wonder Girl  fresh. I wonder if all my enthusiasm and love of this game has been bad, in a way, if I’ve unconsciously steered people towards a frustrating purchase that isn’t very fun for them because they don’t remember, the way I do, that the lion can damage bricks below themselves and therefore the mouse and lion can access some of the same areas, despite their wildly different behaviours. I wonder if the lava armour is as obvious in its effect to other people, or if the realisation that it works that way is enjoyable or exasperating. I wonder if the boss monster fights are too frustrating.

I know the final area of the game is too frustrating for me.

I know it’s doable. I know it’s doable at a run, but even the speedrunners who take that final dungeon do it with a silent room because it is incredibly hard and prone to random failures that you need to be great to fix on the fly. I actually thought for a time about recording video of my attempts, of making my pursuit of this game a video because it’s big and sprawling and exciting looking and I have such feelings about it. There are a good number of people who took my enthusiasm and love and bought a game they don’t like much, and I undeniably feel guilty about that, because I didn’t know it was still so hard, I didn’t remember really how obtuse it was.

This game is, however, ninety-nine percent excellent, to me.

And I love it despite the fact I’ll probably never see that end screen.