They see the outposts being built; the lines of communication falling from the the weapons of war moving slowly into position, the empires’ weapons being simultaneously sabotaged and subverted. Mystics preach to the mercenaries and the common folk doctrine about the fall of an old order, while that same old order strives to shore up what remains. What it has must be kept, what cannot be kept must be destroyed.

Chaos reigns. Tumult rises. The winds of war roll across the land of Yavaun, and there is no escape.

I just made the fiction of this game a lot more exciting seeming than it actually is. 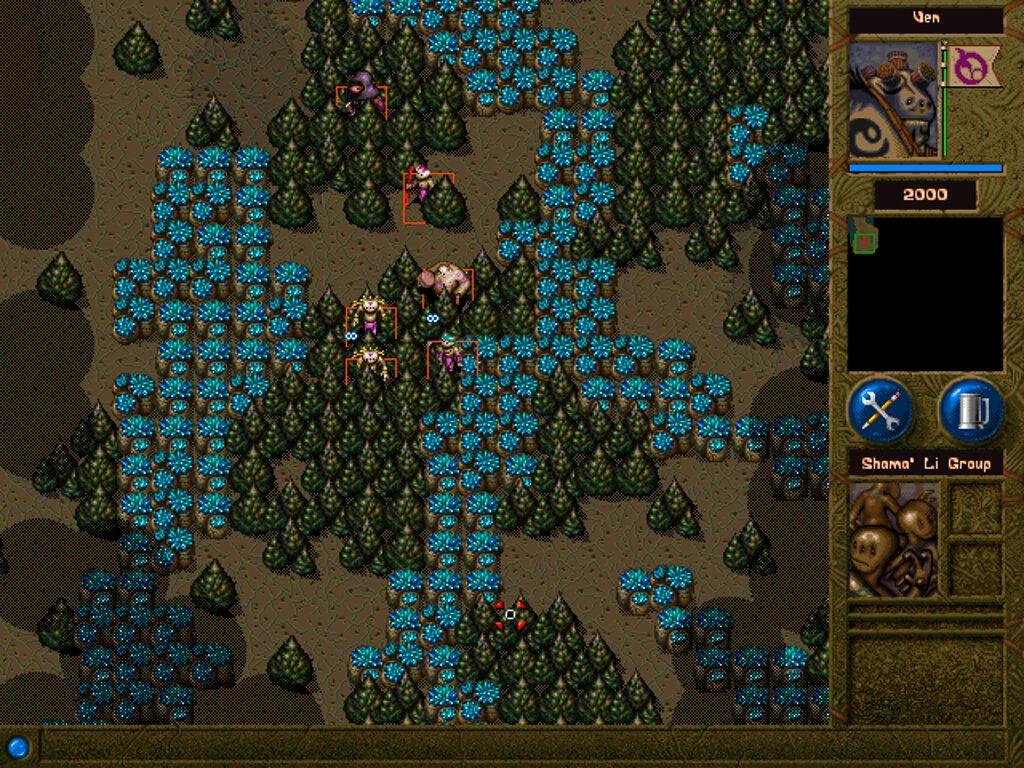 War Wind is a 1996 PC Real-Time-Strategy game (hence RTS), and while it’s very easy to perceive games as coming from a sense of artistic intention, or the result of some individual’s personal itch, War Wind is a game that strangely enough seems less of a statement and more of a symptom. As much as there was a ‘heyday’ for the RTS genre, there was a hot minute there where it seemed ‘everyone’ was trying out this genre. And from a perspective, ‘everyone’ was. PC game development at the time was pretty agile, so it’s entirely possible that the release of Command & Conquer and Warcraft: Orcs Vs Humans was enough to start a bunch of other games with development cycles as short as six to nine months into action.

This meant that there was a period for maybe three to four years there where the ‘Warcraft Clone’ happened in rolling waves, with Blizzard and Westwood building their own expansions on the genre. Sometimes I wonder how much of it is tied to the comparative simplicity of the genres – you don’t need to animated sophisticated visuals, buildings don’t need to be too complicated – if you can get an engine down, the basics of the RTS is somewhere around designing webpage or manual art. 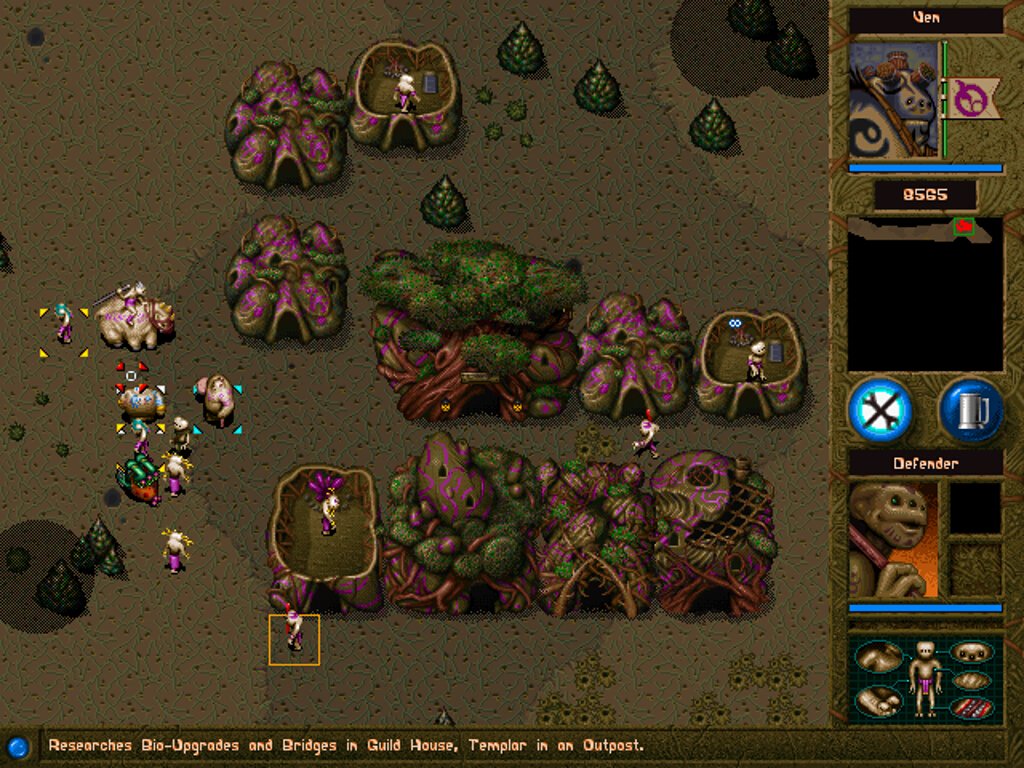 Largely, the RTS is a genre about its interface; it wasn’t a genre that ran well on consoles, because you kind of needed a mouse to make the whole thing work; every thing you chose had a huge range of possible places it could go or do, and it had a whole range of possible applications with buttons and special abilities and – basically, if you can’t click and use a few shortcuts, the RTS is very hard to make work. Warcraft had each unit provoke a menu, which could have submenus, over on the side of the screen, so each unit clicked presented you with a set of options. This meant that each unit could have unique abilities, which meant that during the stage of the game when units didn’t have unique abilities was a bit of a waste. By contrast, Command & Conquer made every unit have one very basic ability – attack thing – and all the gameplay intricacy came in how the units moved, what their attacks were effective against, and how they could protect and defend one another.

War Wind was remarkable mostly in the ways it was unremarkable. On the one hand, the interface seemed to want to straddle the boundaries between Warcraft and Command & Conquer; when you right-clicked on a unit, you got a context-sensitive menu of options, which included being able to upgrade the units and even pick up items. Units had a lot of different special abilities, including things like jump-jets that let you move around the battlefield. Buildings could be entered and even hide a number of units, which could be good for disguising your defensive strength when people attacked you! And again, you need to be able to treat the buildings like they are spaces on the field, and that means all the help that consoles can give you gets really awkward.

The idea behind the game even feels like ‘Warcraft, but scaled up a bit.’ It’s also a game that borrows from the existing infrastructure of SSI and Dreamforge, the people that made and published it – companies that pumped out classic 2ed D&D games using a small number of engines. How much were these companies into making modular, flexible games quickly? They released a game engine that let you make your own dungeons and monsters and send your friends through it, a sort of primitive Klik-n-Play made for people who liked dungeons. 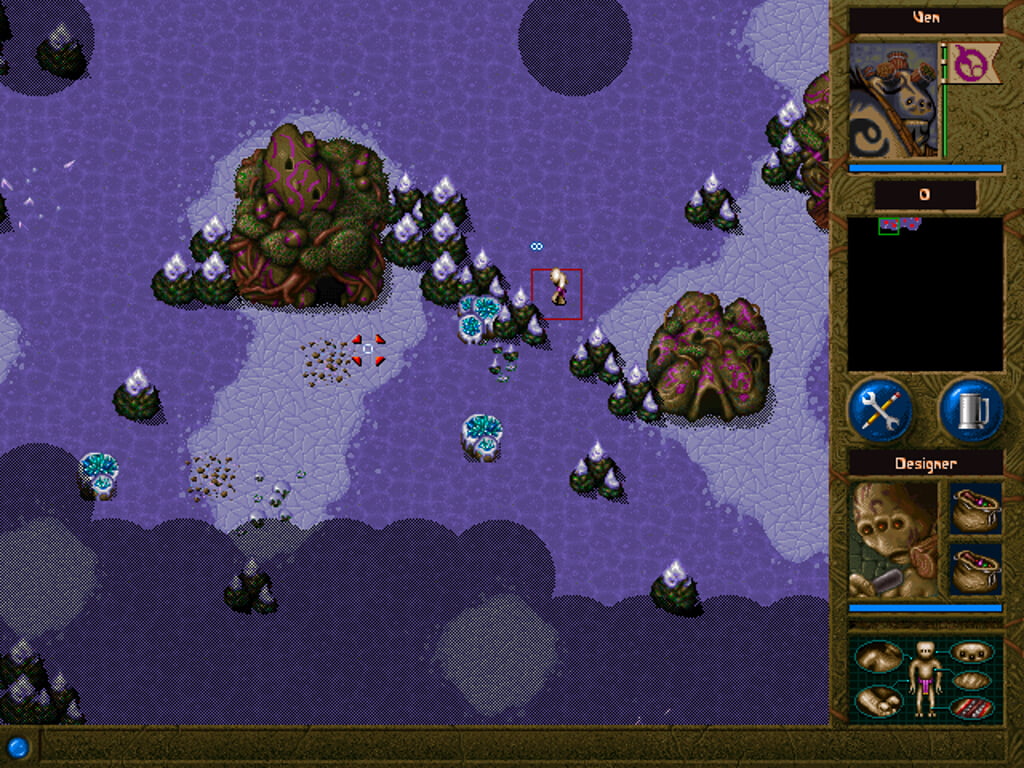 I had some memories of War Wind. There was, in my mind, maybe something to the way that one of the factions was the labour force, turned against their masters, and one of the other factions was the military, no longer under control of the imperial overlords. Maybe there’s something to the shamanism of the Shami-La, who want to synthesise together all the traits of all the races and bring everyone together into a new age. Or maybe there’s strength to the idea of… of… nope. That’s where the likable ideologies go away.

In a lot of ways, War Wind represents what we in the 90s thought of as the three basically acceptable gamer attitudes; rebelling against bad bosses (but not too hard or you wreck everything), entitled superiority, or wishy-washy liberalism. The end results are all bad unless you go the Shami’La route and say ‘everyone has a point,’ both the slaves and the slavers.

Now, you can get War Wind on gog, and maybe you could get it working, but I couldn’t, and even if I could, now, I realise my enthusiasm for playing it is really quite low. It’s not even that War Wind is a game that particularly merits a second look for its own sake, and indeed ‘for its own sake’ seems to be the defining question of the game. It has more factions than Warcraft, more unit variety than Command & Conquer, and more systems and stuff – there are vehicles in this game! – than anything else in the era was doing, and yet the result is a game with such a blandness to it I find myself unable to even bother to loading it up a second time.

I guess this builds on the idea of ‘hey, here’s a game I didn’t play lately.’