You might notice that last week, we barely talked about how Baldur’s Gate 2 played, and we’ll get to that, but all you really need to know for now is that Baldur’s Gate 2 is a meandering, sprawling epic, too large for even its own ambitions.

And Throne of Bhaal is not.

The Ride Goes On

When you’ve slogged your way through the positively monstrous story threads of the whole scope of Baldur’s Gate 2, with its city full of sidequests and new zones and at least three zones with nothing in them to do, you’re dropped in the post-denoument wrap-up. Here, you’re told, you’ll finally find some answers of the story that supposedly, is why you were ever involved in Baldur’s Gate 2 in the first place – the story of the Bhaalspawn.

And from there, you are kicked down the stairs of a story that somehow manages to be both a multi-act cavalcade of events, a sequence of dungeon crawls, a treatise on morality and a conclusion to the years-long narrative of the story of the Spawn of Bhaal. A story this big shouldn’t be paced like this, but despite featuring numerous dragons and boss monsters, the story of Throne of Bhaal is a pacy beast that is concerned with keeping you moving, with only occasional breaks. 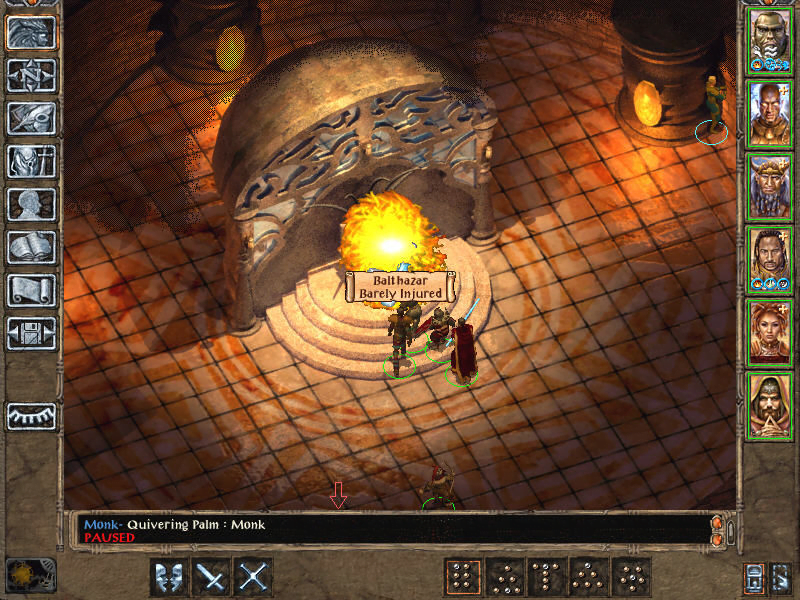 The story includes you being introduced to your new Godlike powers as a Bhaalspawn – in addition to the nearly-useless Ravager from Baldur’s Gate 2, you’re also treated to the much more useful pocket plane dimension, a place populated with amongst other things, Cespenar, a delightful imp with a speech impediment. While Cespenar is a gear vending machine, he’s also adorable, and the game wants to make sure everyone of his unnecessary and extra lines impresses him on your memory. The same is true of the Pocket Plane itself – it expands outwards as you progress through the plot, giving you more space to do, well, stuff.

The useful thing about the Pocket Plane is that you kind of get to set your own brakes in the narrative without needing new locations and allies introduced; you can just go to the pocket plane to handle things when there’s a need for downtime, or a conversation, or a new trial against your own gibbering inner horrors.

When you cook the story down, it really is just a race between a bunch of people trying to get the most Bhaalspawn points, except the things they get those points from are other people in the race, so it quickly turns into a knife-fight in a phone booth and concludes with a fairly unimpressive twist that nonetheless showcases all sorts of Specialness for your suitably high-level powers to be thrown at.

If Baldur’s Gate 2 was too large to have any good pace, I’d almost argue that Throne of Bhaal is too tightly paced to have much size – there are whole dragons with names and identities who simply don’t get to have much time on camera and explain who they are because you have got stuff to do here. It all contributes to a feeling that the story is larger than just you, while also recognising that once a Bhaalspawn has cacked off, you’re pretty much done with needing them any more in your story.

In Baldur’s Gate 2, power was pretty much completely wonky. Some NPC characters were garbage, some were robust, but all were meaningless in terms of anything but how well they held the completly bonkers toys you could wield in true 2e loot style. Seeing the way the game worked, and how there’s no sin in being able to obliterate a dragon if you assembled the components right, and since power in this game is only arrayed against unfair opposition, the Throne of Bhaal takes the brakes off and gives players so many new toys.

There’s a ton of new gear, but for those characters whose gear can’t make them more broken than they were, they get unlockable abilities and high level spells. Parties can run around permanently hasted, cast multiple spells in a single action, regenerate naturally, and have such huge piles of gold you’re buying and selling artifact-level gear.

Still, the best weapon in the game is Celestial Fury. 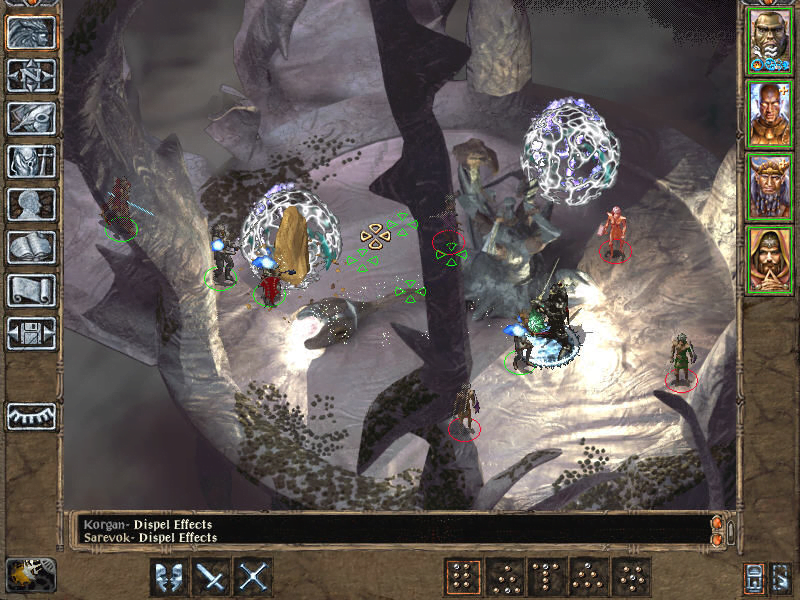 Throne of Bhaal is a rocketing rollercoaster that finishes up the story of Baldur’s Gate 2, a wonderful tightening of focus that also gives you names and faces to attach to particular misdeeds in the history of the story, but also shows you people who have their own things going on. It also reintroduces another character –

With Sarevok and Imoen in the party, you are three of the most concentrated parts of Bhaalspawn, a huge target, and the only thing that keeps you from claiming the power in those other characters is your own moral character, which you put to the test of the end of the story.