Here is a list of things you are going to find in the book The Magical Land of Yeld. 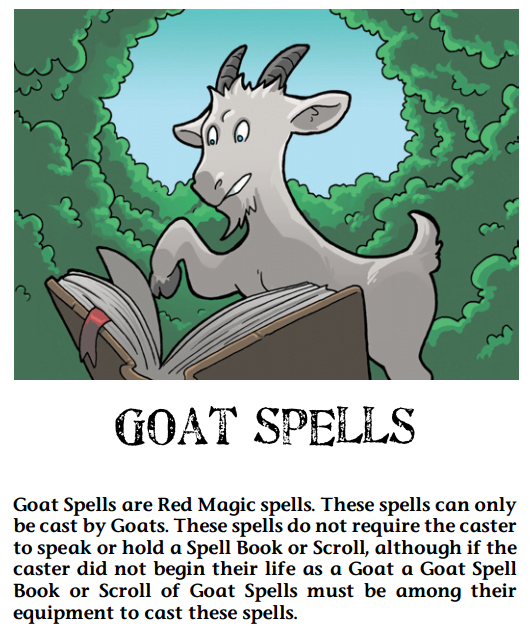 So go buy it, jeeze.

The Magical Land Of Yeld is a tabletop RPG expansion to the universe painted in the webcomic Modest Medusa by Jake Richmond. This webcomic, which I did not read beyond a cursory glance, is, from what I can tell, A Webcomic. That is to say, it starts out with a fairly innocuous premise that gives the artist room to draw something they think is cool (in this case, a cute little kid medusa), and then quickly spirals out to something large.

This may sound like I’m being dismissive of the form, but I’m really not: Writing a webcomic, especially ones that advance a plot and include a gag (which this one does), requires a particular skill. I would make a joke about how this book includes a passage on pacing a story written by a webcomic artist, but in this case it’s actually good and I don’t mean to imply that this webcomic is in any way bad just because webcomic is a form with a lot of problems. 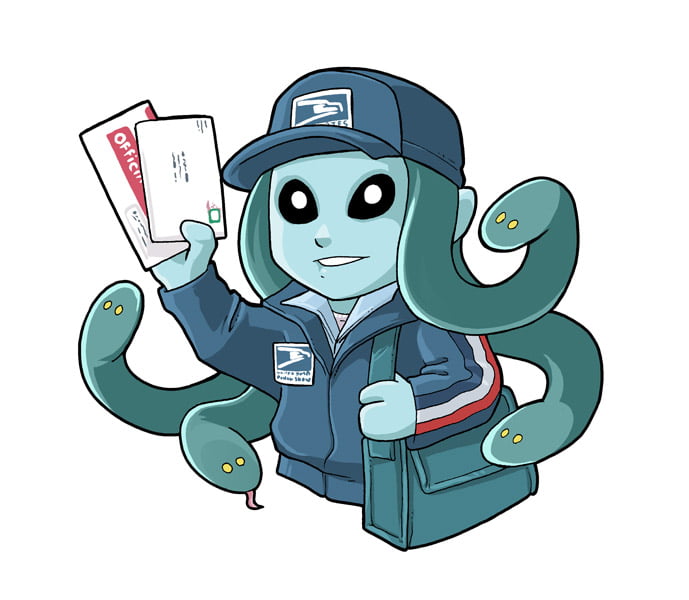 Games are a weird topic to talk about because when I bring up a game to talk about, I often am doing so with sometimes wildly different play experiences. I think it’s pretty reasonable for me to say that I am an expert player of The Swindle, and yet I also don’t feel like I really even gave A Pirate’s Fate a single exhaustive play-through. I didn’t even play Hyrule Warriors or Majora’s Mask to use them as launching off points to discuss them.

When it comes to Tabletop RPGs, I don’t even tend to talk about them at all. I didn’t talk about Blades in the Dark until I had an entire campaign of it under my belt. I have Scum & Villainy and I’m even running a game with it (watch this space), but I’m not going to talk about that while I learn it.

What then do we have to say about The Magical Land of Yeld, a game I have not run, do not have a group for, nor do I expect to ever get around to running or playing? 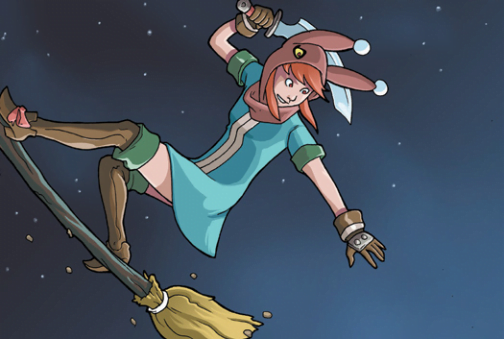 The first thing I want to say is I’m looking at this game because I was asked to, but I bought the game myself before I reviewed it.Matter of principle – I don’t want to put anyone out for a project I can’t guarantee will get done in time, nor did I want to get a free review copy and then dumpster an indie creator’s work. That feels like an asshole move.

I knew I wouldn’t have the time to talk about what’s in the gamebook as a game to be played. I wouldn’t be able to put together a group, not to talk about it in a meaningful way; first I’d need to wait until I was with my playgroup, that we had the freedom to play with it, that we learned it well enough to smooth off the rough bits, and get used to it, then really connect with what this game is trying to do. I can’t do that for you. It’s just not on the schedule, especially in These Times of Heightened Awareness.

What I wanted to do with these books was a read-through, talking about the way the book presents its information, values in the game. That seemed okay, but then I wondered how I’d present it? I mean, read-throughs are definitely casual, but also time-linked and one of their advantages is that you learn the order that these subjects are taught to the reader. If I was presenting an overview, I’d want to present a comprehensive read-through, with checking back and forth to make sure that the book answered questions I brought up. Should I do this as a podcast? Record an hour of me reading the book? A twitter thread? That feels ephemeral, and not super respectful.

After much consideration, though, I remembered Exalted, a game that sells itself pretty well (though it shouldn’t) when you just tell people the things that are actually and literally in the book. And like… if Yeld is going to be your thing, you’re going to know by now just based on that list I started with. 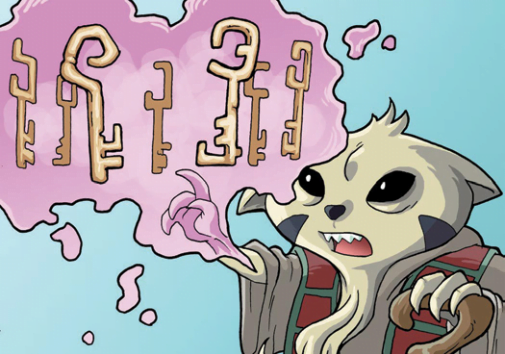 Now with that said, I did want to spare some time to talk about two things in this game; one mechanical, one thematic.

The combat mechanics for this game deserve special mention because there’s a lot of ‘mechanical’ information that’s not really about the interaction of systems, as much as it is about ensuring a particular tone. When you list the advantages of a Witch, for example, there’s that quote from the top of the page – it’s something that lets you hold onto the personality of the witch when you play the game.

The actual combat mechanics of this game are really interesting too, because while they are mechanically played out on an 8×8 grid, with miniatures, it’s not what you’d expect of a conventional miniatures game, where the space is meant to represent a sort of microsized version of an existing combat space. That’s a very simulationist view of the play experience, an attempt to represent objective reality through the game system. In Yeld, instead, the combat system for the game is a lot more like a board game, or a Tactics game, where the player characters are trying to set up combos and interactions and there’s an actual strategic value to interrupting turns. Players hand initiative to one another, and that’s interesting too, with the whole of combat about hopefully getting better and better at things, so players can use their strong skills to set up other players’ weaker skills. That’s interesting, and it’s really enjoyable to see an experiment in RPG combat that is willing to play to the way the genre works.

And part of the way the genre of this game works is that thematic point. See, the premise of the world of Yeld is that you’re a little kid who travels through a magic door to have adventures with your friends, only to find yourself, one day, stuck in the magic world, with a timer ticking down. If you don’t unlock the door and get yourself home, by doing quest for the key, you’ll be trapped in the childish world of monsters.

This is potent, and it’s potent for different people in different ways. 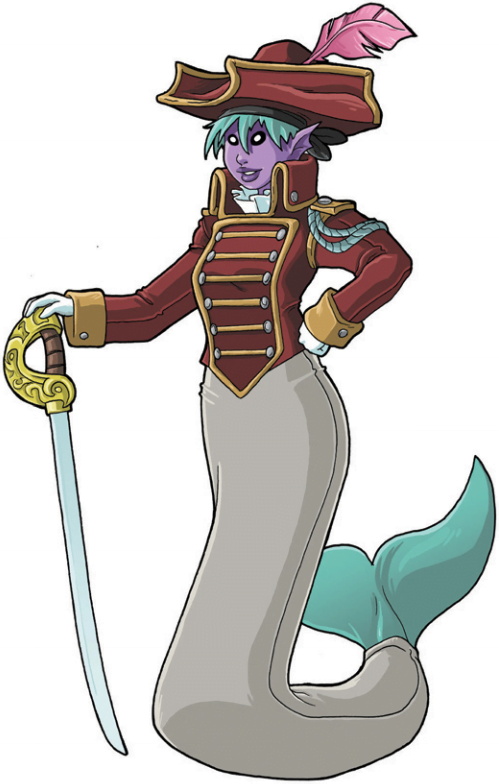 I don’t tend to like speaking to trans issues. I don’t mind doing an explainer for common topics, or talk about ways that cis people can pay attention to trans people’s issues. In this case, though, there’s a deliberate and inextricable reason to do so: I was specifically asked to check this out, and one of the issues suggested I should pay attention to is the explicitly trans-focused text in the starter adventure, Mermaid Hunters.

The thing is, I don’t think I need to look at the explicit text in this case because this game is already screamingly massive about how important one particular trans story beat is. Because this is a game about being a kid and having puberty on the horizon, turning you into something you know is a monster and making you wrong. Similarly, it might be about choosing to remain in Yeld, away from the ‘home’ others are returning to, because it’s better to be away from a place where you can’t be you, and appreciating the way it’s changing you… which is to something other than that which the society you left is demanding.

Yeld is ultimately a really dark setting, and I kind of don’t like the idea that it’s a place where, inevitably, the monstrous lose morality, but I also appreciate very much that it’s a game where the encroaching arrival of puberty and the loss of something as a child becomes the tension of the story. I appreciate as well that the most important thing, after that, presented in the book…

is a character making a choice.

This is a really sweet game book, even if you don’t expect to run it, you should check out the pdf. It’s worth a read, the presentation is good, and it does a lot to be clear and detailed about the things it’s presenting. It’s extremely thoroughly illustrated, and the art direction has a clear, distinct aesthetic outlook, too. Everything it tells you about, it shows you, in a consistent and adjacent way – you don’t get any confusion about what other pictures are on the page that might be the thing described.

And maybe, if you wanna be ten years old for a bit? Go get Yeld! It’s really interesting!