What with my regular chatter about card and board games, and this blog having a feature about videogames, it seems in a way Star Realms is sort of destined to be here.

Star Realms is a deck-builder card game for two players, with a simple adverserial plan: Assemble a deck that can attack your opponent while stopping them from effectively attacking you. You command a little space federation of dubious specific allegiance and spend your authority and trade encouraging the presence of various space factions, who then, to defend your territory, expand your territory by attacking the authority of your opponents, nibbling away on their control of their space, while they do the same to you.

Or maybe you pull of a few short, sharp maneuvers and wipe the floor with your opponents’ forces. It’s a good feeling, it’s a game about big plays or small incremental gains. 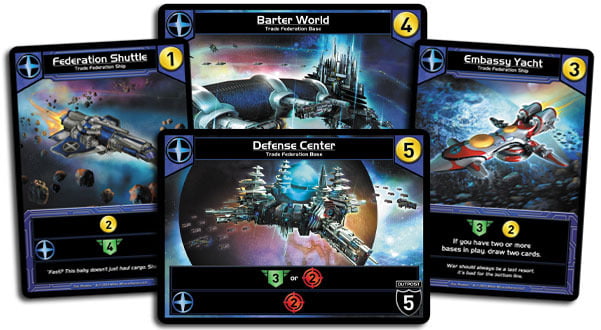 Star Realms is modelled strongly on Magic The Gathering’s turn structure, with an even less interactive model – your opponent can literally do their thing in their own time as much as they want and you can come find out what they did after they’re done. I kind of like this as a metaphor for space combat – long periods of space travel, where things rarely bump into each other in space. You play your cards in full, get the effect they give you, put them all in your discard, then draw your hand and wait for the next turn.

The effects they give you are, broadly, attacking your opponents’ Authority, or, currency to buy cards. Cards care about whether they’re played with other cards of the same time, and you can sometimes junk them out of your deck entirely for special abilities. Lots of the time, your turns are made up of only three or four decisions, making this whole deck builder focused on short-term choices, rather than large, long-term ones and strategies of memorisation. 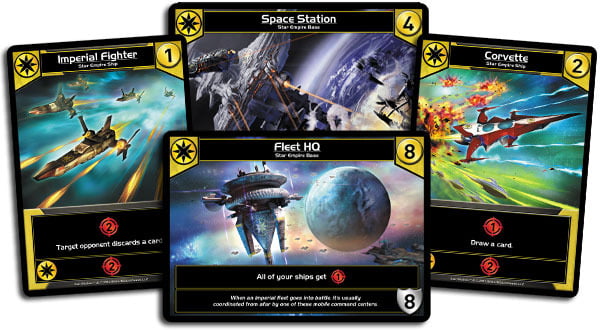 It’s also well delivered: If you buy the game on Steam, you can have it on other platforms at the same time. It uses a profile system that’s cross-platform, so you don’t need to worry about saving or transferring data, though there is the problem that an unreliable connection can leave you playing the single-player or pass-around modes. Oh, it has a pass-around mode!

For anyone not familiar, this means that if you and a friend want to play Star Realms but only one of you has the game, as with the card game, you can start the game on your phone, play your turn, then hand it to your friend for their turn and so on. This sounds like a really simple innovation but it’s great as a way to share this game and shows in my mind the importance of approaching these games from a philosophy of material play. 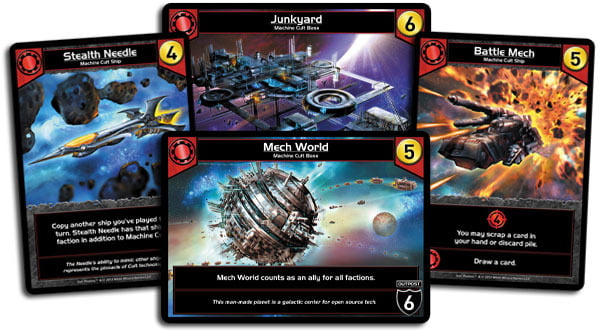 Call this one a bit of a gimme: Star Realms is a really robust little game, and its demo is free, and widely available. If anything I’ve described strikes you as interesting, then you absolutely should give this game a shot. Yet I will offer one caveat as pertains to the game as a physical game.

Star Realms the digital game does all the shuffling for you. No big deal, you may think, but if you’re not prepared for a deck builder game, you might be unprepared for this: In this game, you’ll be shuffling a deck of cards ranging from 7-8 cards to 20 to 30 cards every few turns. It feels a bit silly pointing out such a small pragmatic concern, but if you’re inclined to giving this kind of game a shot, try it out digitally. 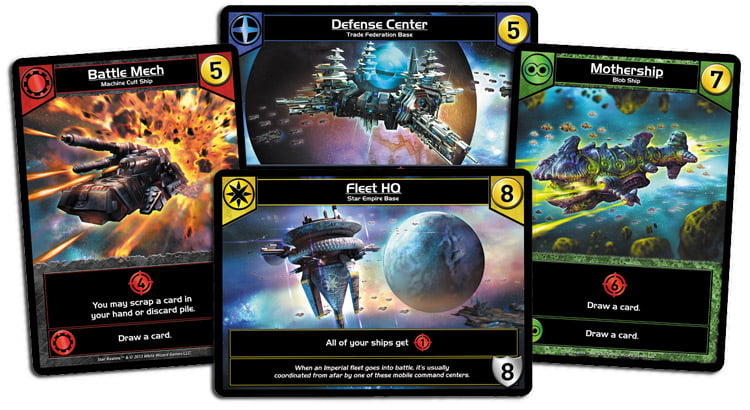 The game you get in cards is the same as the game you get on your phone. If you’re interested in seeing how physical and digital card games can be, these days, based on single purchases rather than big, sprawling microtransaction-based experiences like Magic: The Gathering and Hearthstone, then Star Realms is a really great introduction to modern card game forms.

It’s also a bit more handleable than those other games. With only a few play-throughs of the game, you’ll know – generally – what most of the cards do, and even if you don’t remember what your opponents are taking, you’ll have a generally robust idea of what kinds of things they do.

You can download a free demo which upgrades into a full copy of the game at Star Realms’ official website.