This… will be short. 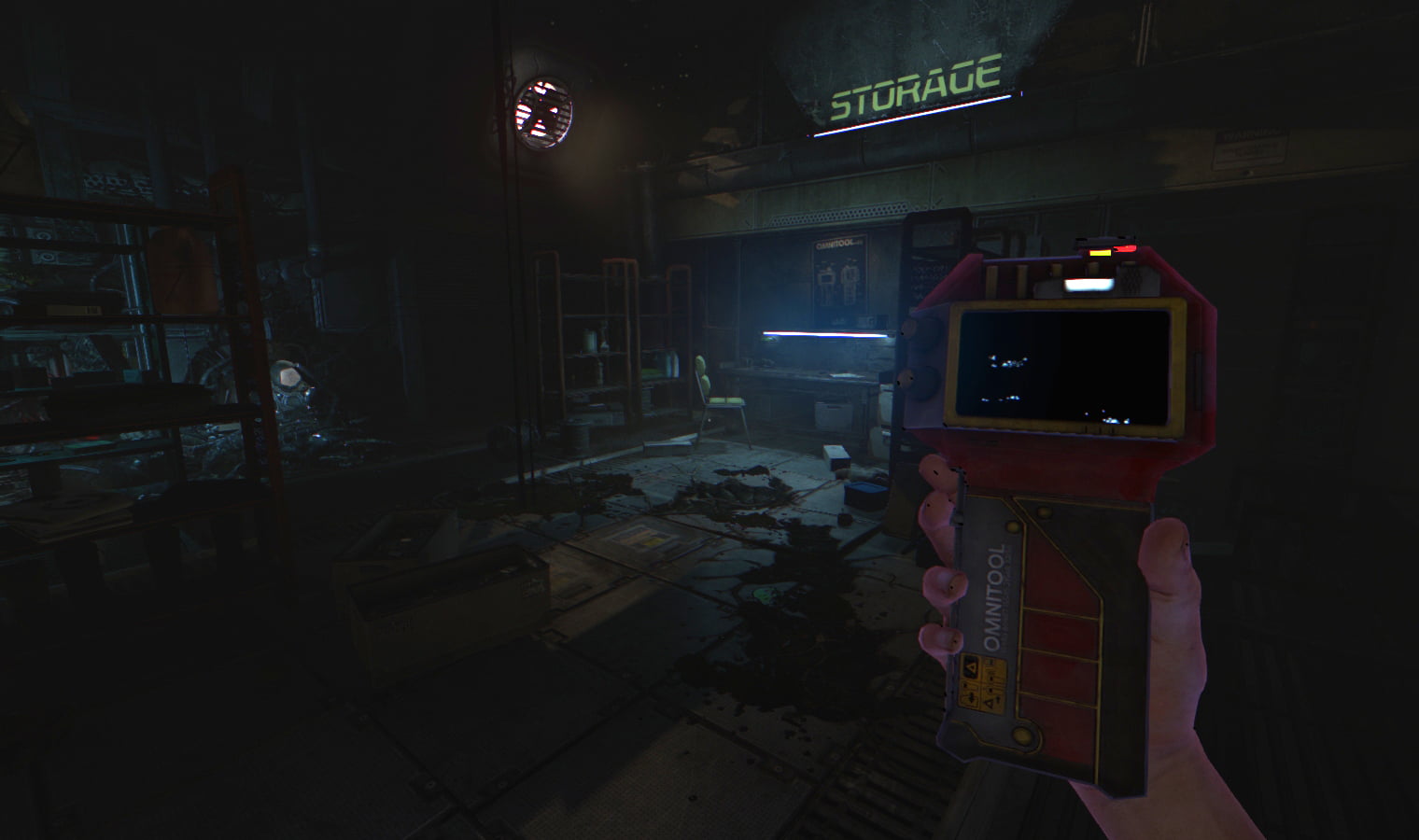 Hand on heart, I didn’t finish SOMA. I didn’t care to. I think at a certain point you have to accept that you’re not so into a game that you want to talk about. I turned on tourist mode, redid a bunch of SOMA but was still so apathetic to the discovery of where the plot was going that I stopped. The simplest summary is SOMA is a psychological horror game set in an underwater science base where you spend a lot of time messing around with questions of like, what’s the boundary of identity, maaaan. I tried to play it as a horror game for October, and I didn’t finish it.

This follows a pattern: I didn’t finish Amnesia: The Dark Descent or Amnesia: A Machine for Pigs, either, and instead went looking for play videos and writeups and explanations for what was going on. It isn’t because these games bother me – it’s rather because they kind of bore me.

There’s a lot that goes into making effective horror, and one of the things in a game is you want to resist giving the player too much power or control, because those things tend to make horror hard to work with. Now, some games, like perennial podcast fave Duskers give you lots of control, almost too much of it, so when you lose control, you really feel it. In Condemned, Criminal Origins a game I almost put in this slot, there’s a lot done to give you power over yourself and your environment, but that variety of power is very limited. 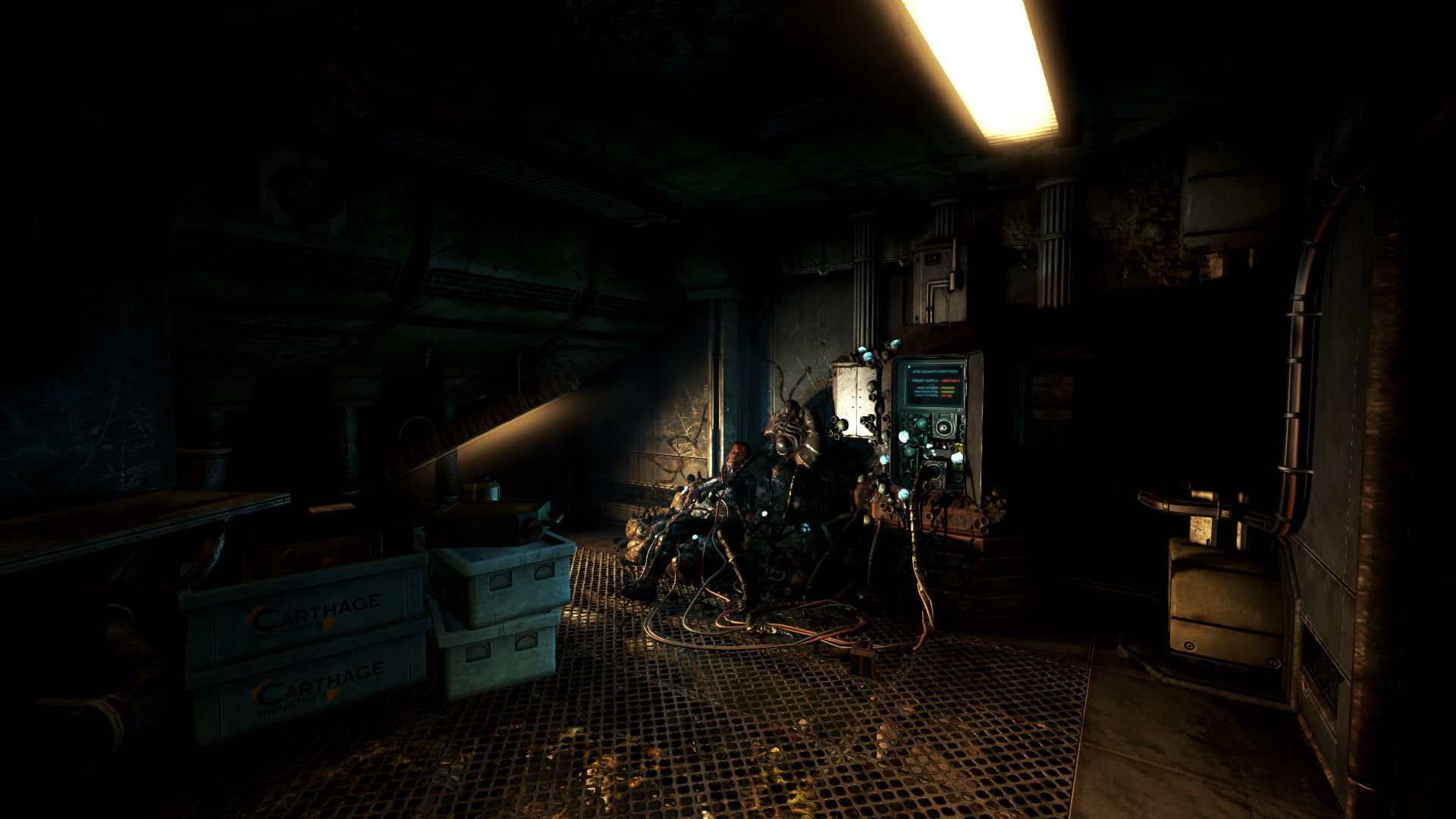 SOMA wants to limit your ability to interact with the world, while its interface wants to make you treat the world as if it’s full of objects to interact with, and then, treats the world like you’re wearing a big fridge box. Your engagement with the world is delicate, as you pick objects up, but you can’t put them back delicately, and when you try, you drop them on the floor like you can’t quite reach the table. When you run to a bench that reaches your knee, you can’t vault over it or move past it fluidly – like you don’t really have knees. At the same time, this is a game where the angle of a door opening can be controlled very finely, and you need to make sure a switch is flicked all the way with your mouse movement.

It’s really frustrating! It’s clearly meant to make some parts of the game feel challenging – getting around the WAU for example could be a bit too easy if the big stompy blob couldn’t corner you in the kibbly, broken environment of the undersea.

There’s this process when you’re controlling – well, anything, but games are a really obvious place you notice it – which Marshall McLuahn refers to as autoamputation. I call it abnegation because it’s less creepy sounding, but for a game like this, autoamputation might work a bit better. It’s a description of the process where, while working with a piece of media, your mind unconsciously ‘removes’ the limbs you use to interact with it – you stop thinking of the controller as an object you hold in your hand, but rather, you think of the behaviour in the game as your body. You do not lean the stick that turns the camera in the game that represents your body towards the left, you say turn left.

SOMA is at its core, a game about autoamputation – about the things your brain is doing to manage your body. Characters don’t recognise when their bodies aren’t human any more, in the same way you don’t recognise your nose is literally in front of your eyes. A robot waves a clasping arm and insists that it’s a hand, even though it can clearly look at it and see it, because the brain, the human engine of our senses, is busy making what it sees work. This autoamputation is at the root of the way people exist in SOMA – as long as the brain can make what it’s doing work, the rest of the body will sort itself out even in the face of evidence that it’s not working. 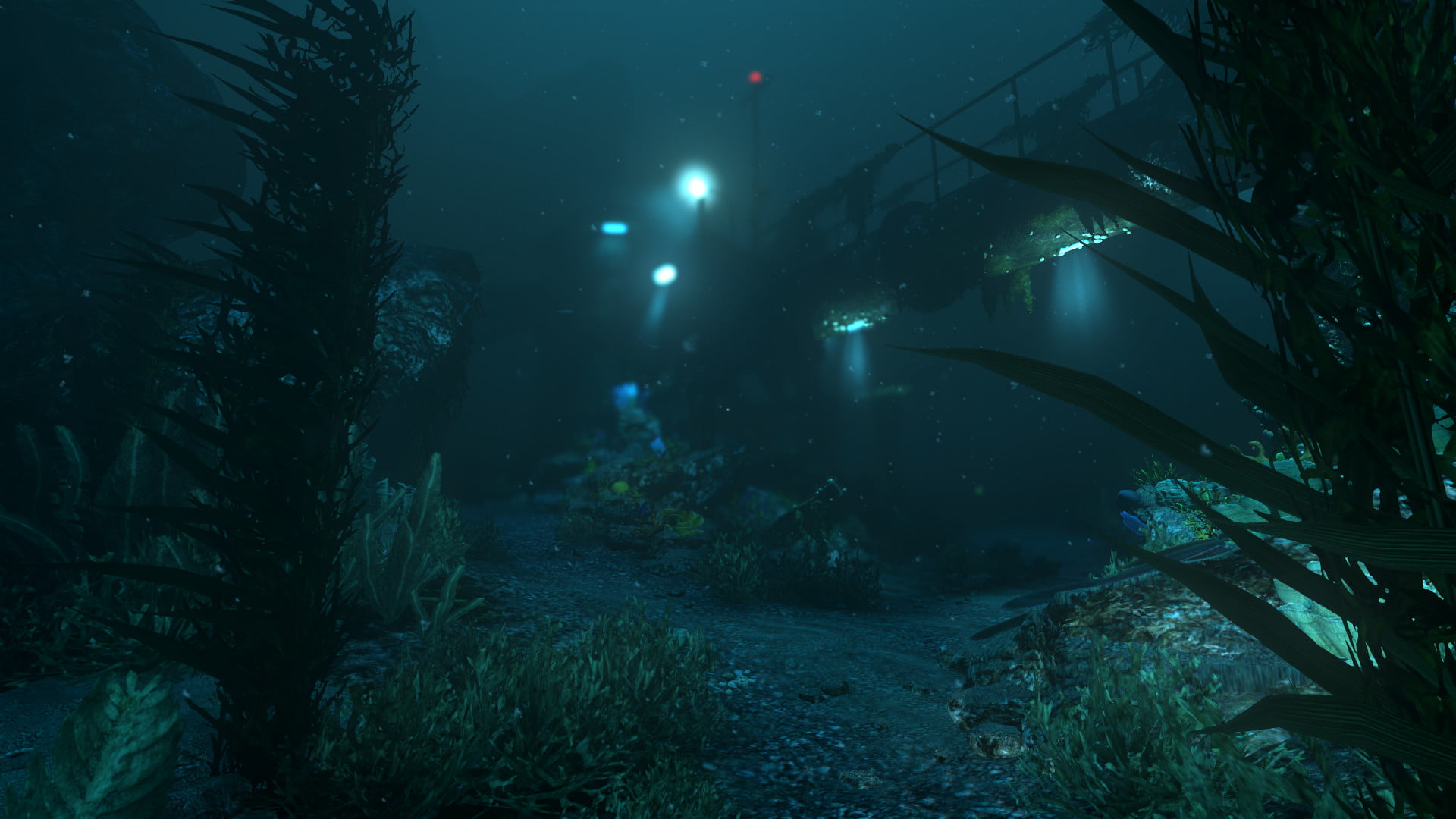 It’s about where we define the boundaries of ourselves. How we handle what it means that when we close our eyes, a different person opens them. How this happens every single day when you blink and when you go to sleep, and how computers and machinery, hypothetically, represent a way to do this wrong, to draw a line between the self of this moment and the self of the next, and let those two moments spiral off in different directions.

Amnesia wanted to hunt you.

SOMA wants to haunt you.

I just wish you didn’t handle like a gorilla in a box.