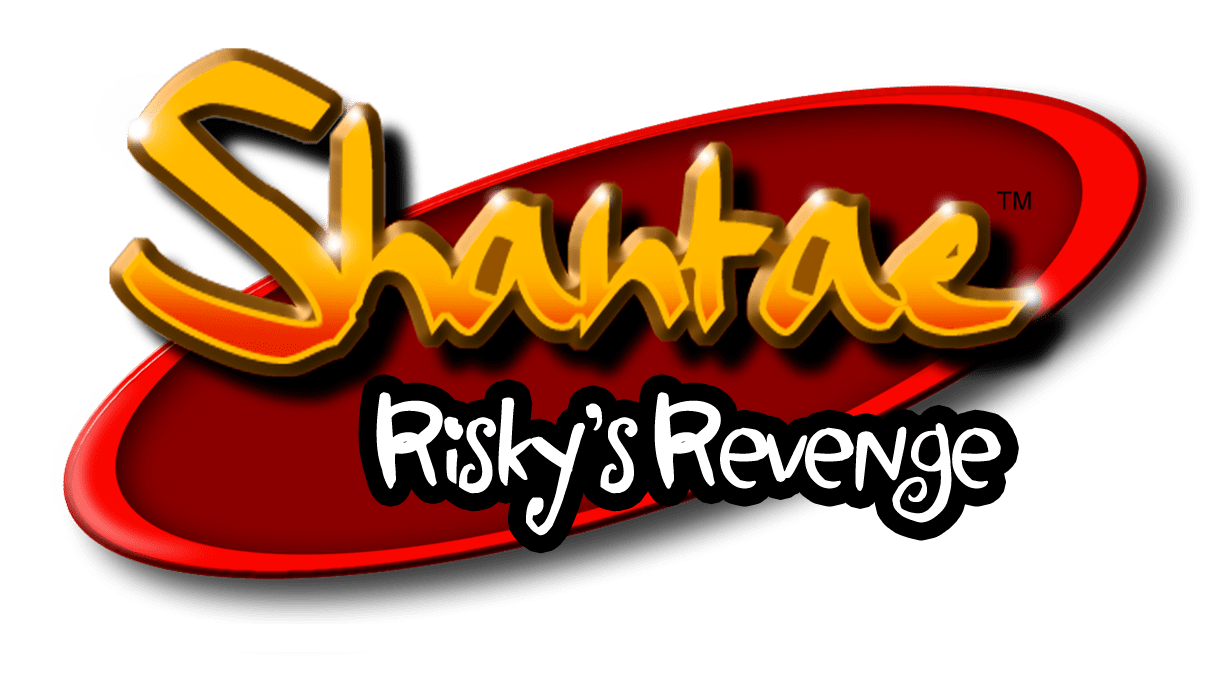 Wayforward games are a production company attached to a surprising variety of games. On the one hand, they have games about bullying blonde prisoners into washing your car, or the Smurfs tie-in game, or the creepy-ass Sigma Star. On the other hand, they’re also behind Ducktales Remastered, Aliens Infestation, and the Adventure Time games, and the franchise that recently put its first showing on Steam, Shantae.

What will we see of their work then, here in Shantae: Risky’s Revenge?

Shantae, half-genie hero of the town of I don’t even remember begins the game by a super-basic tutorial for the proper application of whippin’ your hair back and forth. Then you’re sent off to see an amazing relic that was found by your uncle figure, who I am sure you might have some attachment to if you’d played this game before, or maybe its prequels and related games. Really, though, this game doesn’t try much for depth of characterisation; your uncle had a thing, a pirate nicked it, and now you’re off to steal it from her, off you go, there’s your lot. You have to collect the three things, but before you can collect all of those three things you’ll need to collect three other things, and before you can collect all of three other things, you need to collect three other other things and there are also squid.

Shantae: Risky’s Revenge is a Metroidvania which is large enough to make exploring pretty fun, but not so large that you spend aimless time making what feels like No Damn Progress At All. It gates its content reasonably well, and there’s always something to double back for, so that even when you do get lost there’s something to keep flowing. Sure, you may be futzing around in a desert and making no proper progress, but hey, look, there’s a mysterious cave and look, when you solve the puzzle, you get jam.

I’m not joking, jam is the upgrade currency in this game.

As for the game’s gamey bits, well, they’re good and gamey. Nice and chewy. There’s a degree of refined precision platforming. There isn’t a very high skill threshold, with a Zelda-like heart system, and some death courses, not to mention at least one R-Type like horizontal scroller (why). Good gameplay mix, interesting upgrades, a varied feeling of exploration and guidance – you know, the things you want out of a good Metroidvania type game. Some bits are a wee bit on the rubbish side, like the Battle Tower, or the fact there’s an achievement for killing a puppy.

So, I give this game, a Game out of Ten.

If you’re in the market for a blue sky game, Shantae: Risky’s Revenge is perfect. It’s bright, the locations are created using lovely pixel art. There’s an energy, a sense of fun to it. Some of it’s little details – like the way there’s a bird that’s part Wren, part Finch, who’s part of solving a puzzle where you need a Wrench. Or maybe the time when you don’t hand over a quest item you get a funny speech about how the person had been relying overmuch on the quest item. There are enemies that, if you’re out of range, blow kisses that leave wafting red hearts upwards, and if you jump too close, those hearts hurt you.

Some of it’s bigger than that. This is, at its core, a videogame where you travel to all the zones and collect all the things after beating all the bosses, and you start the game by fighting off a pirate ship that runs around on big metal legs and spits barrels at you. You gain abilities called monkey bullet and elephant stomp and one of the key items is a tasty meal. There’s this old-school yearning throughout the whole game, and it really reminds me of Wonder Boy 3, in a lot of positive ways. I certainly liked the game as I was playing it – I didn’t find anything mechanical to complain about.

Plus, it’s a really girly game. It’s a game where the protagonist is a girl, the villain is a girl, and most of the key characters in the story are girls. You don’t upgrade your weapons with dead souls and machine guns, you upgrade them with magical jam and hair treatments. And that shapechanging? You do it by bellydancing.

I don’t want to rain on anyone’s parade. For, oh, let’s say, half of you, chances are this game will be just harmlessly good-looking and full of cute girls.

On the other hand, uhm.

How to phrase this…

As a game, Shantae: Risky’s Revenge seems a bit pervy?

Like, on the one hand, the characters are a variety of women with motivation that ranges from helpful to duplicitous. Some are ambitious, some are easygoing, some may want to eat brains and some are helpful and heroic defenders of their homeland. There’s that variety, at least, but um.

You notice the banners for this game?

Yeah, that’s kind of how this game looks. A lot.

I don’t have a problem with characters in media looking sexy, and I think anyone who knows about my writing output won’t think I’m much of a prude, but there’s enough regular and repetitive use of female bodies as background decoration and of characters strangely presenting to an audience member that I felt a bit uncomfortable playing the game. It felt that this game wasn’t necessarily treating the characters as sexy, but was treating them as sort of objects? That there was a deliberate aim to titillate in addition to all these other things.

That casts some of the other stuff in the game in a slightly uncomfortable light. There’s no sexualised death or violence (that I saw), but what if your fetish is for ladies turning into elephants? Maybe that’s why Shantae turns into an elephant? And there’s nothing wrong with that, but this undercurrent of titillation, of naga girls and zombie girls and slimes and mermaids just… makes me cautious of recommending Shantae: Risky’s Revenge wholeheartedly.

Of course, if you’re into what the game offers, hey, fill your boots! There’s plenty here and they’re in a really fun game as well! Just please be aware that this game may be full of girls to enable titillation rather than empowerment.

You can get Shantae: Risky’s Revenge on Steam, and it’s also available as an NDS game. I can’t speak for how well it works on that platform though!