Here’s a game that kinda wound up being nothing I wanted.

Momodora: Reverie Under The Moonlight is the fourth game in the Momodora indie line of games, and a prequel that explores the story of a background character from the previous games, Kaho. You play Kaho as she explores her extremely cursed country that is besieged by witches and plagues and an evil corrupt queen, which you oppose by going around an increasingly accessible map full of increasingly dangerous things, find the biggest things in each zone, and kick the living stuffing out of them, gaining an ability that lets you unlock the thing that lets you go after another big thing in another zone. It is an exploration platformer as we say.

The game uses a deliberately adorable pixel aesthetic, surroungding you with cute little trolls and bumbling ghosties, and a big ole centipede lady to fight in the first area, which you oppose with such typical videogame abilities as double jumping, shooting arrows, and hitting things with a big leaf. What this game promises – like, it’s part of the advertising – is a Dark Souls like experience, where execution matters, life is precious, and skill is rewarded in a game about being challenged and learning through your failure. 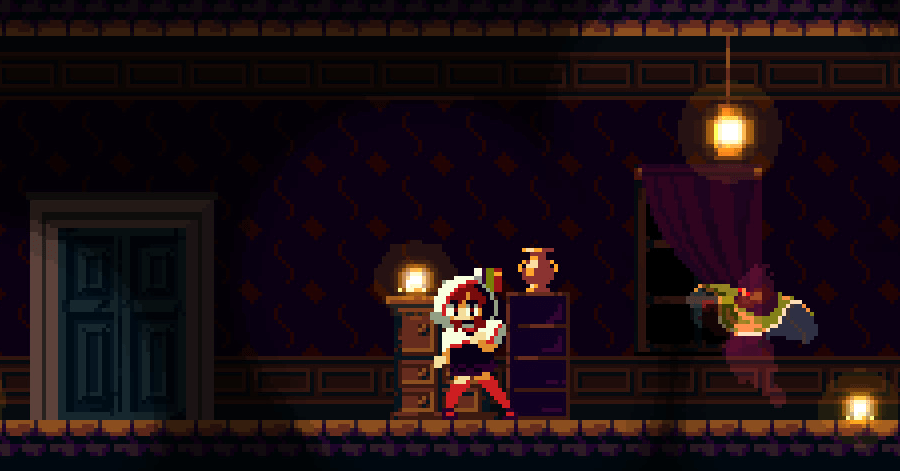 Also, the game has a very girly aesthetic; there’s a cast of mostly women characters, and all the major characters are girls. Not even women, just girls. Some of them are grown up and married and yet… girls. One of them is a towering giantess with enormous boobs that are literally bigger than you are, but still, it somehow manages to be about girls. The women I knew who were interested in it referred to girlfriends and it was even suggested to me as a Yuri Game (and to the friend who suggested this: I am sorry for what you’re about to read).

What this meant, going in, was I was expecting an interesting, challenging exploration-based game modelled on Dark Souls but with queerness, a greater sense of vertical space, and an adorable aesthetic where you turn into a kitty. This could be great. 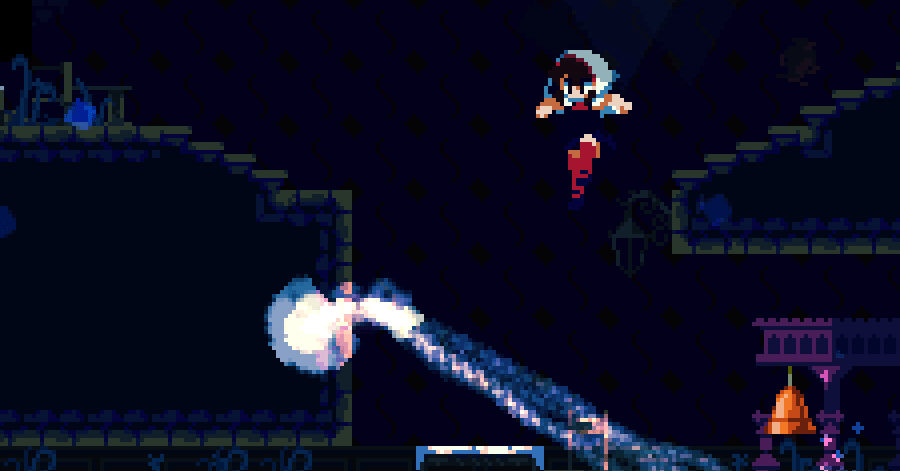 Conventionally it’d be unfair to compare this game to Dark Souls, but it did it. It did it itself. I’m not being hacky for comparing it to Dark Souls, which is good, because I want to do that comparison, because it actually does a good job representing an element of Dark Souls.

Dark Souls is a game of deliberate action; movement is precise, and there’s not a lot of forgiveness compared to a lot of games that are about navigating a body. It’s a game that uses its animations to set up anticipation and presents you with repetitive enemies with an array of weaknesses so you can build on your expertise and become familiar enough with the game that over time very difficult challenges become very easy. It’s a good formula, and Momodora: Reverie Under The Moonlight definitely has shades of that.

Now, this is normally where the concerns about too hard or too easy come up. I don’t like Momodora: Reverie Under The Moonlight, and I would like it to be easier, but I’d like it to be easier so I could have finished it faster. As it is, I took too long to make progress, it moved too slow, and that meant my feelings about the plot, the world and the lore became much more tempered by that effort. The difficulty of progress meant that the story was not happening, the story was something I earned.

Then, with my effort directly tied in my mind to the story I was experiencing, I was left with an overwhelming feeling of bleh. 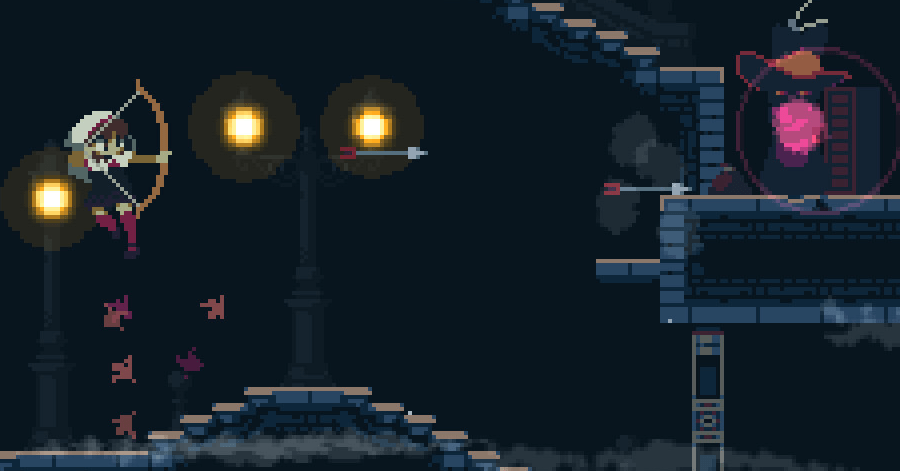 I think the thing is that Momodora: Reverie Under The Moonlight is a depressing game. It’s a game about trying and striving to do a thing, and your best success you can manage is to lose everything and die, but at least things won’t get worse still. That may be for the best! After all, it’s trying to work like Dark Souls, is it not? The famously depressing, fatalistic Dark Souls, so why am I sad that this game is miserable?

Well, part of it is that Dark Souls feels rewarding to be good at, and I was able to get good enough at Dark Souls to finish a few of them. Another part is that for all the sadness and grinding difficulty of Dark Souls, the game transpires on a time scale that even the fastest version of the narrative takes centuries to play out, centuries for people to live and grow and hope and solve. Dark Souls‘ sadness is there, but it is also compelling. It is engaging. The tragedy of Dark Souls is a slow inevitability, dotted about with hope. It is a game where people can build and grow.

Dark Souls games show that all things end – but it also shows many things are worth letting end. They are about mortality and finality and the things we do to make things that last. Momodora: Reverie Under The Moonlight on the other hand, is about watching a series of cute girls dying. 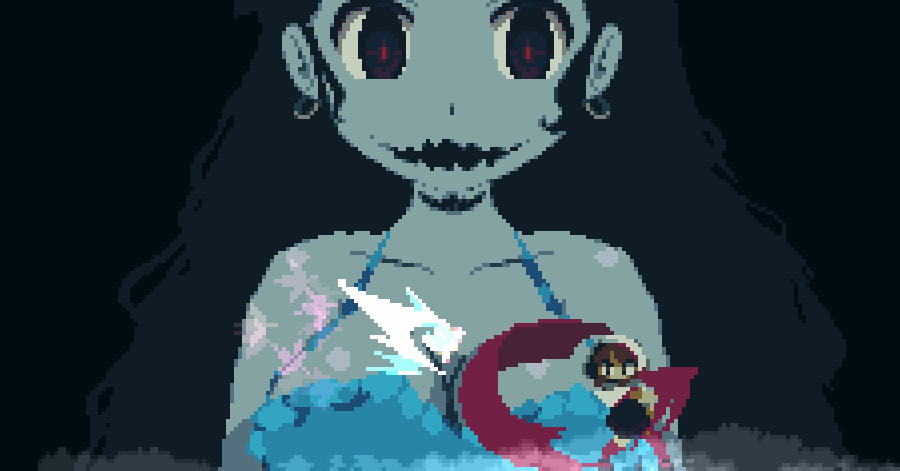 I’m not saying this game is hard to like or even bad. It didn’t work for me, and it certainly didn’t feel like queer media to me. There’s a villager who will flirt with you very shyly, which, sure, that’s cute, but it didn’t feel like this was a game with queer girls in it as much as it felt it was a game about watching girls suffer and therefore there was no real reason for there to be boys around.

But it’s not. I can’t even squint at it to see some excellent way of interpreting ‘best case scenario is dying.’

It’s just a game about watching a cute girl die, and making you work hard to see it.