Hey, this December, I’m going to try and make sure that I talk a little bit about games that you don’t necessarily need a lot of money to play. I liked how I did some folk games last year and I thought this year, since social distancing is a thing, that it was worth my while pointing out some ways you can have fun, online, and ideally socially.

This is obviously not the easiest thing in the world, but the good news for me at least is that just in the tail end of November, City of Heroes: Homecoming launched a whole new issue, ‘Issue 27’ and that makes it a great time to talk about that, and how to get involved if you want to.

First things first, City of Heroes Homecoming is a free server for the shuttered MMORPG, City of Heroes. If you want to play it, knowing that alone, you can check out the forums here. This game is a very 2005 MMORPG; I am not going to try and fool you into thinking it has amazing, compelling gameplay that’s great for its own sake or whatever. What it is, and why I play it, is because it is a fun toybox full of dollies I can dress up and customise in ways I find fun and compelling.

Still, if you are interested in trying this game out, or you played it, and you’re surprised to learn there’s ongoing development, then I’d like to offer you a summary of some stuff that’s changed in Issue 27: Second Chances. If you like to read your patch notes in the form of patch notes, well, check that out here. 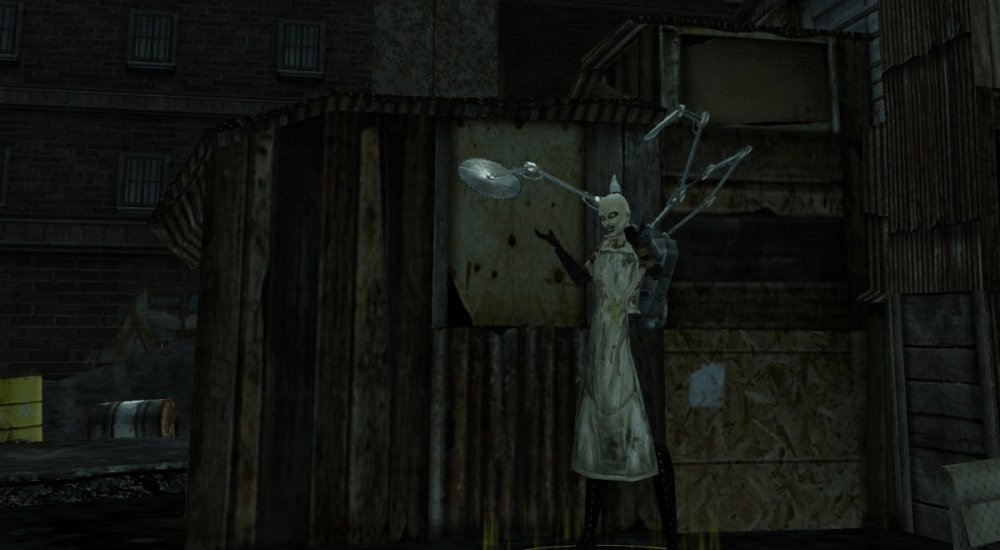 First up, there’s some new content. There’s a hero arc called The Graveyard Shift, set from level 20 to 29 and a villain arc called The Freakish Lab of Dr Vahzilok, 30-39. The arc is an expanded Vazhilok arc. That means there’s been a boost to the Vazhilok as a faction, filling them out so they don’t drop off the map in their prior space. If you’re not familiar with the Vazh, they’re basically body-snatching creepy doctors who steal corpses and are seen with stitched-together zombies and the occasional undead patchwork of dead superheroes held together in a gimp suit like beef stew in a sock. The Vazh are great villains and it’s always been quietly weird to me that they drop out at the same range as groups like the Skulls and the Outcasts, who are, for lack of any better descriptors, ‘gangs, with superpowers.’

There’s also been a parse through some of the blaster secondaries, which were all working a little oddly. Of particular note, Plant Manipulation was a little too powerful and gave blasters out-of-scale control powers. When contacted for their opinion on this, blasters as a whole responded with ‘what?’

There’s been an adjustment to Trick Arrow, to help it with scaling problems; higher level opponents were able to ignore the debuffs, just thanks to level scaling. I can’t attest to how that went, but Trick Arrow is one of those sets with some extremely hardcore fans, and if you were always hoping it’d get a look, now is a chance to check it out. 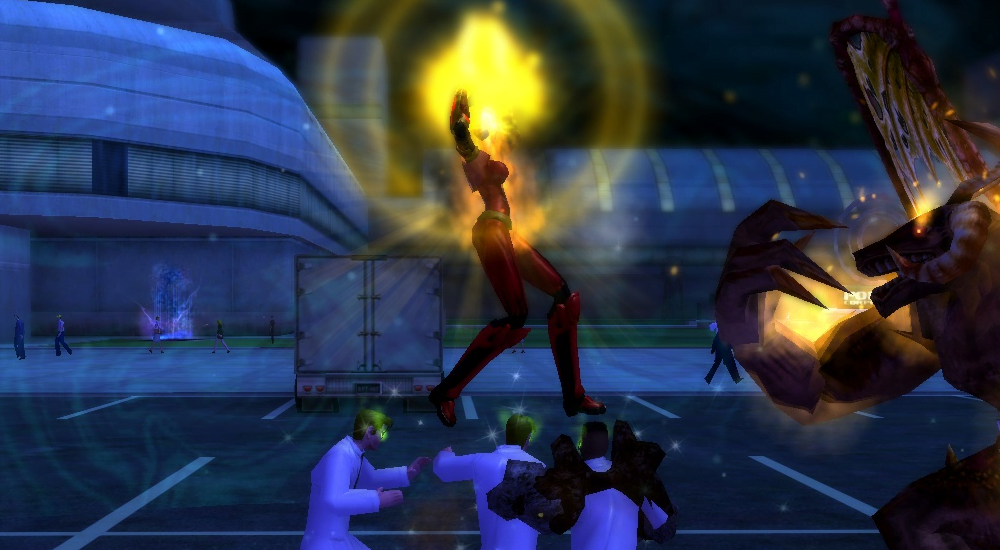 One of the big ‘new’ things is that Energy Melee has been proliferated to scrappers. This involved a major revision to the way Energy Melee worked. If you know me at all, you might know this was a contentious subject for me – I was firmly of the opinion that the original changes were worth making, and the claims about the set being ‘ruined’ were very clearly badly-made arguments.

Still, I have definitely come around on other, better arguments, like the way the sets virtues weren’t creating an enjoyable play pattern, and how it was still capable of being improved within its bounds without becoming overpowered again. That’s what they opted for here with this revision and proliferation.

The big hits are that Total Focus now has an animation that’s about a full half-second shorter (trust me, you feel it), and it now charges up other powers with a sort of combo mechanic. You can chain Total Focus into other powers for greater stuns or AOE damage – or, you can chain it in to Energy Transfer and get the old fast animation, woo. It feels really neat, but it also feels like that one-two king hit power punch.

The problem with porting Energy to scrappers was simultaneously the complaint that it was too weak (shut up), and that the random crit chance on energy melee powers, with their high base powers, would make it too strong (which can be true, even if it also sounds stupid). The play pattern would be made up of these rollercoasters of failure and success, and it makes it feel hard to feel like you are doing something rather than your powers choosing to at random.

What Energy Melee gets now is, in addition to its slight improvements and Energy Charge mechanic, is that the crits on the bigger hits are ‘soft’ – they increase damage by 30%, not 100%, and Energy Transfer’s ‘crits’ don’t do any extra damage at all – they now heal you instead of hurting you on a hit. This is supremely sweet, and also helps with the fear of ‘dying due to mistiming’ that plagued less-practiced builds. 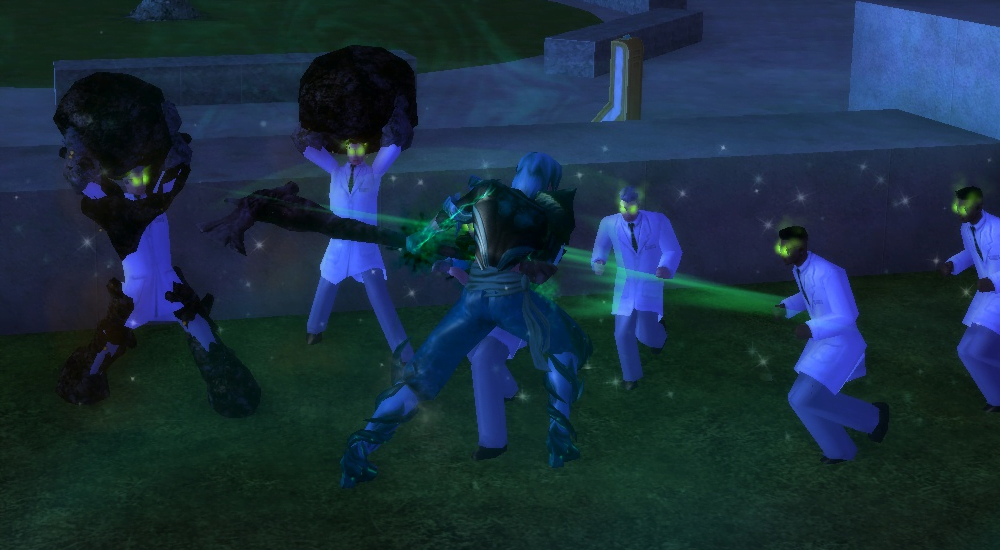 Titan Weapons was given a bit of a fix and by fix I mean Nerf. Titan Weapons was a real savage outlier back in the day, and while we have Psionic and Savage Melee more recently, Titan Weapons was still the last ‘live proper’ release. It was also really bloody good, and now it has been winched back to ‘just pretty blood good.’ If you’re not a power user who solos Archvillains and Pylons, you probably won’t notice the difference except that levelling up is a little easier because one of your attacks recharges faster.

One last addition, that I’m kinda intrigued by is the revision to the old ‘Long Range Teleport’ power. That power, which let you teleport from zone to zone on a long recharge, is now available as an accolade power for finding exploration badges. Every zone where you have an exploration badge, you can now teleport to. This is really nice, and it means that characters who can, for example do ‘teleporting spells’ or have access to ‘a fast response teleporter’ don’t have to use that same teleporter for their travel power. It also encourages more players to run around grabbing exploration badges and check out the interesting nooks and crannies of the city to roleplay in. I like that.

It also means that Long Range Teleport has been replaced with the delicious power ‘Fold Space.’ Fold Space is basically ‘Wormhole, minus the controls.’ Which is to say, you teleport a fireball sized chunk of enemies onto the top of you. For some characters, this is a great way to work as an aggro tarball – pull a huge pile next to you. For others, it’s a great control toy, as you dump enemies next to you in a hazard you have set up. It’s a really interesting power that I have immediately slotted onto three characters to make it ‘feel right’ for them and I’m really intrigued to see how it’s going to play out.