One day, everyone was all about Heat Signature.

I hang around in a slack, which is a thing a bit like a discord but with fewer memes on the loading screens. It’s most populated by queer women, and one of the things that happens is we talk about the games we’re playing and what we’re doing and sometimes people will us the channels to share recipes and – it’s like I’m a member of a really mundane nerdy book club, basically.

I live in Australia, on the other side of the planet to most of them, and that means that day time and night time are kinda inverted for me. My mornings are mostly made up of them chilling out in the evening, leaving me feeling like I missed out on the whole middle of the day, and what developments led to the actions of the evening. Basically, imagine always tuning in for the last ten minutes of a movie.

And one day, everyone was playing Heat Signature. 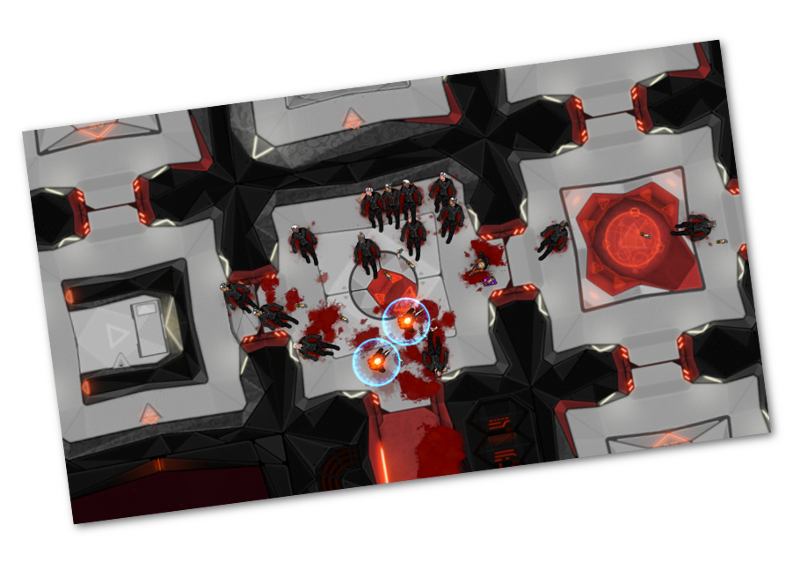 Heat Signature is a game by Tom Francis, aka Pentadact, a man who I personally hold in such high regard I teach his words to students, which is a fact I’m sure would weird him out a little bit. He gave the GDC talk How To Explain Your Game To An Asshole, which is a very good talk I bring up when I want to show my students the idea that they need to have a handle on the why of their game and not just a list of the what. He also made Gunpoint, a game I loved a whole bunch. To give you an idea of Francis’ idea of approach, Gunpoint started you off falling out of a building, and Heat Signature launches you through a tutorial by throwing you out a window into deep space. It’s a recurrent theme.

Anyway, as my friends talked about this game, they happily talked about it, and then one made a fascinating comparison: It’s like Hotline Miami. And then I was interested. Because of course I would be. Because I’m one of those humans who can fall into the violent synasthesia of Hotline Miami and find something refreshing in again. In again. In AGAIN.

With that in mind, I got Heat Signature and I played it and it’s not very much like Hotline Miami. I mean, I’m not saying anyone making that comparison is wrong. I don’t know how they play Hotline Miami. I know that for me, Hotline Miami is a game of frantic trying and slowly letting my brain shut out the action. It’s about not planning as much as it is knowing. What enemies are doing, where they are, and reacting faster than the game itself can tell me things. In a lot of ways playing Hotline Miami is a matter of a sort of unconscious play in its purest sense – times when you can’t tell how you got where you’re going because you’re just doing it, and the brain is spending its time trying to catch up.

Heat Signature is Hotline Miami by way of X-Com. 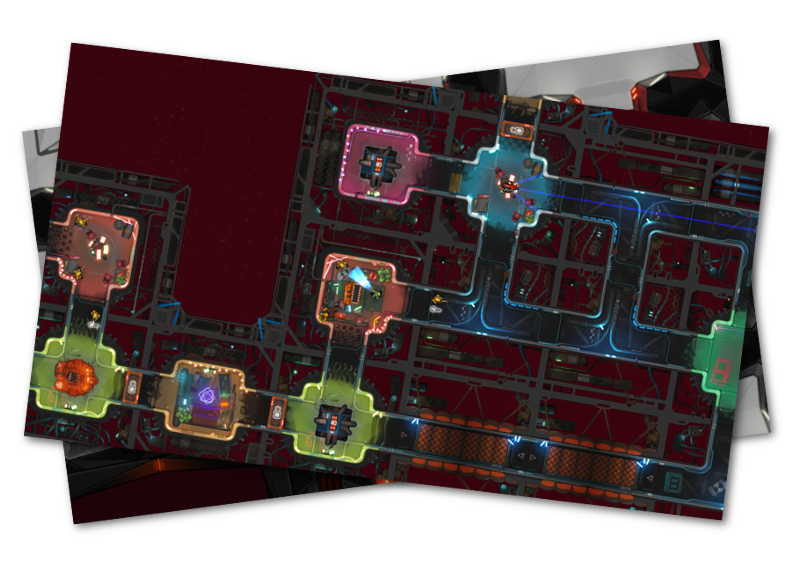 Every mission you take – well, no, every mission I’ve taken, there could be all sorts of other things going on – in Heat Signature begins with you bolting your space ship to the side of someone else’s space ship, and heading in to do something glorious or stupid or both. And you can do this thanks to an array of tools like teleporting devices that let you ‘steal’ items that are on the ship to you, or remotely control your own ship to recover your body tumbling through space, or just good old space-wrenching people in the head. Rather than try to manage this all at once, though, you can at any time press the space bar, pause the game, and plan your next move. You can even ‘buffer’ a move, and that buffered move will happen as soon as you un-pause it.

This leads to play experiences where your character runs into a room with three guards, lunges at one to knock them out with a wrench, flings that wrench perfectly at a second guard, teleports the gun off that guard into their own hand and shoots the third guard with it before any of those three guards had a chance to react, and it’s very fluid and stylish. Of course, doing that, you paused three times – and now some of your things (like the teleporter) are recharging, and they made noise (like the gun), so you may have other problems coming your way, and you may have gotten into the path of a security camera or a laser turret or, you know, just something.

Another good comparison might be Superhot, but where Superhot wanted you to get an intuitive feel for things like distance, and treated its levels mostly like a kind of puzzle. In Heat Signature the levels feel more procedurally generated (and I don’t know if they are), and more emergent. It’s much more likely that something can just go colossally wrong in a Heat Signature level than in a Superhot level, and the failure state in Heat Signature is to lose your agent and have to go get a new one. 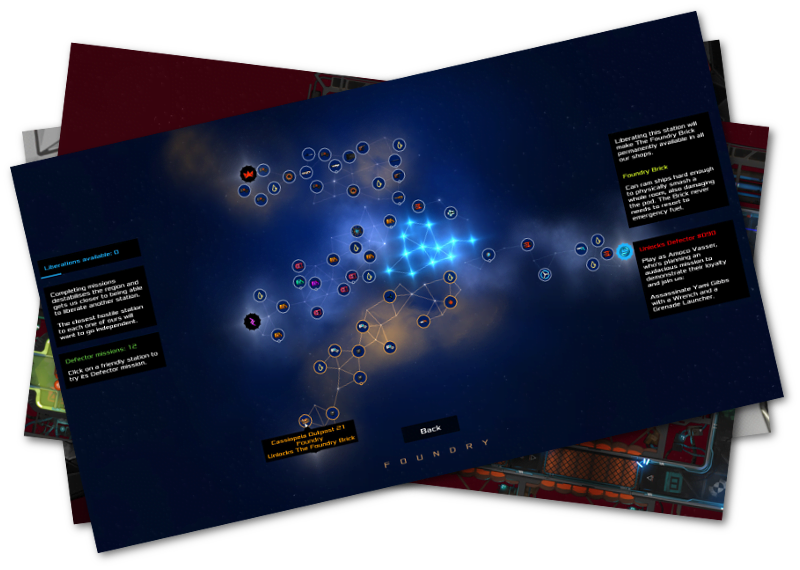 So with that talk about the systems of Heat Signature aside, though, you might notice I haven’t really spoken about plot or themes or character the way I do. What’s it trying to be about?

I’ve played this game for a few hours now and the main thing I can remember is that you’re liberating things. There’s some gameplay loop and some advancement but I just don’t see myself caring that much – because the game is serving me up an endless buffet of go do the mission.

I’ve talked about failures of motivation in the past, and this is kind of an example. None of what Heat Signature offers is bad, it’s just that I’m so motivated to get into those complicated, tangled puzzle situations of a mission that I don’t read the other things.

I actually wonder how much of this is access based. You’re zoomed out far, the text is pretty small. It’s honestly kind of hard for me to read. It’s funny, really – the crucial mission information is easy to read, I haven’t failed missions for it – but when it comes time to want to learn about this world, to hang out, to be part of that world, and learn about the why of Heat Signature, I just don’t.

It’s a tribute to how fun this game is that I can Hotline Miami its plot.

You can get Heat Signature on Steam.