Two things before we start. One, I backed this game on kickstarter, because a friend of mine, Calvin Wong Tze Loon, talked about doing work for it on his twitter. I followed that, thought it looked good, and backed it. I have, therefore, a clear connection, socially, to the making of this game. As it happens, Calvin’s main job was editing the rulebook, and the rulebook is pretty stellar, but I would say that, wouldn’t I.

A wondrous world of plants, potions and familiars await in Familiar Alchemy, a semi-cooperative game rooted in Scottish folklore.

See that? See them bolded words?

What I need you to know is that’s a fucking lie. 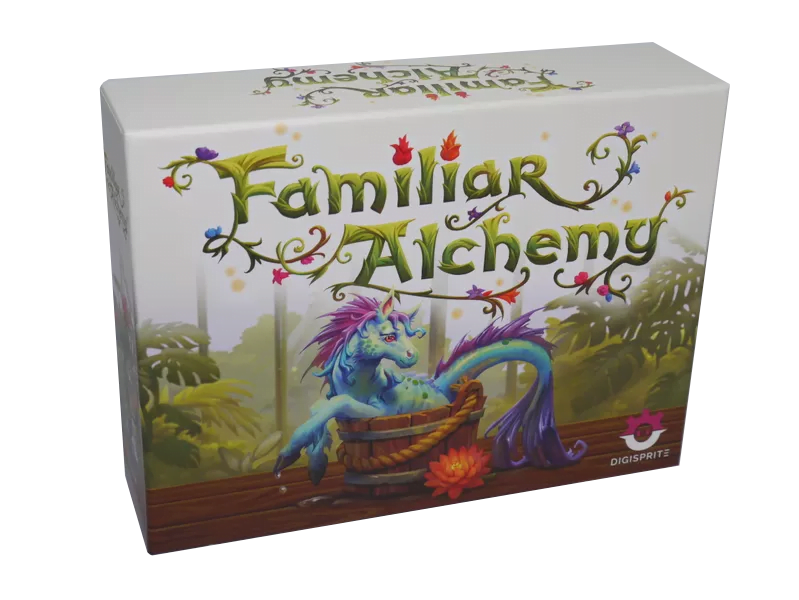 Familiar Alchemy is a competitive game where you and other players all play apprentices of an alchemist. You take care of the alchemist’s herbs and have been assigned to deliver a certain number of potions, with the other apprentices. You’re not on your own, though – you have a delightful familiar, a creature from Scottish folklore that can help you in your task – by holding herbs, and even doing weird things to those herbs.

Together, you each work on these long-term projects, and when one of the potions is completed, you get a new work order. The game ends when enough potions are made, and then the Alchemist in charge of the whole atelier comes in and grades everyone’s contribution to the tasks. And that’s it, that’s your basics of the game. There’s no moment when something explodes in the wall. The system you get to meet at turn 1 and learn how to work with, is the system that will snap closed on you at the end of the game. 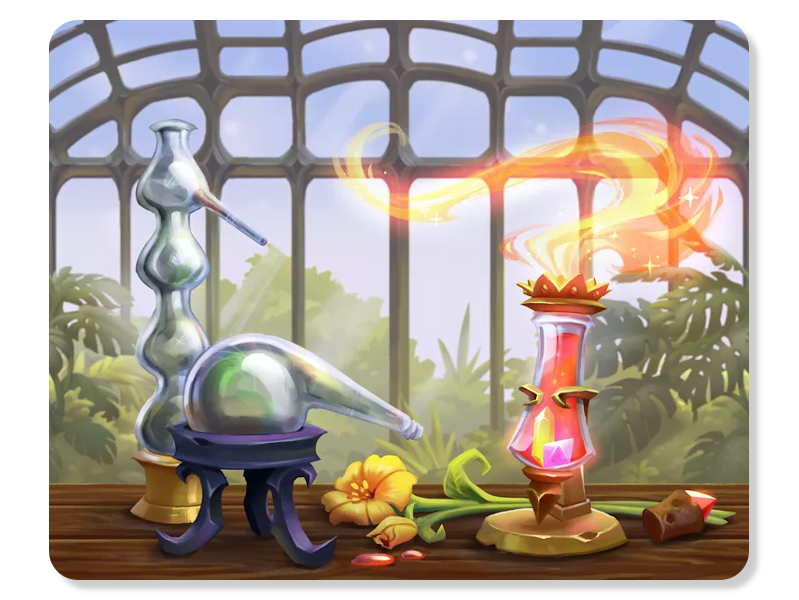 You can, if you squint, call this a semi-cooperative game, in that all of you are working on common goals. But it’s a bit like saying that a race is a semi-cooperative game because everyone is aiming to cross the same finish line. In this game, if you could, you’d happily make it so your opponents could never place a piece to brew the potions. It’s not that the game works that way – you literally don’t have the option to do anything to exclude other players like that – but the game doesn’t do anything to make you want other players to do things. There’s nothing another player can contribute to the goals that you can’t if given enough time.

It’s really not a problem, mind you.

This game is a real corker of a resource management game. It’s one of your action planner kind of games, where every turn you have some things you have to do (like tend to the communal garden), and things you want to do (but can’t do all of them). In a lot of ways it’s like Chess, where the thing you want to do is plan ahead and be prepared for possible actions from your opponents, but you also want to stay flexible so unpredictable opponent behaviour doesn’t completely ruin your plan.

It’s also aesthetically lovely. Really quite sweet – you’re trimming flowers and hanging out in a greenhouse with your lovely animal companion, and the competition – as aggressive as it may be – is ultimately about who does the best job on group work. 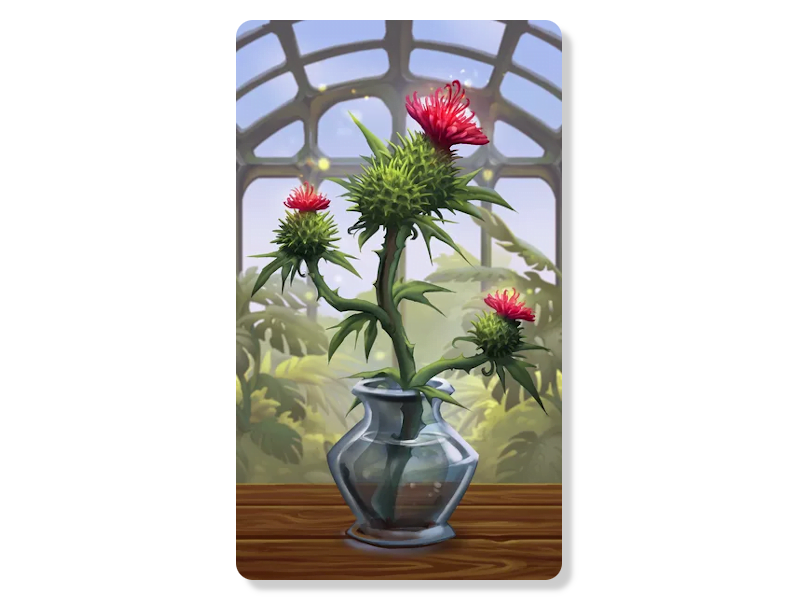 The game has an upgrade path, like the crystals in my-shelf-favourite Century: Golem, and I can definitely see that game and this as sort of points on an evolution chart. Century: Golem is big, and heavy, and needs a fairly large amount of table and bag space; it’s also about making much larger, more elaborate engines, and the timescale the game projects is different too. If I needed something to sling in a bag in case we get to play games, I’d use Familiar Alchemy. On the other hand, if I wanted students to critically engage with a piece of game design so they could see their own ways to permutate on it, I’d use Century: Golem. Normally when games scratch similar itches, I try to not keep them around, because space is a premium.

Now, the normal way a game leaves my collection is being sold at a convention. That’s not an option for me, here, because I’m not vaccinated and also augh. But even when they start back up, I don’t see it likely that I pass on this game. It’s small, it’s tight, it’s convenient, it’s very teachable, and it’s aesthetically beautiful.

My biggest concern about Familiar Alchemy at this point though, is how it’s not particularly useful for my original purpose. See, I thought this game would be (for example) team based, so I could play it with my niblings, who are still in a space where head to head play can lead to problems.

See, when I got the game, I thought it’d be a semi-cooperative game. 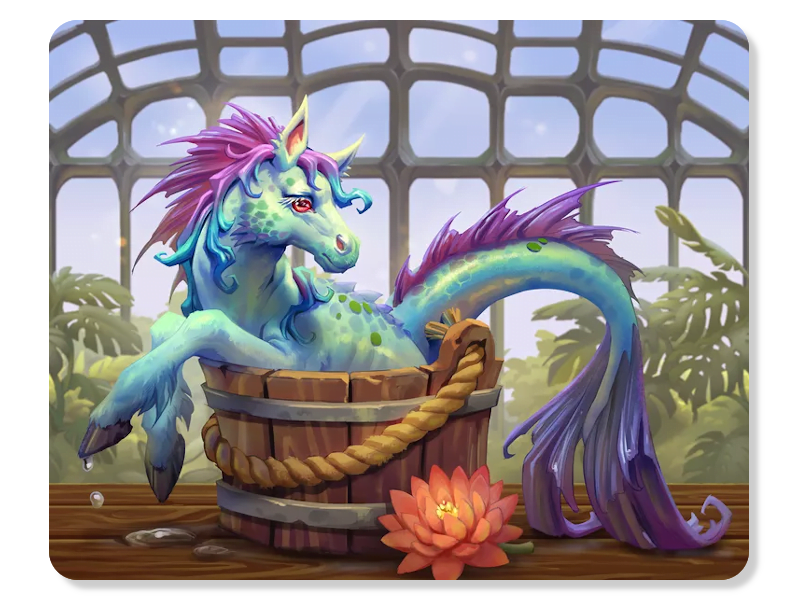