I’ve been playing D&D 4th edition since 2008. Our playgroup has a two-DMs policy, so the DM doesn’t have to wear out only ever playing; so we have two campaigns running side by side. This year, I sat down in the heat of a summer night with my friends, pulled out some printed sheets, and asked if we could give Blades in the Dark a try.

I’ve been running this game now for a year. My players’ crew, the Six Towers Station, a gang of daring smugglers, who I sometime tease for their lack of interest in smuggling. They have pulled off bank heists, woken up in a shipping container, relocated the bodies of ghostly lesbians, sold a soul in bits to the eletrical grid, created the myth of a refugee goddess, and ensnared in their web of crime a tanner’s and an undertaker’s.

I planned exactly none of this.

The aesthetics of this game are, first of all, worth remarking on. While the system underneath Blades in the Dark are moddable and have a thousand variants once you have the hang of how the system should work, the game as sold isn’t about what it can be. What you want in the game is right here in this one book – a city, a setting, a community of factions and a style.

I’m reluctant to call Blades in the Dark steampunk – it’s more electropunk really, with an actual out-of-work gaslamp union as part of the setting. Think of a perpetually night London, grungy and grimy, peopled about with stalking ghosts fed by the reluctant blood of demons, but cast in the inexplicable superstructure of a city like Bloodborne.

There’s something wrong here, but the wrongness doesn’t stop life from going on.

There’s backstory to the world. There’s an idea about the gates of death and a global apocalypse that’s happening very slowly, but I don’t need that in my games. It’s not about how these things, or why these things, just what next these things. Your city is hemmed in on all sides by fences made of lightning, sheets of flickering light that cast everything in furious lines and contrasting shapes, vaporising flesh that gets close. What do you do about that? Do you do anything about that?

I normally don’t like comparing a game to other games, but Blades in the Dark isn’t so shy – it explicitly calls out its inspirations in the front of the book, including Peaky Blinders, Les Miserables, Farfhd and the Gray Mouser, Thief and Dishonored. If that kind of aesthetic sweep gets your attention, this game soaks in it. 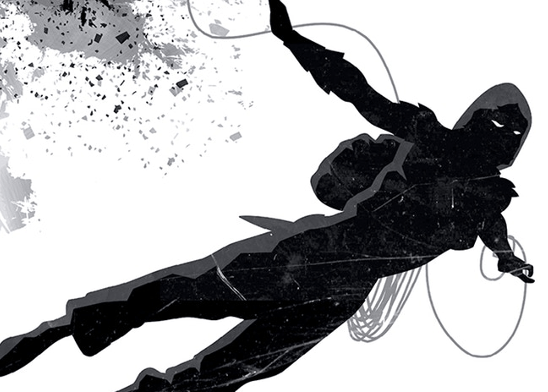 Blades in the Dark is, from the perspective of someone who’s always been into D&D as a standard point for RPGs, an aggressively easy-to-start game. You aren’t encouraged to work on your characters in secret, not working to some mystery other players have to slowly bring to light, hooks for your storyteller to put together. No, Blades in the Dark encourages you to grab a playbook you think looks cool, grab abilities that look interesting, and even marks the ‘easy basic’ one that will serve most characters.

There’s a thing with really fluid game systems where they tend to have a very tacky mechanical space. You get the strong feeling that when you can do anything there’s no reason to do anything, and the game rules aren’t going to give you consistant, firm resistance. Blades has a really solid mechanic under most everything. To do anything where there’s a risk of failure, you roll one (or more) six-sided dice. If you want to succeed, you just have to roll a 6. If your highest number rolled is a 4 or 5, you succeed but. If your highest number is a 1-3 then you fail and.

There’s a list of standard failure additions for when you’re hurting for inspiration, but the basic thing that happens is a player tries to do something, rolls a handful of dice, and then the storyteller is presented with a list of ways that can work out, a bunch of ideas for what could be added to this roll. Every roll then either complicates the narrative, by presenting a complication, or it lets the player advance to the next step. 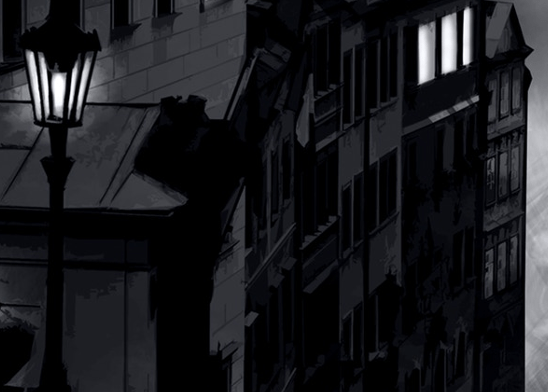 It’s surprisingly vicious – players will often curse a handful of dice that somehow fail to produce a six – but with that viciousness, sometimes comes elation. Watching a player roll the hard six when they’re in danger can be exhilirating, and this tension of the dice mechanic plays into the storytelling scenario of the game. You, the game tells you, are scoundrels, thieves, rogues and ne’er-do-wells. The other gangs don’t like you, the people probably don’t like you, the cops hate you, and there’s no justice to be had but for the final embrace of the ocean. Dice rolls being risky and dangerous pull this hard into the realm of feeling risky.

There’s also the way that time works in the game. Events happening at one point in time or another don’t actually mean much – something you did two days ago is basically just as important as something you did just now, and so the game lets you spend stress to freely jump back and forth in the past. Players can even jump into other people’s flashbacks, or jump further back to set up another flashback – letting players do all the planning and thinking they needed to do ahead of time when they need it, but with a mechanic to keep it contained. You don’t need to be able to be a super-brained mastermind conspirator to play one in this game, which addresses a problem a lot of roleplaying games have with some types of play.

In many games, if you want to play someone who is strong, the rules handle that; being strong is usually coped with by the rules in some way. But if you want to play someone smart or prone to thinking ahead or clever with social contacts, most games founder at that unless you, the player, are skilled at doing that yourself. In Blades, you can always back-step to a time when you would have made that friend, when you would have planted that idea. 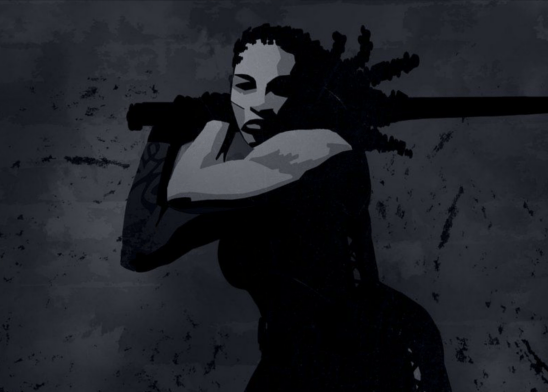 But I don’t want to go through the rules of the game comprehensively; that’s for other, more in-depth reviews. What I want to talk about with Blades in the Dark though is the way players shape it.

See, the game as it presents in the book is a pretty grim, glum place. The setting by default can be absolutely Whitewolfean (like in a good way), with hard, supernatural squabbles dealing with ignominous nobodies in filthy gutters, where vampires feast on humours and ghosts tear you apart but you’re powerless to stop them because you got into a bar fight. Killing anyone yields an investigation from haunted crows and potentially the rise of the ghost itself, vengeance and blood and torment. It is possible for Blades in the Dark to be brutal, traumatising and short.

Or your players might lean on it. Because the game responds to the players. Players can volunteer NPCs. Players describe things they do and you get to tell them what also happens. In our group this means that heists tend towards caper rather than calamity; more Ocean’s 11 than Ghost Dog. But the system is sitting there, waiting for the moment when you need to round a corner and watch a betrayal.

There’s a lot of public information, and the game has its systems for showing this. Players get a chart showing their turf; they get little guides to how the other factions feel about them. They can make choices, they can guide the narrative, and the ways they choose to do things change the way the game itself plays. Players get XP for being reckless, but they also get XP for playing with their own motivations, trauma and struggles, which can either lead to daring, ridiculous skewiff gameplay, or thoughtful, plotting players taking things as safe as possible, and both these possible outcomes are really interesting to watch. 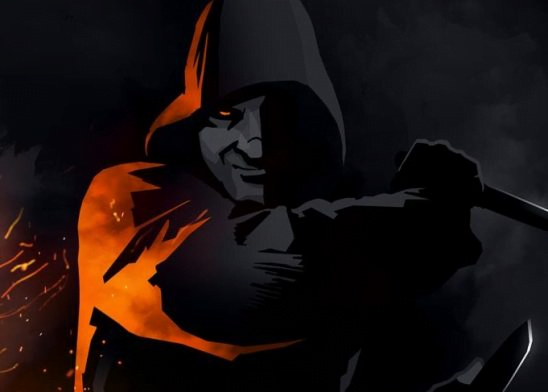 Look, I like this game. You might like the way the game works, you might have been excited by some of what you’re hearing, maybe you (for some reason) needed me to be the one to weigh in on it.

Here’s my recommendation for Blades in the Dark. First, it’s cheap. If you want to buy a book that’s just one book and the whole game lives in that, get Blades in the Dark. I bought an ebook of it, and a softcover version of the book with the pdf is available for only ten dollars more. Just for disclosure’s sake, I sell products on that website, but that link doesn’t get me any affiliate goodies or anything like that. I liked it, it’s easy to run and fun to play, and if you want something that’ll step from board games into roleplaying games, if you like the aesthetic of Dunwall-meets-Dunkirk, you’ll have something