Okay, so here’s our frame. Ian Bogost uses Animal Crossing as an example of how he was able to both have fun with and introduce his son, at the time, five (teenager now), to the limitations and boundaries of a budget thanks to trying to making decisions in Animal crossing. The talk when given is done with a very quiet lack of judgment about the fundamental question of why a game exists that teaches a five year old how to get into long-term debt, but also perhaps frames a possible ra tionale for why that five year old might not want to make those decisions in other contexts.

What follows then – in the talk, which builds on the book’s text – is the ideology and conception of how we interface with games, and how we can use games to teach ourselves context. The talk and book are quite interesting, but I’m just going to use Animal Crossing as a point to dig down on here. 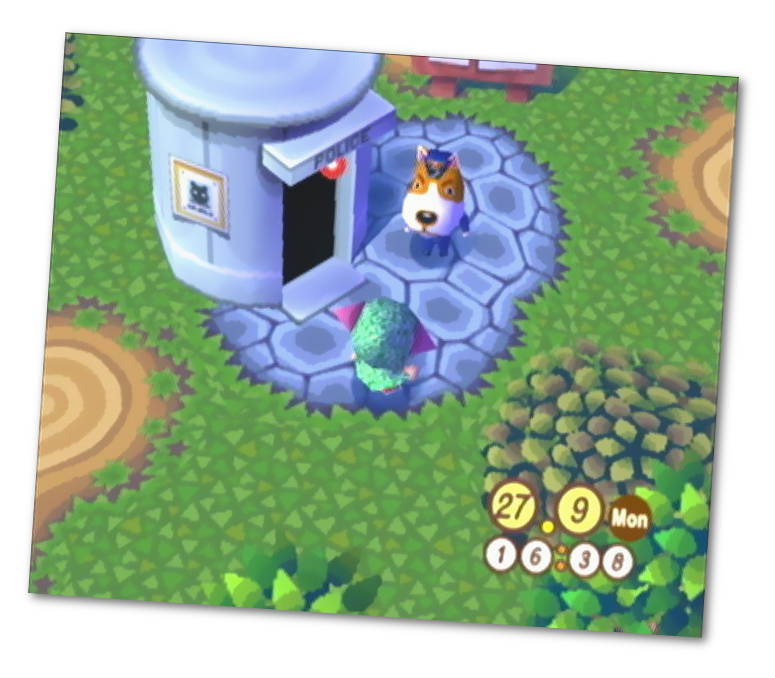 Animal Crossing is a videogame that’s been on a lot of platforms, from the N64 to your phone today, and it’s mostly just been iterating on the same fairly basic formula. You play a kid, bereft of the structure around you in the real world, who comes to a small village full of cartoon animals, immediately are given some reason to engage with the town regularly and iterate over and over on different permutations of things you enjoy in the game, until such time as maintaining the game either becomes uninteresting to you. There’s a lot to unpack about that exit point to the game, but that’s not for doing here. Suffice to say, if you left your game alone, it will make you feel guilty about that but only if you let it.

This framework is an interesting one. Bogost, talking about videogames, usefully notes that all games rely on the player playing a role. This isn’t just some distinction between videogame and roleplaying game either – the nature of a videogame, as a series of constraints, mean that it’s functionally impossible for a videogame to be capable of interpreting a person. Instead, a person has to meet the videogame halfway – what role can I fulfill in this space? Okay, that’s what I’ll do.

This isn’t exclusive to videogames, mind you, but non-videogames have rules – videogames have laws. When you want to change the rules of a RPG or a card game, you just say it, and it’s done. You might have to get other people to agree with you, but it’s that easy to modify rules. It’s a very different beast with a videogame. They’re alterable, sure, but the means to do so are behind a lot of gates, not the least of which is individual skill with the type of code the videogame is built around. It’s a lot simpler, and a lot more doable, to simply go with the flow of videogames, and look at the options a videogame gives you within the laws it already has, as set out.

That’s our role. The idea of who we can be. 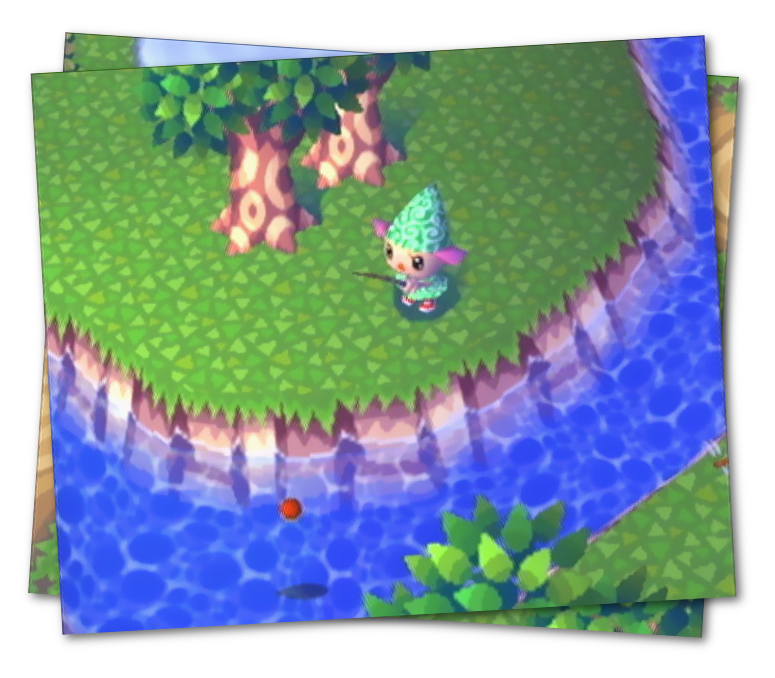 In a lot of games, the role you get is a power fantasy. Or it’s kind of a power fantasy. It’s a bit of a hack criticism these days to point out that a videogame is a power fantasy because so what. All human interface with media is about, to some extent, having the power to participate in that media. If it’s happening to you without your permission it’s kind of just life. Coercive engagement with a game breaks what it is into something else. And the power fantasy itself isn’t even a bad thing – there are lots of people who have been troubled or hurt where a power fantasy gives them the psychological tools they can bring to bear to handle the real world.

And I mean hell, in Minecraft, I can walk to a bed and fall asleep for eight hours and be guaranteed that my sleep will be restful. That’s a power fantasy for me, at least.

The thing that I find interesting about this power fantasy is the power fantasy as represented by Animal Crossing and the people who can play it, and why. For little kids, Animal Crossing is pretty empowering. You can spend your entire day doing whatever you want, ignore adults, nobody sends you to bed, you get your own house and you can fill it with pear couches and t-shirts and apple televisions and you can have two televisions and put them right next to each other and nobody calls that stupid. It’s an empowerment of the child to live the life of an adult relatively unfettered. It lets the child show off – hey.

Hey I can do this.

They might not ever think of it, but it’s empowering, it’s nice to be able to take responsibility for oneself, and it’s even nicer when nothing goes wrong because of it. 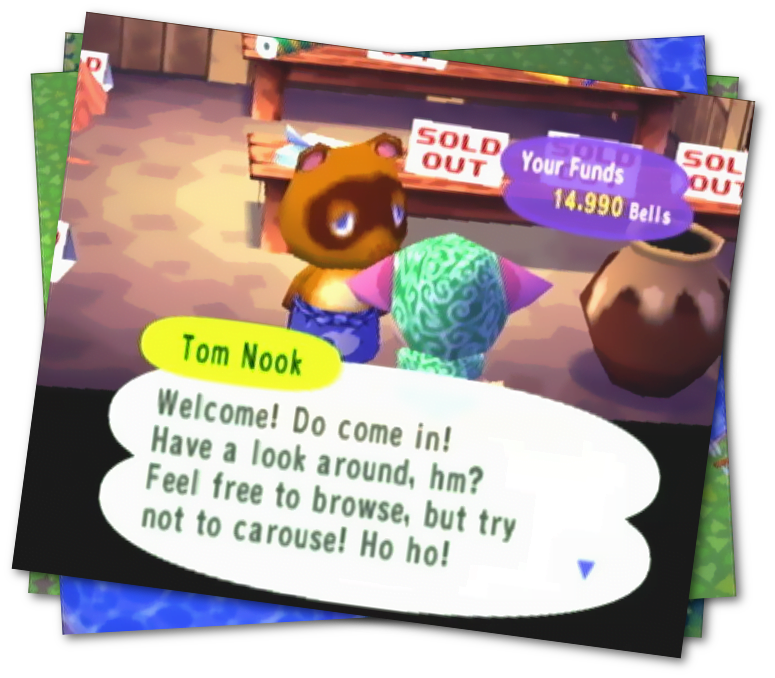 Why do adults get that same kick, though?

I mean c’mon. It’s a mortgage simulator. It’s like being you but slightly more annoying because you can see that the dude lending you money is also your boss. It’s kind of a pretty clear conflict of interest and a bit of a dick move. You know it doesn’t matter. You know the game will guilt you. You know that underneath the edges of all of this is just a system of math and numbers designed to make you feel kinda rewarded for a bit.

I think the thing that’s most fascinating to me about these power fantasies is that part of the power fantasy is resistance. We don’t seek out games about fixing the world’s actual problems. We seek out games about surviving despite them. We seek out games about resisting enemies not about healing the reasons those enemies rise up. I think this is because, within the abstractions of the game, as it pares down our reality to things that you can accomplish with a button press, with being in the right place and with the will to commit to action. Part of the role the videogame offers you is resistance to your role. The game is not just offering you a who you can be, or even a space to make your own who, but it is also offering you confrontation for that role to be cast against.

That’s kind of where we wind up when we look at Animal Crossing. It’s a game full of abstractions, and we love it because it gives us something to push against – but not something we can’t handle. The game does not open and present you a polished, finished town; it asks you to make that town polished, and beautiful, and yours.