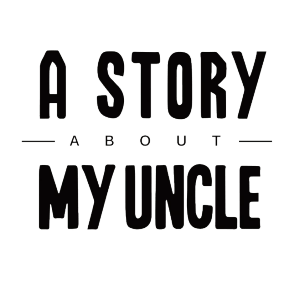 There’s a league-long shadow cast over indie gaming by the little beast that Valve built. I signed up for a Steam account for it, which started us on this journey all the way to here, and the game pile that I write about. The game of which I speak is Portal, a curious little thing that you finish in about six hours and, hopefully, shut up about maybe six more hours later.

A Story About My Uncle is a first-person puzzle platformer that follows the Portal mould of a short, small physics-based puzzle game from a first person with a quirky story told through snatches of dialogue from an external source. While Portal uses its technology to show you small, tight environments and overcoming impossible paths of lasers and timers, A Story About My Uncle is a game of enormous movements across vast expanses. It’s a game where you throw yourself across a countryside, throwing grappling hooks up into the sky and snatching on drifting rocks. It’s a game of pathways, but where those pathways are – usually – more like suggestions than they are rules.

Much like Portal it’s a puzzle game with only really one – or two – mechanics. It’s simple and small in what it has to teach you, and then it gives you enormous spaces to explore with those mechanics. A game like this has to have some flexibility to it, some forgiving puzzles, some points where things can be pushed to an extreme, because some players won’t be able to. It’s a game designed to be approachable by a child but works fine for an adult.

Now, normally puzzle games are frustrating when they stick you in place, where you have to re-attempt something repeatedly. A Story About My Uncle takes the Hotline Miami direction, where puzzles fail fast, but resetting them is equally fast. That’s even handled by the framing device, where of course you can’t fail, you can’t ruin anything, because you’re just telling a story. The narrator has to survive, which means the story is never going to make its tension around whether or not the narrator is in personal danger.

There’s one tiny detail that needs to be popped out though: The narrator makes jokes. The narrator makes references that the daughter doesn’t… get. She doesn’t comment on or laugh at them when he says he felt 20% cooler. There’s a Heisenberg sketch in the game, discarded detritus. The thing is, this whole story feels like the kid doing it is say, about now, twelve years old. The jokes he makes as an adult are the jokes we tell each other now.

Every Meme You Love Will Be One Day, A Dad Joke.

It’s a tiny little thought, but I love it.

In A Horse And His Boy, a story I loved as a child, there’s a journey from a haven to a fortress that is told in three paragraphs, short and terse, of a young boy running through the woods. We do not see the beautiful landscapes, we do not perceive the spaces that the protagonist stood in and ran past. We know that he moved from point A, to point B, and he hurt himself on some brambles and how he felt when he was done. This was perfectly decent and the story could focus then on its more important and pressing topic of a war, and slavery, and god.

In A Story About My Uncle, the tale we tell is a short little story. It’s a bedtime tale, a father speaking to his daughter. It’s a story of maybe four or five beats. It isn’t a bad story, not by any means. If you told the story of A Story About My Uncle, though, it would take you maybe twenty minutes. And that fits its framing device – it’s a bedtime story, not some vast, sprawling epic.

In few games when you stand atop a mountain, will you look down and realise you made that journey.

This has given me reason to consider that the genre we know as First Person Shooters is something of a malformed creature. Back when such things were hard to make, first-person shooters were sort of saving on an art asset. Showing a character moving, running, shooting and picking up things was harder than just feigning it, and replacing a character with a weapon. In most FPS games, you’re playing, well… a gun. You’re playing a gun and back behind the gun is supposedly a character, supposedly you. That’s fine, if rudimentary. The thing is, FPS games aren’t the technically mandatory creature they used to be – you can do a third-person camera game pretty easily.

Now, FPSes are a genre you have to choose to make. There needs to be a reason to make a game an FPS. Precise aiming – such as you see in a sniper game or a puzzle game like Portal – is one reason. One reason we keep telling ourselves is immersion, though, which proves to be a canard – people immerse just fine into third person shooters. Immersion in first person games is a bit of a false thing – because you move your head and are more aware of your surroundings than you are in a real situation. You can lean around things unconsciously, and your peripheral vision is larger than looks right in a FPS.

There’s an awful lot to this idea, but for now let’s just stick with First Person Perspective needs to serve a purpose.

What first-person views do well, however, better than almost any other type of game does, is movement. You can feel movement in third person just fine, but it’s very, very different to have a feeling of momentum and a projected sense of the space around you. What A Story About My Uncle does is use its first person camera to deliver a game experience that uses its camera choice excellently. You need a sense of momentum, you have perspective on the objects moving to and from and around you.

You can get A Story About My Uncle at Humble, Steam, and GoG. It is routinely on sale, but as an indie game I strongly recommend picking it up for a price as close to its full price as possible.