In his review of Eclipse: Second Dawn for the Galaxy Review, Quinton Smith of Shut Up & Sit Down used the term fuzziness to refer to the way that this enormous, complicated game overwhelmed your ability to predict outcomes from all the possible interactions. When talking about it, he was explaining the way that this game, which is deliberately daunting, creates an ambiguity between what you can commit to doing and what the game will do in response.

Now what makes it somewhat remarkable in the case of this game is that it seems to do this with mostly open information – players have their own tableaus and their own clearly marked scores and crystals and ship designs, with the only real ambiguity being the results that are going to come out of dice when they’re rolled. 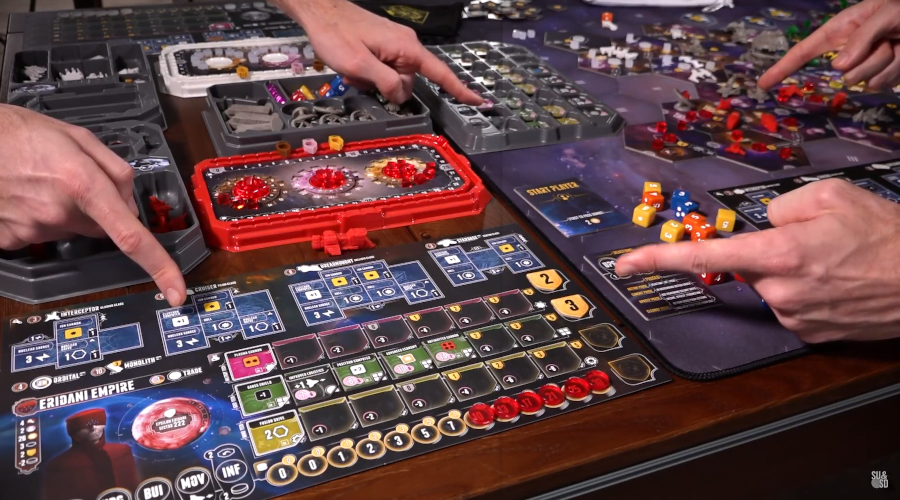 This is not a particularly new idea in game design at all, but it is a fun launching point to talk about because one of the things that Big Box: Expensive Miniature Cardboard Pachinko Machine has going for it is lots of open information, which isn’t typical. What Quinns describes as fuzziness is something I look at in my (in progress) PhD thesis, under the descriptive title of Entanglement.

The super quick description of this idea, which is one part of a multi-axis model, is that entanglement is the way the game obscures player action from player intention. That is, you have – usually – a pretty clear intention. You want to win. But the actions you take on the path towards winning, even if made with good information, are definitionally uncertain. Like, there isn’t a press the button to win the game interface in pretty much any game (and those that do exist it’s essentially a quit function). Even cheat codes don’t tend to just win the game, and there’s also the fact that buttons are multipurpose but I digress.

In videogames, entanglement is really easy to point to, because there’s layers of obvious things between you and the machinery of the game. You have your interface, which you are trusting to work consistently – the physical keyboard and mouse and I suppose some of you use controllers and Kinects and whatever. Then you have the interface software, which reponds to that input, and you again, trust to work consistently. Then you have the game’s own rules within its space, which mean that pressing the ‘a’ might move you to the left so you can aim your nailgun, or it might open a prompt that lets you ASK ABOUT BRIGANDS. Videogames are a black box feeding into a black box, and even the most dedicated players can spend years working on pushing those black boxes around and still never truly divine what’s inside them. Check out what speedruns look like for videogames from the 1980s where, in some cases, we literally have the source code and we’re still finding new ways they can behave nonpredictably. 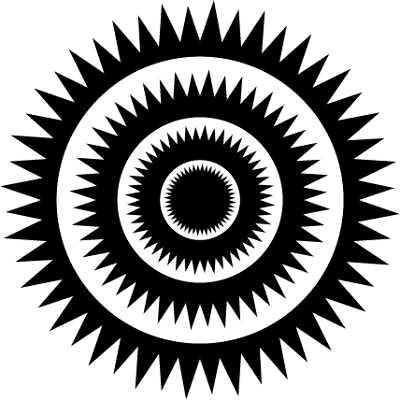 Fuzziness in board games tends to rely on hiding information. One of the common problems with cooperative games is quarterbacking, where one player, in an open system, with a common goal with all players, can take over the play experience, so people are less making decisions with a shared strategy, but rather, the open information in the game can be solved. That means one player, often the player who has the most confidence in themselves, can direct multiple players (and bear in mind, for some players being directed is fun, of course). The common solution to quarterbacking is to obscure player information. Sometimes, there’s hidden information – players getting information they have to keep secret, for example – and sometimes the game itself is built around secret information: hidden decks of cards are one of the most common ways.

Magic: The Gathering uses its hidden decks as a form of entanglement. You’re left with all the possibilities of what your deck wants to do, and you may be able to build a plan out of the cards in your hand, but mostly you aren’t aware of what your opponent has in hand, or what your opponent has in their library. There are many stories from many players of having all the plans in the world for turning some hand into a sudden and decisive win that immediately collapses when their opponent plays a card that wasn’t expected in their deck, and maybe played by a player who didn’t even know it would be that effective.

What strikes me as a remarkable thing about Word: Colon Please Back Us On Kickstarter, is in the example, is that it uses its game mechanics as a sort of denial of service attack. That there is literally an attempt to secure through obscurity as people in infosec probably don’t say any more. The dice provide a fulcrum point – a place where the outcomes of things are defined as being uncertain, but the sheer scope of the game is part of its entanglement here.

I find this interesting particularly because it feels like a trick that won’t work if you play the game a lot. The more you know a game, the more you’re able to define what does and doesn’t matter to that game – in the same way that Magic players can often afford to ignore cards that might endanger their strategies that their opponents simply can’t have access to. In a game of the scope of Bigness: We Want To Eat Twilight Imperium And Its Lunch, it seems a natural consequence of experience that you’re going to become familiar with the elements of the game you can control and the way the game looks as players gain access to the systems in it that become important.

Except, this game is also a multi-hour affair that takes an enormous amount of space.

Which means you might not get it to the table twice in a month.

Which means ‘playing a lot of it’ may simply never happen.

It’s an interesting thing to observe, especially in the way that the game can muscle its way around what would ostensibly be a problem in its design by its sheer bigness, and whether or not that’s something worth holding against it.