I’m looking at this game, Yamatai. 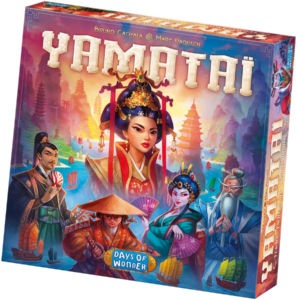 It’s this big, bulky beast of cardboard, a real classic Euro of dear god, there are how many bits? At its root, it’s a game of laying paths and fulfilling economic requirements. In fact, you can almost punctuate Yamatai as a sentence with a lot of asterisks – you place boats* on a map* to fulfill goals* that earn money* to build structures* to earn victory points*. And every single * indicates a place where the game has a specifically designed system meant to make that particular action more complicated.

If you remember me talking about alignment systems as plumbing, then this is the kind of game where you work with a lot of plumbing to make it work. It isn’t a bad idea, most games are simple systems rendered difficult by complications after all, Bernard Suits and the willing overcoming of optional difficulties and what not, but anyway, in this game, there are these tiles that determine special game actions you can take and how fancy your faction is regarded, known as Specialists. They look like this: 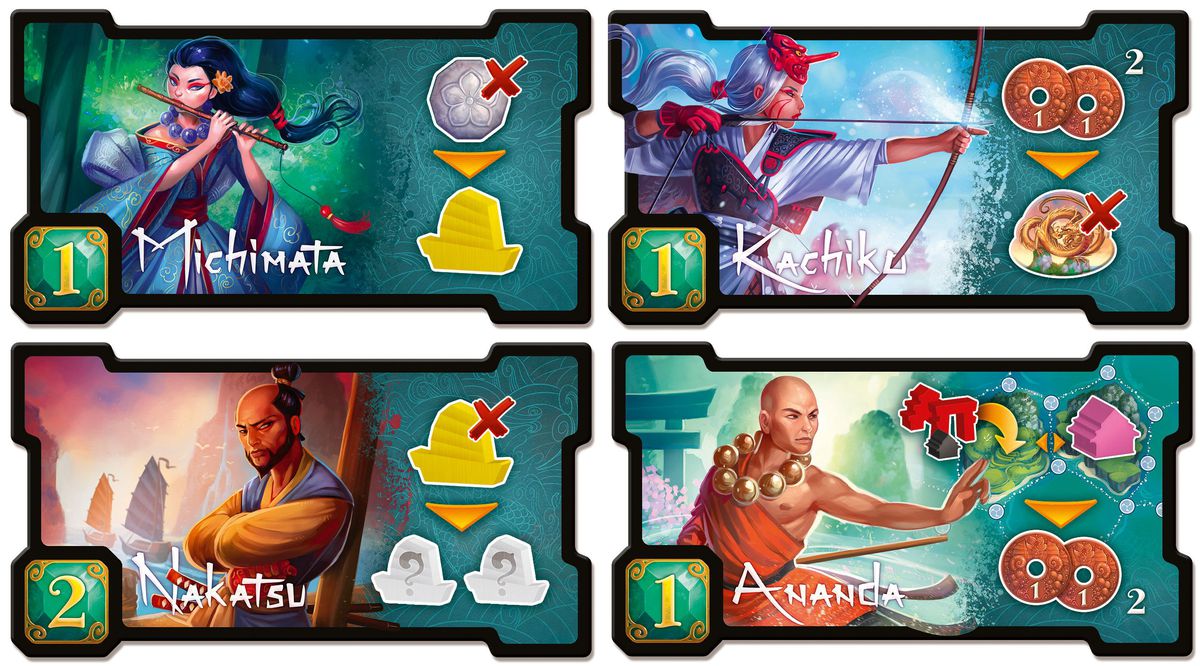 This is how they actually look. They have these names. The rulebooks specify what they do, but never who they are, and while we can talk for a bit about mechanics informing character, it does feel a bit like a swizz to turn these people into these tiles that represent actions. These people aren’t reduced to what the can do, they’re reduced to one action only, which is good for a big and complicated game that already has too many bits going on.

Why are they people, though?

These could be machines, or flags, or they could be brokered trade details (and maybe even decorated to look like them) or faction histories or – there are lots of things these tiles could be. They’re not. They’re people. They’re named like they’re people.

To spin this around to one of my own designs, I’m working on this small game (at the moment – it’s probably long done by the time this goes up) where there are only eighteen cards, and they each represent parts of a plan. What’s tripping me up at the moment, though, is the challenge of what verb form to put the card names in.

I’m not trying to bag on Yamatai (here) for reducing Asian People To Objects (again, here). I’m thinking about the ways we talk about mechanical objects and their purposes. How we choose them. How to make them consistant.

Janet Murray once expanded Caillois’ model of gameplay with its agon and alea and mimicry and ilinx and described a form that Caillois hadn’t considered, of rhythmos. Her idea was that some forms of rules satisfaction came from making rules that worked cleanly together as rules, and that helped drive gameplay. This is a very real effect, and one that you’ll notice if you miss it.

And so, here I am, up late, worrying away, like a beaver at a twig, thinking about conjugation and the card-tile non-people of Yamatai.