It can be hard to talk about a trend in games without it being seen as talking about all games that represent that trend. Especially in this case when the game that started me thinking about the conversation is a game that’s not just an indie darling, but it’s an indie darling which has a lot of queer and neuroatypical cred. There are lots of people who really care about the game that started me thinking about it, and unlike other Indie Darlings that Talen Doesn’t Like, I don’t actually dislike this game!

But it is where the thought started, and in the interest of honestly addressing the idea, let’s go on discussing an idea brought to my attention by cultural phenomenon, accessibility example, and Filthy SJW Propoganda needle game Celeste. 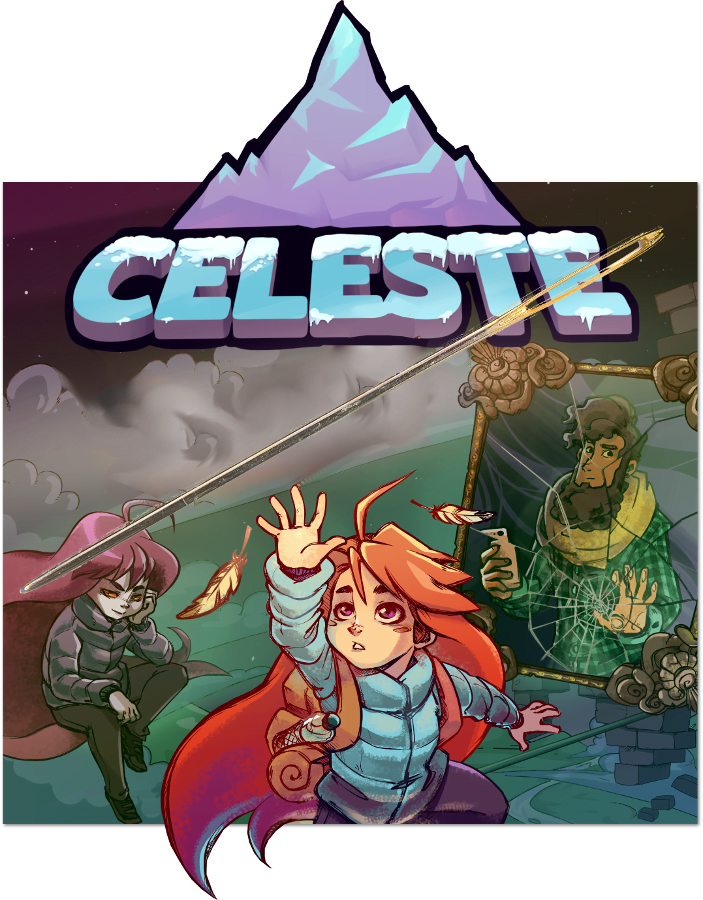 Let’s first define a ‘needle game.’ Needle games are a particular variety of usually platform game with a fantastically difficult path through the game, usually in a room-by-room basis, most commonly associated with the game I Wanna Be The Guy. There are a lot of indie games in this genre, they’re pretty popular, and if IWBTG was the dawn of the current framework for these deliberately-very-difficult videogames, then they were kind of ‘perfected’ in Celeste.

Needle games have a bunch of common traits, but a basic idea is that each room usually has a single navigable path through it, that path is usually non-obvious until you’ve played your way through the game a lot, rooms are usually made to look impossible, but to have an idea of how you start. A lot of these games are built around the idea that you will fail over and over again until you correctly execute and pass through the room.

Note that Hotline Miami is not a needle game, because a big part of that game is deliberate randomness. In needle games, the rooms are almost always completely identical from one attempt to another. The point of these games, generally speaking, is to get as close as is possible to actually perfectly executing on the way the game is meant to be played.

Needle games are quitely very different to most other forms of videogames, just because they reduce the degree to which play can be playful.

There’s this phrase I use a lot when discussing ‘play’ that’s from Roger Caillois, renowned racist and clown-hater, where he describes play as being a meaningful idea that is expressed in the play of an actor or the play of a gear. One of those two agents can be extremely free, can execute on its intention individually, and indeed, often cannot execute on its intention in the same way twice. Even the most practiced actor has faint variance from performance to performance, the way the hair settles on your arms all being possibly different. The other is incapable of executing its intention in any ways it was not predetermined to do.

Needle games are games that are overwhelmingly games about the play of a gear.

There’s a criticism of the Narrative Adventure game where they’re basically about finding a variety of keys to use on a variety of doors, and just finding the right sequence of items that slot into their holes like a kid’s toy where blocks go through holes. The thing is, that’s what a needle game is, too, a type of game where if you are not here to try to do the thing a dozen times and do it perfectly, how much are you aware of what the game really is? How genuine are your feelings, how serious is your triumph? What if you don’t like the kind of game it is, even if it has accessibility options that would let you finish it? What if it can’t hold your attention because you find the kind of game it’s being boring?

Is it still play? Well, yeah, you’re not being required to do it. But it does mean that in this space, this game, by its genre is going to be alienating to a lot of people, who simply do not or can’t respond to the way this game wants to be played. The way the game wants to entangle you in its rules.

And the reason Celeste makes me think of this is because this is a game that comes up in conversations as a metaphor for queerness, plurality, and depression, and as an example of a game having accessibility, and it’s also a game that because of how it is, a large number of people who may indeed want to be part of that conversation, won’t ever really be able to connect with it.

This isn’t a problem per se, but it is an example of how our limited attention for indie games, especially games about or for the marginalised kind of poisons and limits our ability to talk about these things. That as long as we keep our conversation about these games limited to a small number of titles as our reference pool, we’re going to be making our conversations about these ideas in games expressed by people who like the kind of games that we choose to elevate. It’s why we have Borderlands 3 as an example of a GLAAD game of the year.

Because games are a great way to play with ideas.