This is an excerpt from the Nyarr, a race expansion I’m making based on my 3.5 D&D work. This is an abridged excerpt of some details about the Nyarr – their general physical look, their interaction with that thing called ‘gender,’ and some writing about what it’s like to be a Nyarr.

The Nyarr are meant to be a culture you can jam into a game that players can easily pick up if they want to play someone without the same Genders Stuff as a conventional setting’s conventional cultures have. In the same way that people sometimes are drawn to things like the Girdle of Gender Change, the Nyarr are a nonbinary race of cool-looking nice monster people.

The Nyarr are a people born to survive, in communities that maximise all resources through sharing and collaboration. Nyarr see opportunity everywhere, and regard non-Nyarr as strange, confused people, who live lives full of ridiculous ideas they can’t ever explain or justify.

The most common perception of the Nyarr is that of alien monsters. Despite being bipedal and mostly demihuman, their refusal to join into other societies and integrate, and their focus on survival and cooperation make them seem very strange to other cultures.

Nyarr are humanoids comparable in size to humans, ranging between 150 cm (5 feet) and 195 cm (6-½ feet) tall. Despite their size though they are markedly heavier than humans, ranging from 72 kg (160 lbs) to 118 kg (260 lbs). Nyarr have skin hues that range from a dark brown to a pale green, and some Nyarr are coloured blue or purple. Nyarr have soft plates of chitin on their skin on their shoulders and knees, and their feet are split into two large forks, rather than five small toes. In silhouette, Nyarr are most like humans, though with larger feet and hands.

Nyarr are most easily distinguished from humans by a number of secondary traits; Nyarr have scaled hands with pronounced, thick fingernails that look like claws, scaly plates on their shoulders, horns – typically two, sometimes four, occasionally more, – long, thin tails, sometimes splitting, and feet that stretch up into a ‘high’ stance for running.

Nyarr gender differentiation is complex to explain, as Nyarr have at least three major genders. Their words for each gender are translated as generally ‘male’, ‘female’ and ‘onyar’. Physical differences between the genders are hard to determine; roughly half of Nyarr have a shape regarded by some students as ‘feminine’, but commonly-recognised indicators like hips and breasts are not common to the genders. While female Nyarr tend to have shapes other cultures regard as ‘feminine’, and male Nyarr tend to have shapes regarded as ‘masculine,’ these are not hard rules at all. Onyar Nyarr vary the most, with some onyar having prominently powerful arms and legs, with a more petite body trunk.

Nyarr do not have strong views on what is masculine and feminine within their own culture. Those are ideas from other cultures that they assume of the Nyarr. To Nyarr, an Onyar just is, they don’t need some special explanation.

Nyarr vary heavily by region; desert Nyarr are often smooth-skinned and have scales, while Nyarr that live in cold, arctic regions tend towards having soft fur on their skin. Nyarr in jungle and forest regions also often have the soft fur on their bodies, comparable to felt. 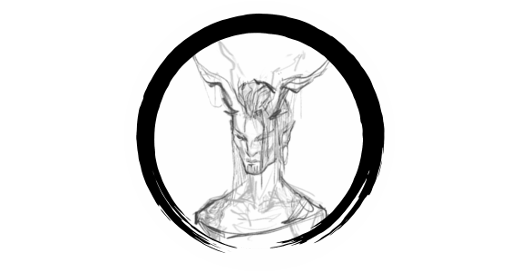 Here are some things to consider when you want to play a Nyarr, or ideas for ways to make your Nyarr adventurer feel like a Nyarr.

Shoes make some sense but only in the context that a Nyarr looking at other people’s feet can see why they need to protect those things. They’re barely strong enough to walk on rocks, and there’s a lot worse in the world than rocks.

As a Nyarr you’re always going to be using your culture to try and understand other people’s culture. It’s okay, they’re a bit weird, but you can do it. As a Nyarr, things like what you’re born to do or destined to do would seem a bit odd. After all, grass is born to be grass and it grows up and it’s grass and it’s just like all the other grass until a cow eats it, and maybe to other grass it is different but it doesn’t look that way to you. There’s nothing interesting about a prince becoming a king – that’s just a term for a fancier king, right?

On the other hand, Nyarr as a culture respect choices. When you choose something, that’s worth noticing. If a priest becomes a baker or a baker becomes a mage, those are times when a person has made a choice about what their lives are meant to be about, and those choices are large enough that they impact the lives of the people around them.

As a general rule, as a Nyarr, you would assume most people are the sum of their choices and the impacts of other people on them, rather than something they are ‘made’ to be. This can naturally be pretty confusing for created creatures like golems and homunculi!

This means that Nyarr who compliment people tend to compliment them on things they chose – their preference for weapons, their types of armour, their clothes or word choice, the way they have styled their hair or sat on a chair or even the first move they made starting a fight. You’re much less likely to compliment someone on their skin colour or hair, or the structure of their face, or their height or the shape of their body or who they’re related to.

The whole work should be available soon!