Been looking at a lot of first person shooters from the 90s lately.

One of the defining elements from the FPS genre since its kickoff point has been the arsenal. They’re the thing that you see the most throughout the whole game, and the weapons you deal with are always going to be reflective of the game’s design, and as much as these games have them, the character’s personality.

Since the era of these games becoming cinematic, so usually since Half-Life but not always, there’s usually been a beat where the game takes your weapons away from you and resets your arsenal to nothing. This beat is usually used in the more linear, narrative FPSes (which, really, at times they feel like they’re a different genre to your exporer-based Wolfenstein-heritage Doom-likes but that’s for another time), but it means that in both the beginning and middle of the game, you have a chance to get to know what your character has to fight with when they don’t have anything to fight with.

Here, then are three different options and a paragraph of me overthinking them. 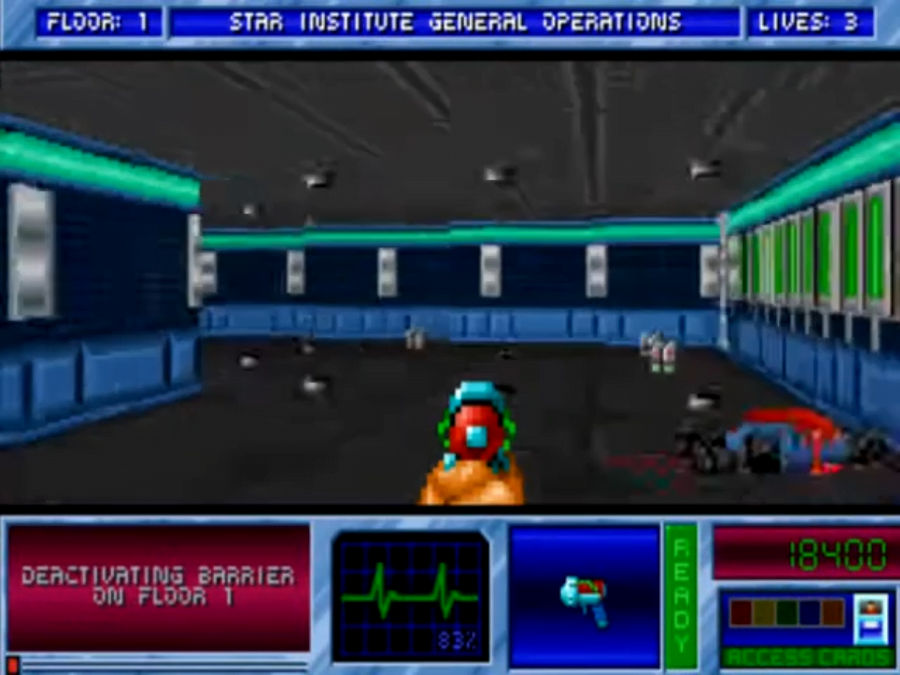 In Blake Stone, a Wolfenstein-engine not-totally-terrible game, you play Blake Stone, a space cop who Blakes Stonely. It’s not a bad game on its own though it does show some ways that transferring game systems from one frame to another don’t necessarily work. In this game, you’re meant to be basically Space James Bond, and I want you to think about how, in the context of a exploration game built on a kind-of-stealth engine, you give sci-fi future boy Blake Stone a no-ammo weapon that he’s going to turn to by default and what you get is a kind of fancy taser with no ammo limit and a sort of momentary recharge?

It’s weird to think of Space James Bond as being so gadget-free, really.

This is a weird one now I think it because surely Blake Stone would be a great throwback to make a Build Engine game out of now because he’s camp and cheesy and could really benefit from being given a Build-Engine style nonsense malarkey arsenal.

By default? He relies on a super-gun, that definitely can’t interrupt the Gun-Ness of the game. No variation in gameplay form, and it builds the point that Blake is just A Dude With Guns. 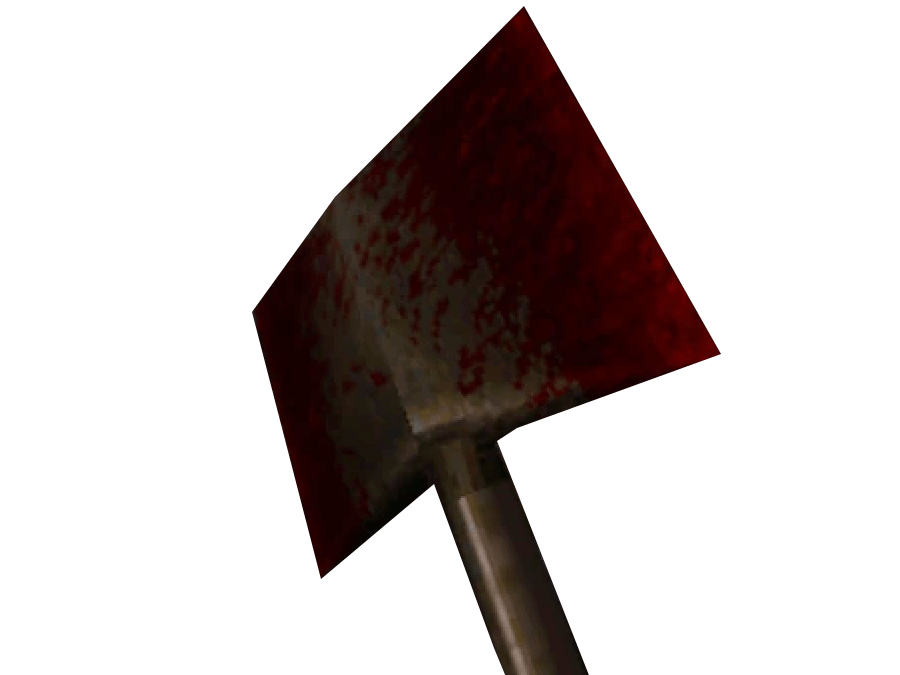 why do you have that here

Alright, Duke Nukem 3d has a lot of problems, and the melee weapon is one that’s absolutely not fun to play around with – like kick-a-lot runs sound like terrible amounts of unfun, with that melee attack feeling so impotent at anything but breaking toilets without wasting ammunition. 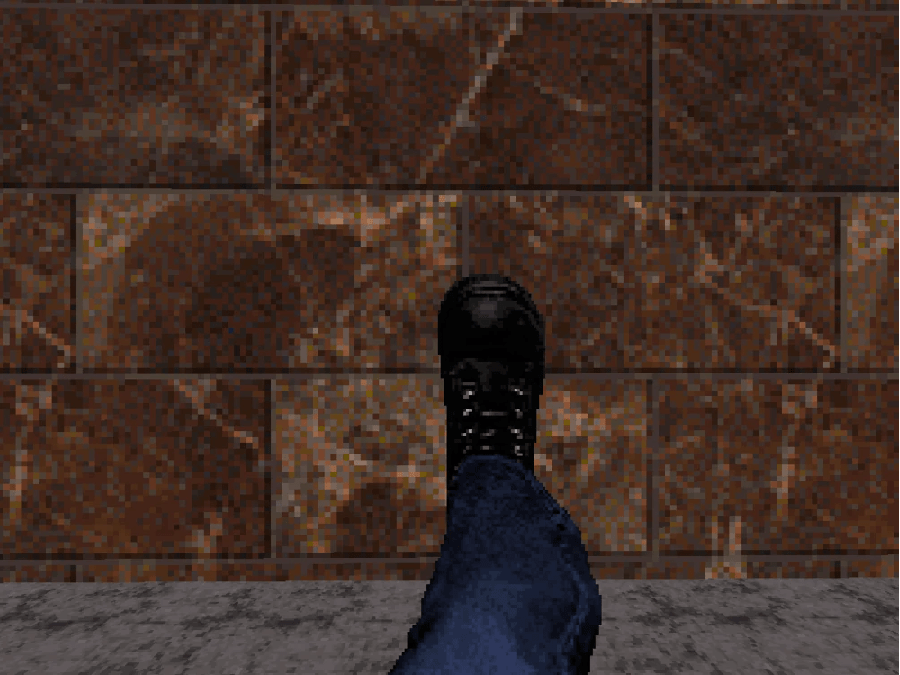 I will say that Duke is actually wearing boots that look like they can deliver a decent kicking.

The Knuckledusters from Doom 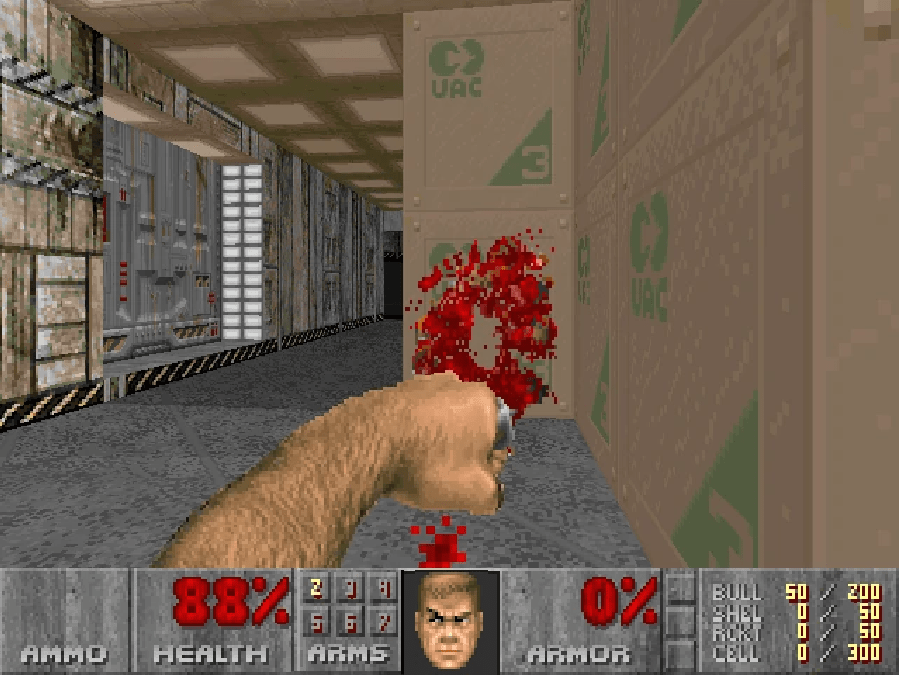 By default, the Doom guy has a weapon that isn’t the chainsaw, and isn’t the implacable, super-strong terrain-breaker you see him toting in later games like Doom 2016. He’s got a punch, which suggests that when faced with the forces of Hell itself, he would absolutely throw hands, even if that’s the most useless thing in the world to do (and it’s kind of not, there are absolutely punch runs of Doom). The thing that’s kind of charming about this is the knuckledusters you see, which suggests that Staff Sergeant Flynn Taggart, who had already been exiled to Mars for violently assaulting a superior officer, decided to carry with him in his personal effect another weapon for personal combat.

The Crowbar from Half-Life

Okay, this is seen as an ‘iconic’ weapon, in that you can like, buy things with the symbol on it, and it’s taken on a memetic quality as if it’s somehow an impressive demonstration of badassery from Gordon Freeman, which is kind of weird? Because on the one hand, yes, Gordon Freeman has carried that crowbar around through a lot of impressive locations, but he himself has almost always relied on it and other tools to accomplish some violent ends, and almost always relied on manufactured, precision crafted, point-and-use-it-correctly firearms.

What I have learned about guns lately is that when you start using them, the most common mistakes from them is not knowing how to handle the recoil, so the gun bounces backwards and very often breaks your arm or ribs because guns by definition have kick.

Anyway, without the crowbar, Gordon can’t attack people. He can throw some objects (to no real impact), but he’s always reliant on the HEV suit. But without a weapon, Gordon doesn’t even think to, or try to, throw a punch. It’s interesting because it kind of underscores that Gordon Freeman is a person who needs a weapon to hurt anyone.


Look, Shadow Warrior is a game I’d really rather not remember too much. As far as the ‘holy trinity’ of the 1990s Build Engine games go, Shadow Warrior is the one that I don’t want to revisit. But while I hold my breath and dart into the room like an office toilet, it is worth noting that Lo Wang has one of the best claims to personal badassery in this lineup because when he’s down to Not A Gun, he breaks out a sword and has fists that attack fast enough to stunlock some 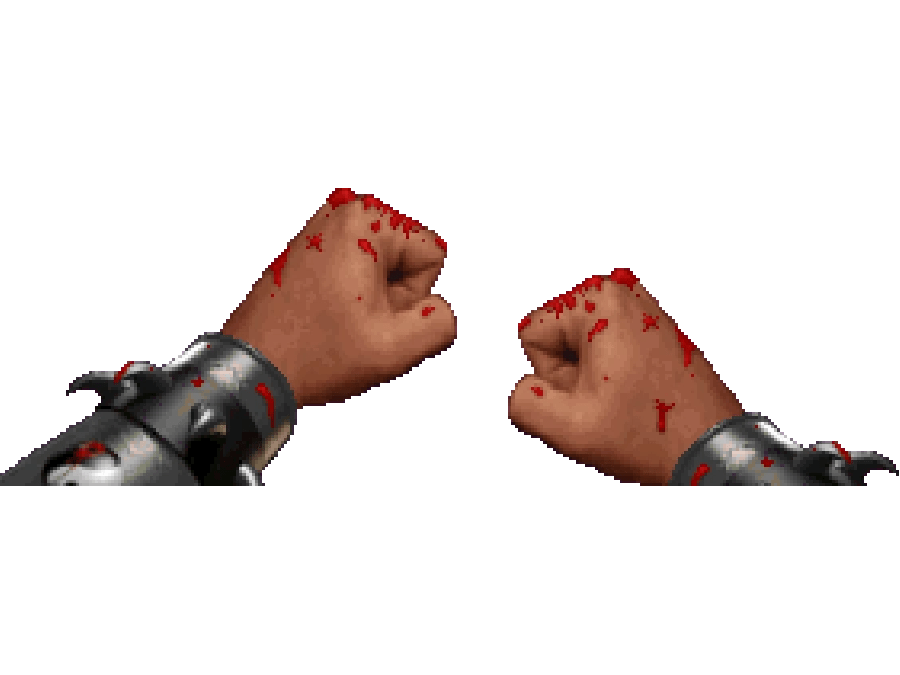 Anyway, point is, Lo Wang as a character is super unpleasant to talk about, but as far as his claims of being an immense fighting force badass goes he can back it up.