I kind of already want to apologise for that post title. Moving on.

Writing advice time. Specifically, writing advice about signalling characters of diversity. I don’t know if you’ve ever listened to me talking about Harry Potter as a universe, but one of the complaints I’ve had is of what I call ‘Dumbledore Diversity,’ the notion that an author can, post-fact indicate the orientation of a character that is never otherwise signalled in the media, and that isn’t, in my opinion the same thing as writing media that has actually included marginalised people.

By the way, Korra is also kind of an example of Dumbledore Diversity. If you cut ten minutes out of that last season you could make any hint of a relationship completely dissolve.

Anyway, point is, I don’t have a high opinion of this stuff. At the same time, I’m also more forgiving of media where a character’s gender and relationship to it is reasonably kept mute, or only spoken about euphemistically. I’m not one of your ‘every character is trans’ folk but I’m definitely sympathetic to how hard it can be, in a setting other than our own, to try and signal to the audience that a character isn’t a Total Cis. 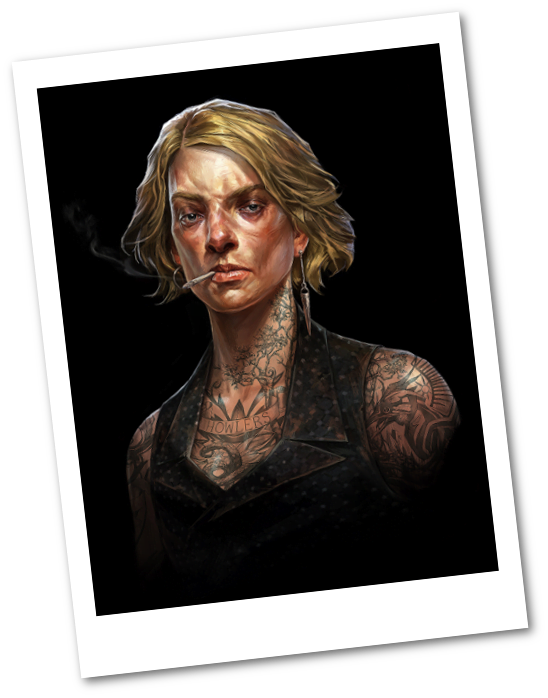 I was thinking about this as it pertains to Mindy Blanchard. If you wanted, you could take all the textual references to Mindy’s trans staus in Dishonored 2, and very reasonably interpret it as a character who merely made a major shift in her life. Maybe a distinction across class boundaries. There’s a lot of ambiguous language about it, because we don’t have common language showing that characters are some variety of queerness.

(We’re kind of privileged in this modern day. We have whole realms of language and text that are trying to retrofit a host of older experiences and finally give useful names to people who want a meaningful way to identify themselves in communication to one another. That, by the way, is another problem.)

I ran into a similar place in my own story, in One Stone, where a trans woman is part of the major cast of characters, but at no point could I deduce a way that a character could, nonjudgmentally say ‘oh, she’s trans.’ There was no common language for it. Prejudice and marginalisation were part of the story. In science fiction, utopian work, there’s a little more room, but that wasn’t how the story worked. So what do you do?

And how do I reconcile this relative impossibility of conveying gender atypicality with my high standards for demonstrating romantic atypicality? I put this thought around, and finally realised the problem with these two things, as compared, in media:

GENDER is internal, personal, private and involves complex terminology we do not have in every common strata of human experience. In some cases it’s representable by depiction of genitals, but we know that’s not reliable. In some cases it can be conveyed by pronouns, but that’s not reliable. And what’s more, when dialogue is spoken by people, it comes through fallible sources, and it can be very hurtful to put, in-universe, the conversations replicated when people with The Genders deal with people who have no idea. I used one of these in One Stone, by the way, but I kept it mostly off-scene.

ROMANTIC ORIENTATION is almost entirely external. You show your romantic interest by who you interact with and how, and how you respond to other people interacting with you. It is very easy to depict two people in love, even if you never have the word ‘gay’ in your universe’s lexicon. Indeed – depicting people in love, or in lust, or in a sexual relationship off-scene, is incredibly easy.

Ace gets to sit in the middlespace, too: Is a character actually ace? Or have they simply never encountered anyone who interests them? This is a question that can be hard to grapple with, defining a negative. I know Bojack Horseman, of all things, did a surprisingly good job of conveying this: