Okay, I’m going to spend June trying to talk about Queer Media, but then, what does that mean?

In Nanette, Hanna Gadsby talks about the challenges of creating what others refer to as ‘lesbian content.’ Apparently she’s criticised by fellow lesbians that her work ‘lacks in lesbian content.’ Her rejoinder to the complaint about the levels of lesbianism in her content is to point out the entire thing is delivered by a lesbian, who is on stage the entire time. It’s kind of stiff to tell a queer creator that the things they create, from their queer perspective, aren’t queer.

I write adventures and fist-fighting and design games about boats and blog about game design, and it seems to me nobody would call anything I’ve made ‘queer media,’ because it doesn’t feel or seem like queer media. It doesn’t have the Queer Media tropes of Queer Media-ness. The fact that I’m queer isn’t really part of the conversation – and it’s even something I’ve been criticised for, as people want to know my ‘queer credentials’ to talk about queerness. If I’m writing about what it’s like to have a trans friend, who am I to write about that, if I am not, myself, a trans friend, I guess? And when my queerness does come up, it tends to be the sort of dismissive, oh-well-that-hardly-counts way.

This topic tends to make me angry, and leaves me feeling pretty disgusted with myself, and also insulted by people who ostensibly want to be accepting, who eventually degenerate into them policing other people’s queerness with a lot of conflicting demands. I’m not very open or public about my sexuality or my sexual interests, a fact I generally interpreted as ‘being polite’ and ‘not being gross.’ After all, the guy in queer spaces who brings up his sexuality is often seen as basically being a gateway to being a sex pest. Yet the most acceptable and obvious way to make queer media is by being extremely obvious about characters’ sex and sexuality and how they care about it and relate to it and that’s part of why a lot of queer art is also pretty horny. 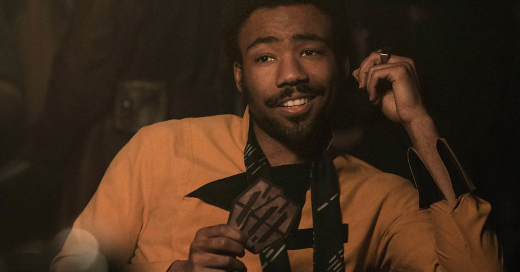 It’s silly, but I have this lurching discomfort about when I feel like people are trying to argue ‘I like this thing, therefore this is a queer media, therefore this is good media.’ I don’t mind queer readings, but it always feels like we forgive billion dollar empires for a lot. I’ve talked about that as it pertains to Venom in the past. I’m not immune to it, mind you. I’ve watched some Star Trek now, and gosh, I can see why people thought Kirk and Spock might be fucking. Heck, I’m a big believer in fandom as a creative engine and fan creativity as an axis of engagement.

Still, I don’t want to spend this month’s dominant articles talking about things that Could Be Queer, If You Squinted, unless I guess the fanwork itself is particularly queer, or full-fledged enough to be worth writing about. It feels like kinda an asshole move to take someone’s fan-comic or fanfiction to task like it’s getting the same backing as a tv show.

What then of games, though? You’ve got to do something there. I’ve said in the past that the player creates the game, and that’s still my opinion, but does that mean when I play Doom that playthrough is Queer Media because the Doomguy’s being controlled by someone who thinks Yohio is hot? That seems pretty thin – and I mainly think it seems thin because I feel it’d be hard for you to connect to without knowing me personally. 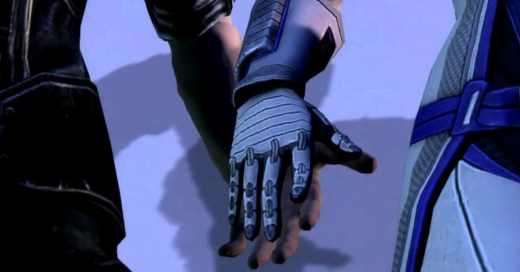 None of this is to say these things do or don’t count as queer media. I’m just talking about it as I’m going to write about it this month, and some of my more complex feelings about what I don’t want to talk about. I think if you put my feet to it, I’d say that ‘queer media’ is a mode of interpretation, and people make media conducive to that, but I’m no expert.

I saw once a tweet saying something to the effect of a queerness threshold in media, as a useful rule of thumb, was that they considered a work to be worth investigating if there were queer couples in it. Not a queer character, or even two queer characters together, but queer couples that had a dynamic as a couple and mattered as a couple. More than one is better, but at least that, having two queer characters who can engage with one another meaningfully, that’s the line for them. For now, I like this tool. It’ll do, for this month.

This kicks some of the Mass Effect games from my memory; a character you could romance into queerness but who, left to their own devices would be otherwise inert, wouldn’t meet this threshold.

Here’s hoping it goes well, and I don’t wind up just getting more angry about Life is Strange.