Hey, let’s talk about things for talking about games! And sure, it’s old hat to me, but if I use it and you don’t know what I mean, I look like a stupid asshole talking over your head, and it’s important to remember everyone learns a concept somewhere!

I want to talk about Mastery Depth, a term I used when talking about Century: Golem, then realised I may have never mentioned it anywhere before. I mentioned it offhandedly, but never really sat down and wrote out what I mean when I describe it in games, or what it’s good for or what it’s not.

Here’s the concept, then: Mastery. The ‘put it in a single sentence’ version of Mastery looks like this: Mastery is the way the game is affected by having already come to understand the game.

That’s a small sentence, it’s reasonably simple words, and it’s also a little confusing. I’ll try to explain it better. For pretty much every game, previous experience playing the game makes the game easier to play. Sometimes that’s just a matter of learning the rules more thoroughly, so you don’t need to look things up. Sometimes it’s about knowing what you should prioritise in the game, after the rules present them to you as a big wave of equal stuff. 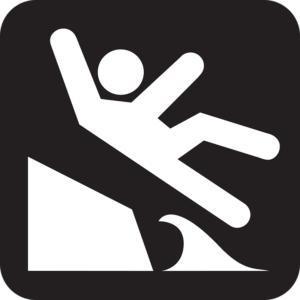 Mastery depth is a way to look at a game in terms of how much of what a game does that rewards players with more or less mastery. Is there a game you can think of where there’s a particular dangerous situation that can come up and you need to know how to recognise it? What about the way we see Chess, a game with a variety of ‘openings’ that require learning a new language to understand? Mastery is how you recognise those things. A game that rewards mastery often rewards playing with mastery – games like Dungeons and Dragons are mind-blowingly complex, but as you master them you learn how to stop caring about unimportant details, and learn ways to build the game to get the outcomes you want.

A lot of games get called ‘bad’ because they lack mastery depth, and some are ‘bad’ because their mastery depth has a hard limit. Connect Four and Tic-Tac-Toe are games that once you understand them enough are solved, and the person with sufficient mastery knows the way the game will go and wins it. By comparison, though, there are some games where it’s hard to tell different levels of mastery – you can look to the intricate and complex development of Magic: The Gathering, where asking a computer to calculate ‘best plays’ in any given situation is brain-explodingly difficult.

I think about this because one type of game I’m trying to avoid creating and sharing with my niblings is games where I, a grown adult with time to focus and a better constructed memory and a lot of experience, am just always going to beat them because they are kids. This has meant I’ve been delighted by some games I normally used to think of poorly – I bought King of Tokyo and have found it an exceptional game in its class, for example.

Bear in mind what players need to know, how much they have to play, and if your game needs mastery or rewards mastery, and if you’re okay with that. Mastery is fun! I love games with a lot of mastery depth… but I’m also learning to love the games that are a bit less likely to reward you for a long-term plan.