I started this year pretty burned out on writing about Magic: The Gathering, what with the heavy narrative focus on the importance of Nicol Bolas, and what I saw as at least another half year defined by that story and the ongoing pressure of Teferi. I wasn’t having fun! It wasn’t cool! I found myself getting annoyed at how much work it was to pump out Magic articles that weren’t very shallow, and so, I stopped.

Now, this has not been a good year for Magic: The Gathering, overall, I don’t think. It’s probably sold fine, but it’s just been one of those years with a lot of rake-step moments. Bannings in standard, data breaches, story controversies, another new format being created and handled weirdly, continued problems with Brawl, players just being the worst and oh look, another Teferi planeswalker that we’re all going to be very glad to see rotate out and also, Throne of Eldraine bringing

But while I haven’t been writing about it that much I have been playing Magic quite a bit, and I realised there was a whole fistful of cards from this past year that I really liked and I wanted to shout out about them. Hey, if you’re a casual Magic player, these cards are worth grabbing, especially because they’re really cheap. 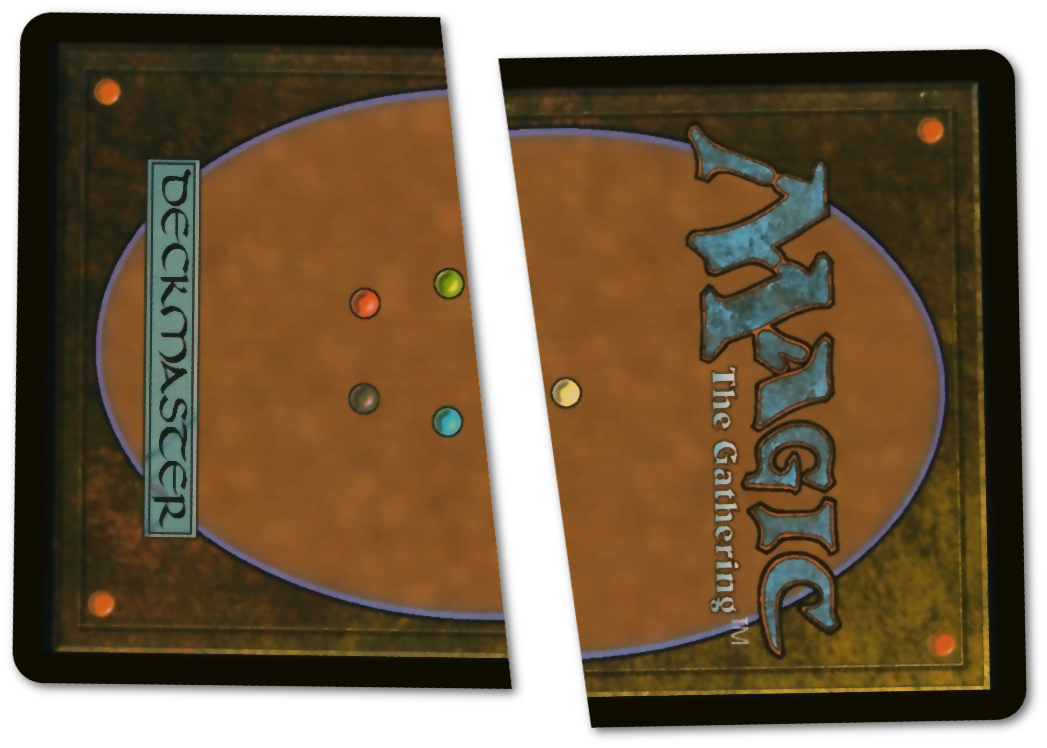 In Ravnica Allegiance and Guilds of Ravnica there were two cycles of split cards. We’ve seen split cards a lot, they predate my presence in the game, and they’ve been done in a host of ways. They’re a kind of card that are even used as an example of what not to do in design, because they are two cards on one card. Split cards have a lot of unintuitive unpleasant ideas in them, like how each of the two cards on it are slightly worse than what you’d get if you just had one card dedicated to either. You’re paying for that flexibility, and that’s a real cost.

There’s also naming conventions. Because there are two cards, they have two names, and that means that every cycle of split cards have had to come up two linked names that were nonetheless convenient to speak about. That’s where we get some mainstays like Fire and Ice or Consign To Darkness, with the different kinds of split cards caring about a different joining word. It’s great.

This cycle does something new again, with one side being a cheap hybrid spell (one that either of the two colours can do) and and a two-coloured spell. In our previous parlance that’s ((A or B) and AB). These get named with two words that have a common starting syllable. This is the kind of card design I love, where there’s a sense of cleverness that also serves to make the cards handleable. It’s user interface, and it’s a really good one.

Anyway, some of these cards are renowned for their importance in standard and larger formats, but I wanted to highlight a handful that you should grab now while they’re as cheap as they probably ever will be, for at least trying out in every single casual deck you want to play. These are workhorse cards, cards that replace a lot of narrower cards in casual formats. 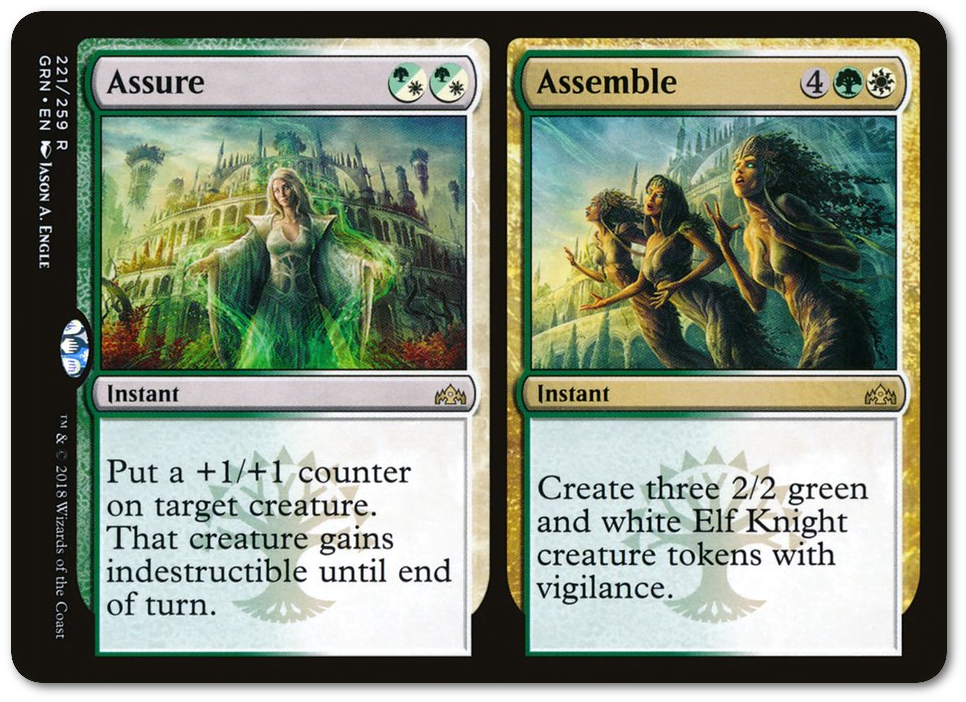 Who wants it? Hey, if you’re playing a green-white deck that wants to invest in good individual cards like Loxodon Smiter or Prowling Serpopard, you’re likely to be vulnerable to removal. This card lets you save a creature from some removal. What’s more, decks like that are often able to smash an opponent down to a decent life total, but then be unable to close the game out because the board is jammed up or you’re out of creatures. Making three attackers in your opponent’s end-of-turn step can do the job of a Ball lightning, a lot of threat they didn’t used to have a way to deal. 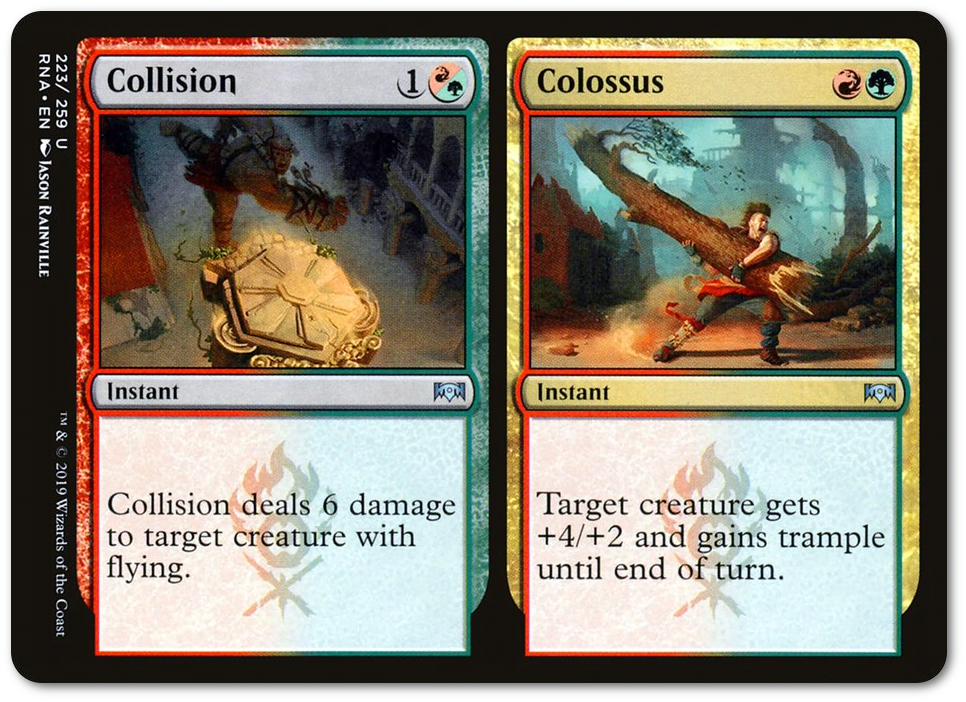 Who Wants It: Decks that can make use of combat tricks and reallllly don’t like seeing big flying lifelinkers or defenders like Yosei or Baneslayer Angel. This is one of the best ‘kill a flier’ cards I’ve seen around because in any situation where it’s not going to be useful it’s still a lot like a Lightning Bolt or cousin of Giant Growth. Note that Colossus granting trample will do weird things with your Deathtouch creatures, so file that one away in the back of your noggin for a bit.

Basically, if you ever find yourself running a pump spell and you’re in these colours, this is a really good pump spell for the cost you’re spending and what you give up is that it’s not perfect at eliminating, I dunno, Geralf’s Masterpiece. 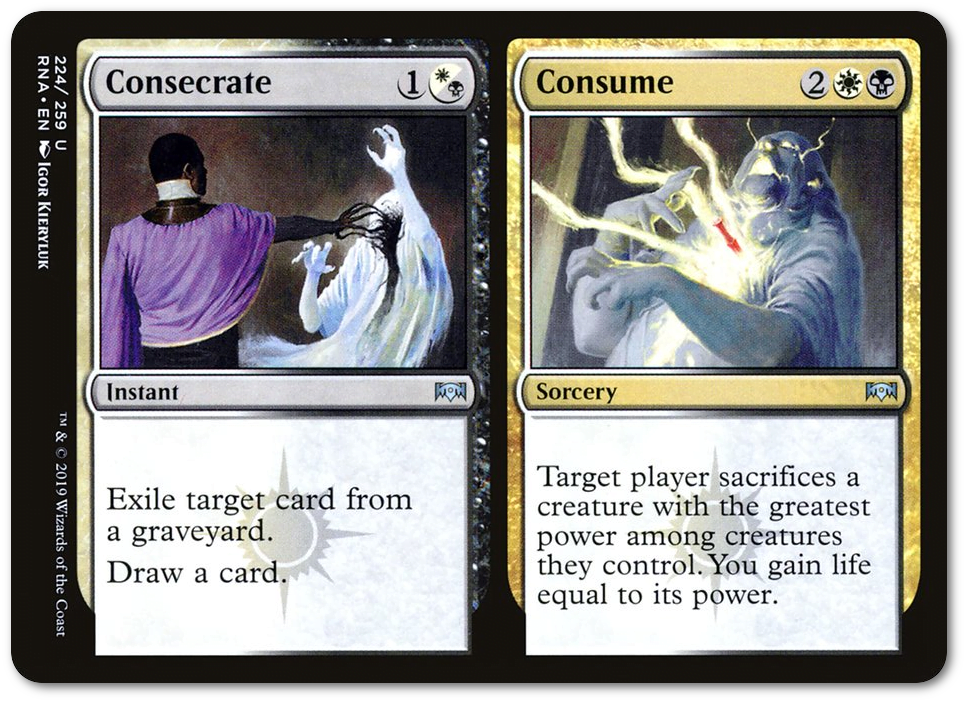 Who Wants It: Controlling white-black decks that want to make sure they hit their land drops early and keep the board clear. This card will almost always have a way to cycle away, even if it’s not giving you any value, but more important than the cantrip is the mega-edict you get as a followup. If you clean the board a few times in a game, the board is going to be populated with smaller numbers of larger creatures, and making what sticks go away and getting some life out of it gives you more time to keep going on to your next big spell. 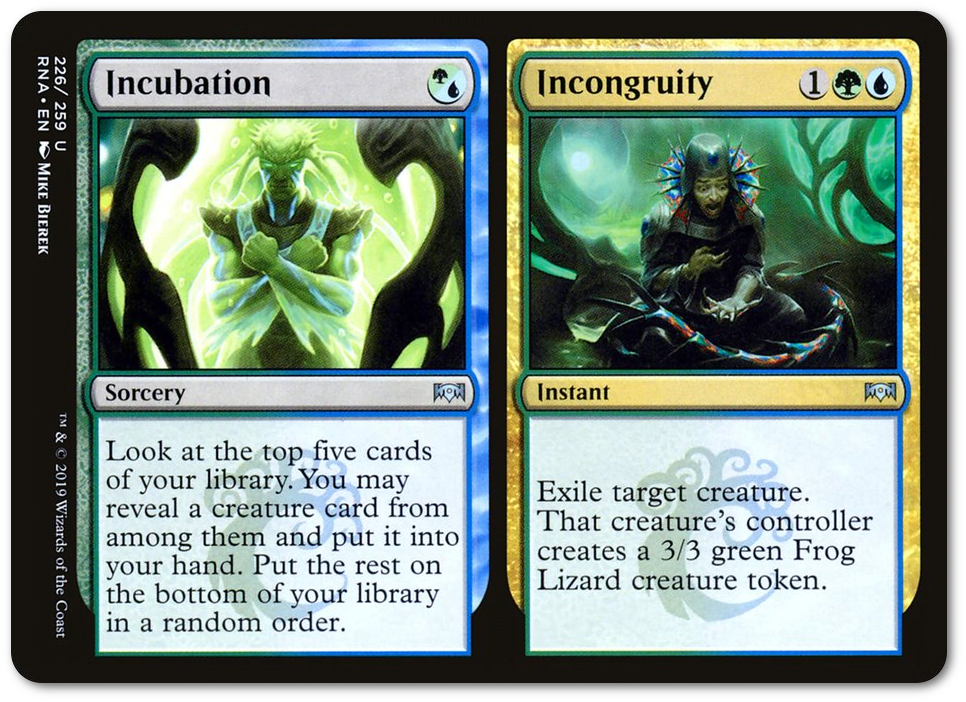 Who Wants It: Almost every big creatures deck. Like Consecrate it cycles away, replacing itself with a creature if your deck built to be mostly creatures, and the second half is just a really strong utility effect, an instant speed froggery that can turn a very scary creature into a creature that probably doesn’t bother you very much.

If you build a deck that can be outmuscled by a 3/3 or where you’re running a low creature count (think like, 10-12), this won’t fit in well, but in any kind of ‘big monsters’ simic deck or a ramp deck, this is going to have a home. 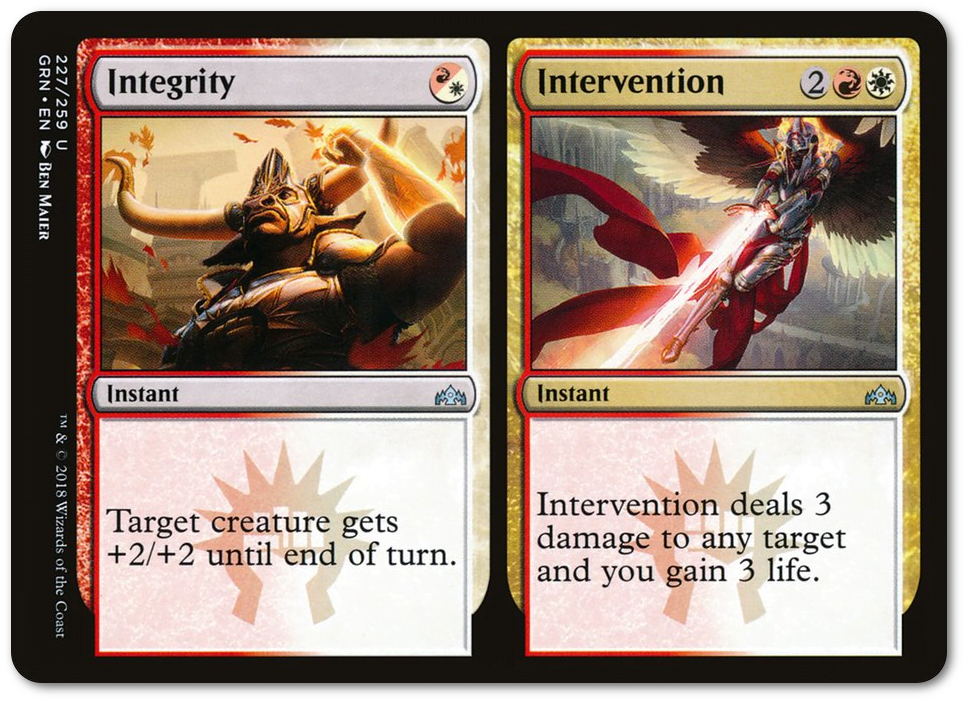 Who Wants It: Red-white decks that need creature pump for some very important reason, to the point where you’re willing to overpay for Lightning Helix. A deck full of double strikers, for example, is going to make a lot of use out of this card, because there you can get four damage instead of two. I use this in my Atali commander deck, and it’s magnificent just for having a one-mana way to keep a creature around when I’m looping Mirror Entities. 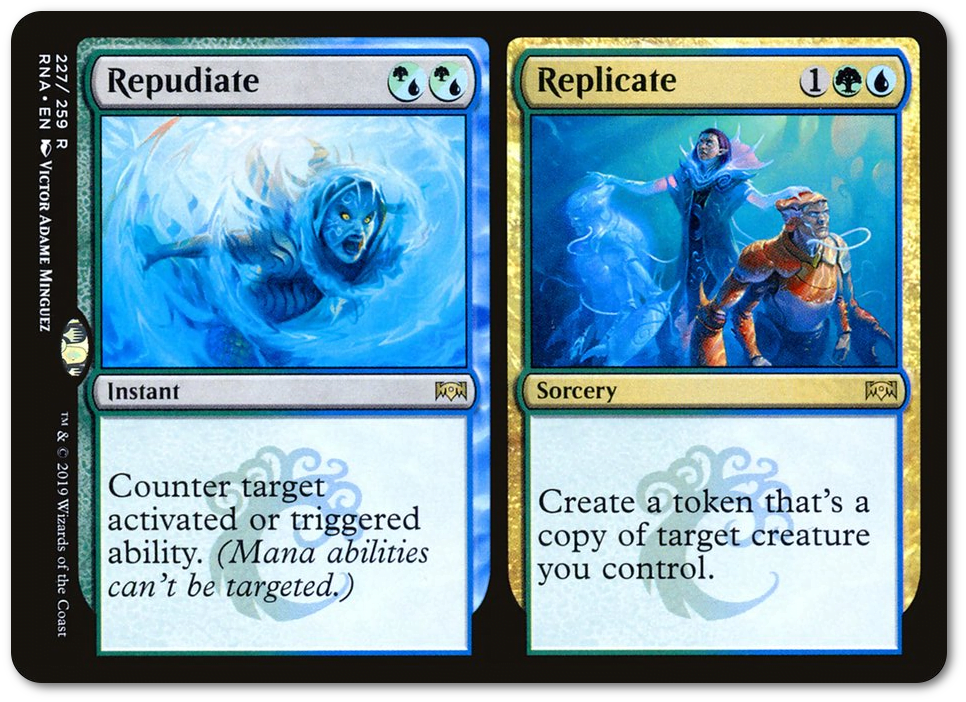 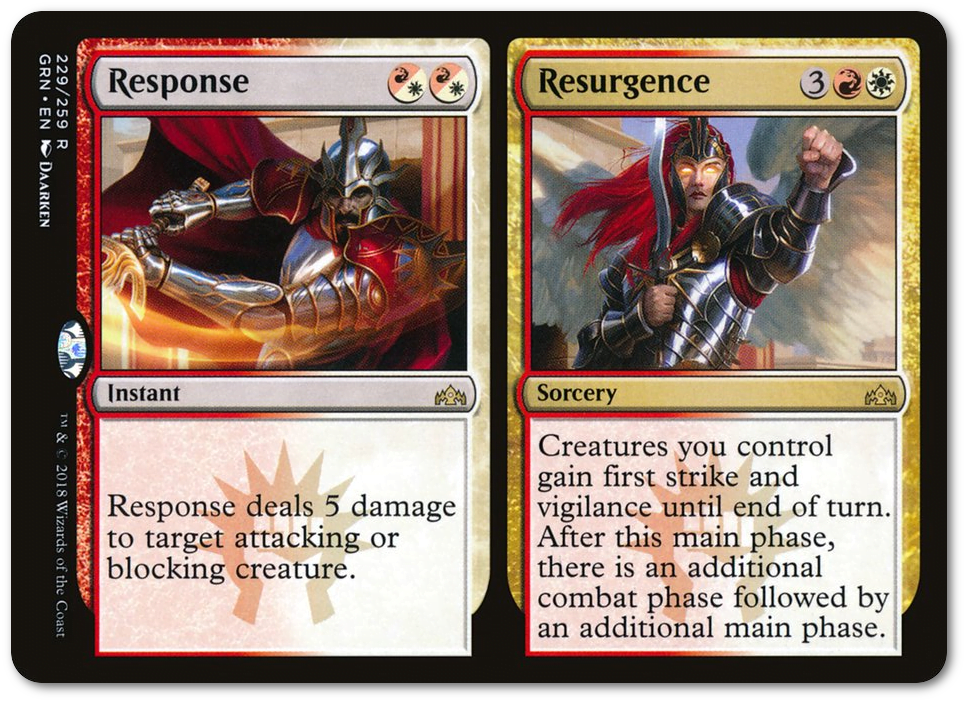 Who Wants It: Controlling multiplayer decks. Vigilance is extremely strong in multiplayer, and this doesn’t just give you that, but it can give you a king hit you need to maybe knock two players out in the same turn (or more, with some abilities like Myriad). Thing is, if you don’t have that situation happening, Response is a solid removal spell that you can use to punish some extremely large threats coming your way.

Really, this is the kind of thing red and white should always want to have around in Commander. Lots more split effects that can get you ‘card advantage’ by having flexible solutions. 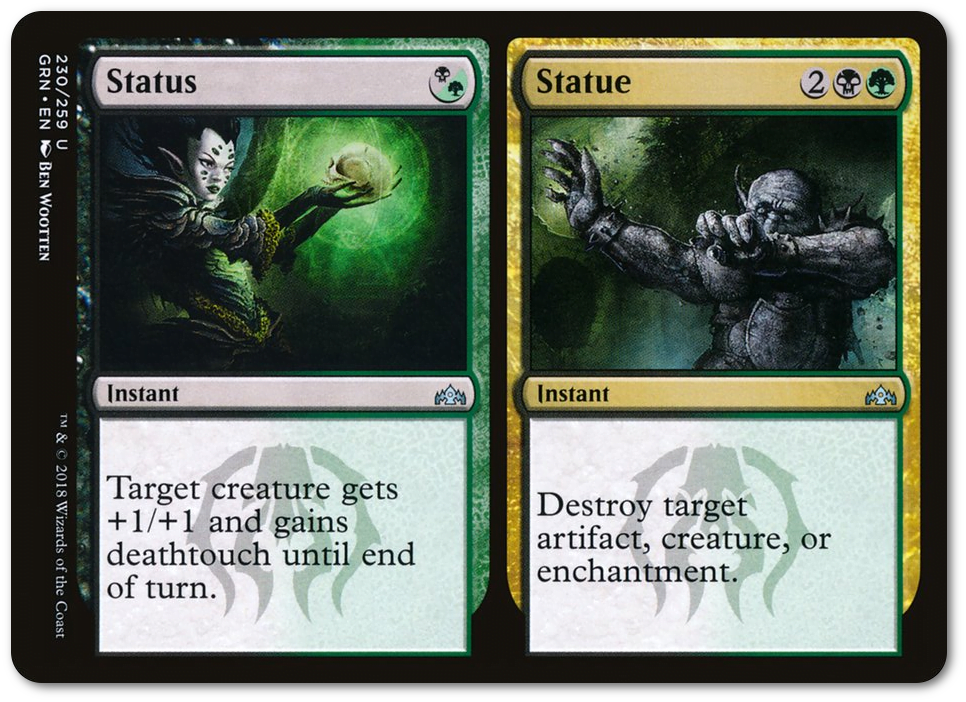 Who Wants It: Creature decks with solid creatures that can still fold up to particularly dangerous permanents. Think of cards like Ensnaring Bridge or Aura of Silence or Wellwisher. This card will in a lot of situations just be a removal spell, but sometimes it can push you through or get you ahead on cards by doing cute things like killing multiple blockers for only 1 mana.

Note that Status has a fun interaction with trample; when you trample, any amount of damage is enough to kill the thing you hit, so if you attack into a 4/4 with a 4/4, and cast Status on your creature, not only do you survive, but you deal a full 4 to the defending player. 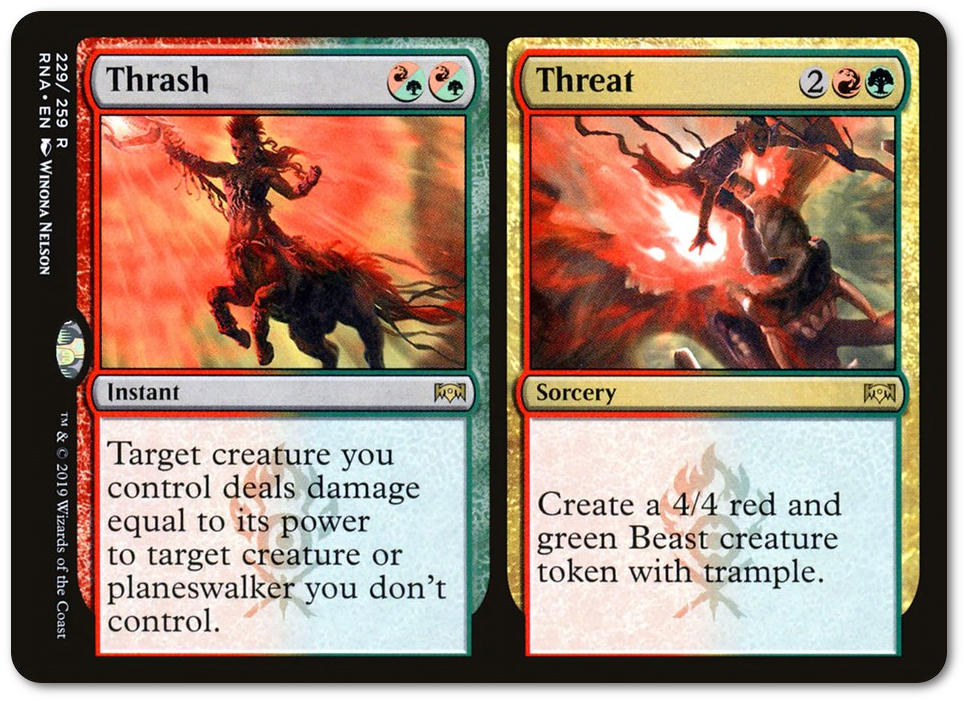 Who Wants It: Red-green decks that can get bogged down.  Not your one-drop two-drop three-drop blargh kind of  ‘math is for blockers’ green-red, but if you like dropping down green-red monsters like Spellbreaker Behemoth or Boggart Ram-Gang, this card is removal if you have a threat and it’s a threat if you don’t need the removal. 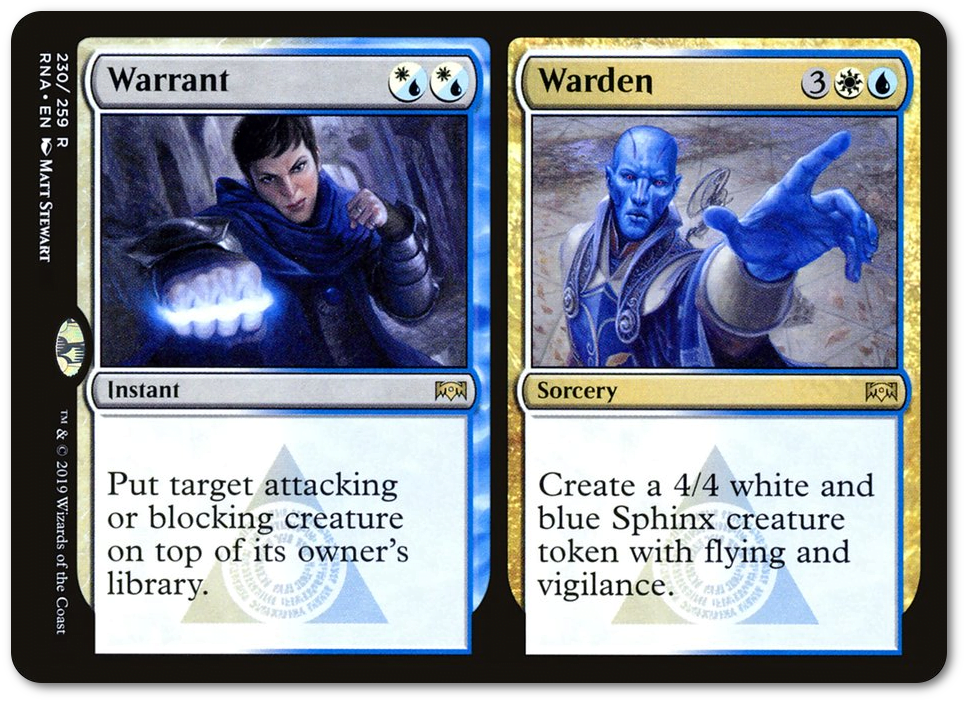 Who Wants It: Every single casual blue-white control deck. This card is awesome. Warrant is an underappreciated kind of bounce spell, one that forces your opponent to spend a whole extra turn replacing it, and the kind of blue-white control decks I like to play tend to let your opponent swing out, just trading spells until they’re exhausted, using wraths and draw to go up on cards and killing them ‘eventually’ with ‘something.’

And look at that, Warden gives you a something. It’s a Serra Sphinx that you don’t have to give up a whole slot for. Sweet!

I love these cards! They’re all really cheap! They’re definitely worth adding to your cube or something!