I participate on the Custom Magic Subreddit, a place where amateur designers come together to make cards for Magic: The Gathering, and it is a place where, overall, people get the colour pie wrong. But that’s okay, because we’re all amateurs and we’re all having fun.

Now, if you look through my history you’ll see that largely, I am pretty negative, but I have seen cards that I liked and wanted people to see, and so, that’s what this post is about. I thought I’d get all the cards I liked in a year and put them in one master post, but uhhh, so that was a bad idea for a number of reasons. First, Reddit doesn’t archive your personal upvoting history that far (it only shows the most recent 1,000, it seems), and second, I have liked way more than ten or twenty cards this year, and third, some of the people who made those cards have deleted their accounts, which makes it really hard to properly credit them.

Hey, Wizards employees! Stop reading! This is going to start showing custom magic cards, as unsolicited designs! Thank you! I don’t want you or me getting in trouble! 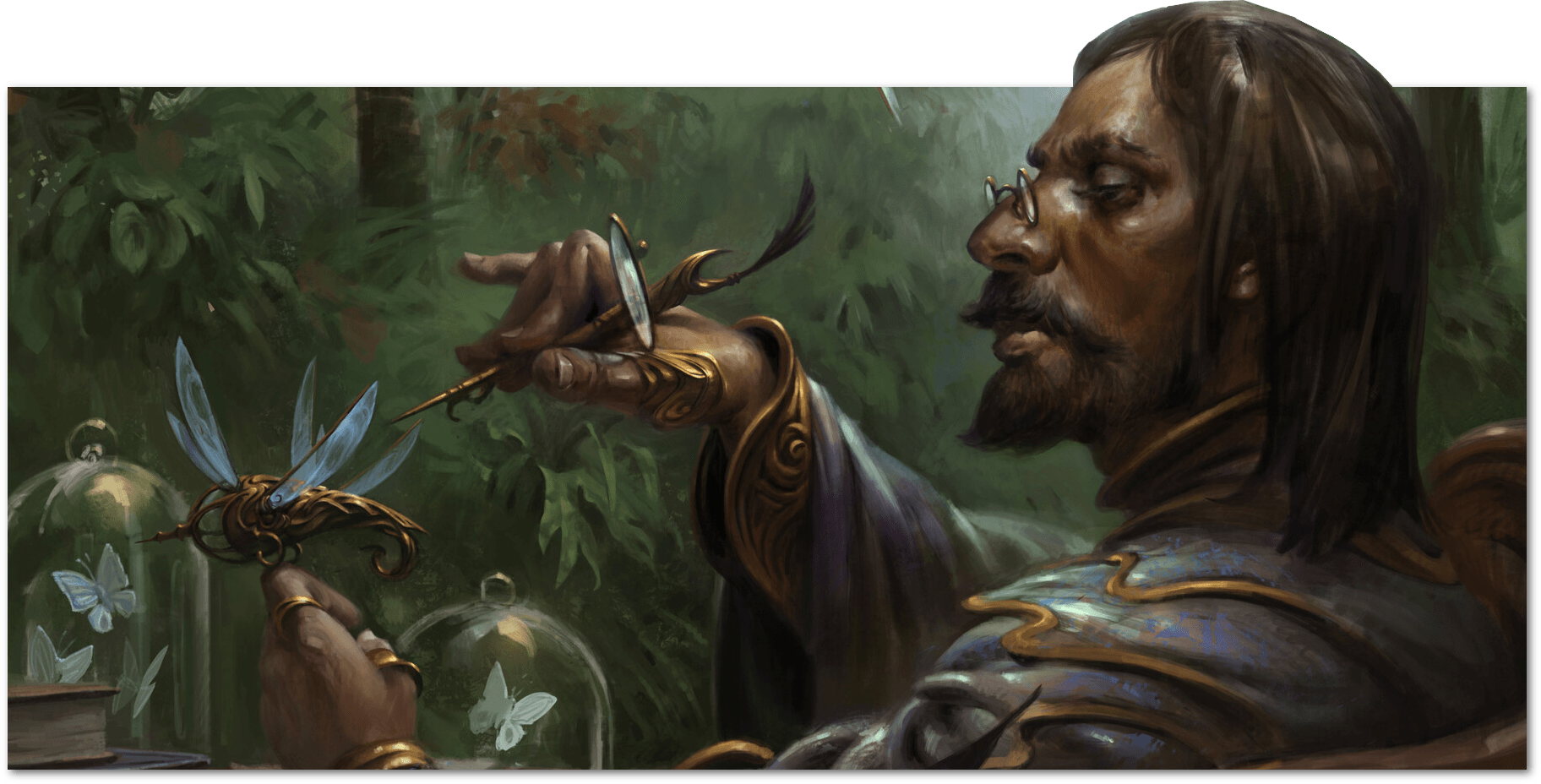 Now, I don’t intend to unpack a lot of these cards, but I really liked these and I kinda wanted to show some of them off, like ‘hey, go look at what kind of neat stuff we get up to in the custom magic subreddit!’ and maybe give you some ideas for things you can jam in your cubes. 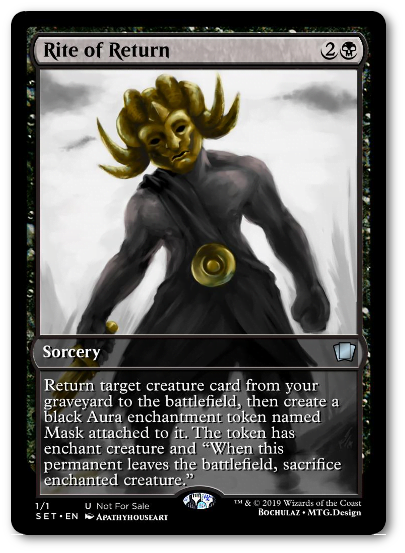 Rite of Return by u/Bochulaz1

I like this one as a fix to the Animate Dead problem, which is an enormously complicated card because it wants to represent a spell that can be dispelled. This does that job in a much tighter space, and if you think this spell isn’t tight, go check the oracle wording on the original Animate Dead. 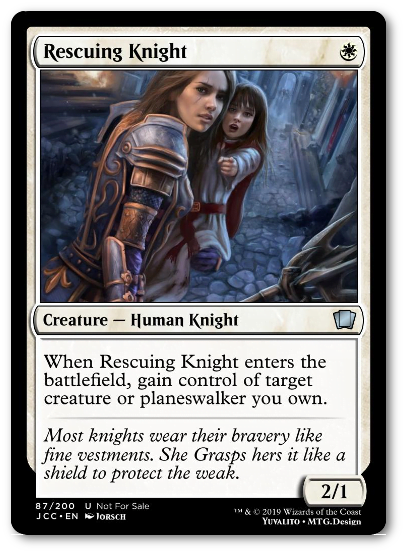 I’m also a sucker for 2/1s for W that have some niche effect. It’s efficient, it’s tight, and it gives you the tension of knowing when this effect is going to be worth holding versus when it’s worth getting pressure on the board. 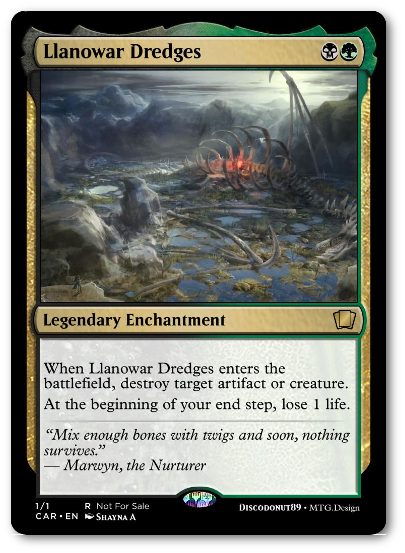 Here’s a rare example of the legendary supertype, normally a design problem, being put to good use, presenting a solid cap on what would otherwise be a strong ‘blow that up’ sorcery. 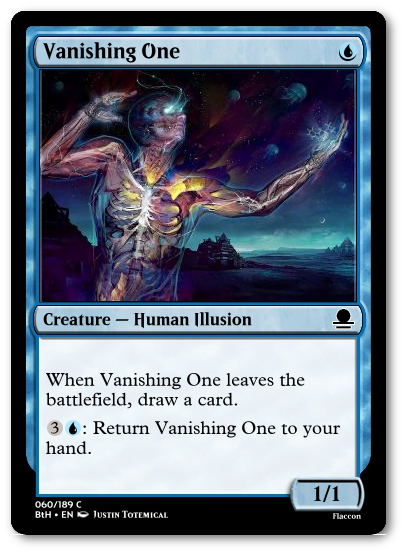 I spent a lot of time looking for 1-drops that worked well with Ninja of the Deep Hours. This is a fun example of that, and thanks to being a 1/1 non-evasive for 1, the risk of putting this utility effect in your deck means that you’re only likely to do it if your deck can make some use out of a small critter. I like it. 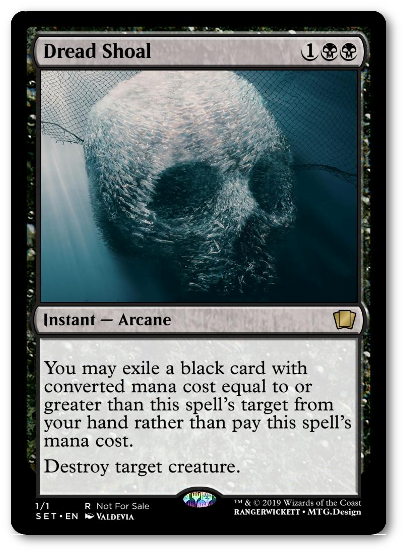 Reference to free removal spells Horobi’s Whisper and Sickening Shoal, cards that I like but which were a bit clunky. This also plays with wording that Kozilek, The Great Distortion opened up, bringing together technology many years apart. 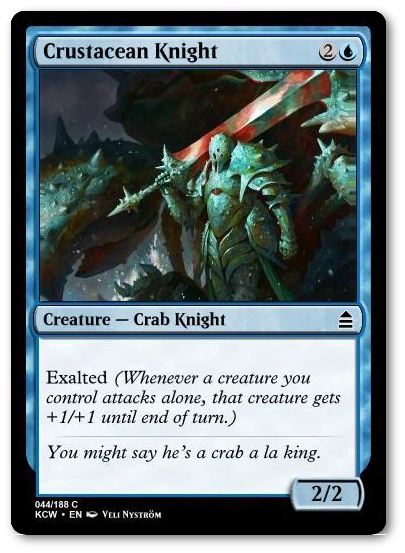 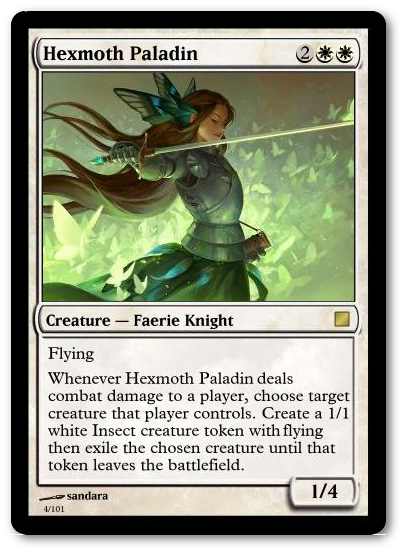 This is obviously very strong, but the potential for blowout on a creature that literally all colours can remove or worse for less mana seems to me to be neat. I’d have rather she also be an X/1, but I can see the argument for making the card the body it has. 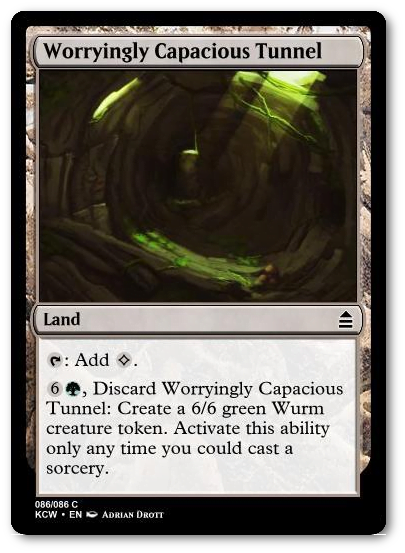 Do I just like ChainsawInsect’s sense of humour? Maybe. But this is a great example of a utility land that, because you have to discard it rather than sacrifice it means that once you’ve made the choice to play it, you stop having to make choices. This is nice! I like it, it means that there really is no reason to hang onto it and it’s still a fun card you can use with other land-to-hand cards. 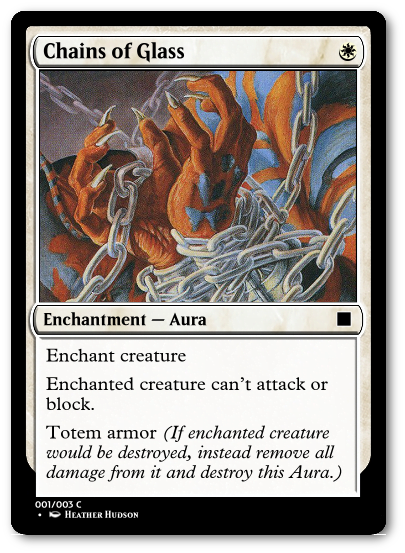 Chains of Glass by u/Raderph

Finally I like this one because while it’s mostly a decent removal spell that doesn’t work well alongside wrath effects (meaning it wants to go into white aggro or tempo decks rather than control decks), it’s also got some magic-the-puzzling effects you can use to preserve a card if you see something like a wrath coming.

Making cards is fun! Come give it a shot sometime! If you’re at all like me and already involved in this community, my advice is to spend some time saving these things over the course of the year, with source and links because it’s surprising how easily Reddit forgets.