Well, that happened faster than I was expecting.

This time, last year, I showed you this image:

I think a detail I failed on making clear, when I first posted it, was why I was posting again. The first half of that year had been occupied with my Honours thesis, yes, but also I didn’t think anyone cared about this blog. The numbers were consistantly low, and the stuff I cared about the most wasn’t really getting traction. Numbers are an awful way to make a point, but I felt very clearly like my blog writing just wasn’t interesting to anyone.

Here’s how that same chart looks this year:

What this means is that as you read this, I am on what WordPress considers a ‘streak’ of 577 days of non-stop writing. Last year, I wrote 159,371 words for this blog, and this year, 243,550 – though these are wordpress stats. WordPress stats are kinda nonsense – because this year it believes with 365 days of daily posting, I’ve only posted 270 times, so, for all I know, this is total crap.

The top blog posts, according to You, The People (which is obviously silly because it’s going to bias towards things that have had all year to get hits), then filtered by Me, so it’s not just a bunch of MTG articles:

My average post length is about 820 words, which seems to sit right between the ‘right size’ for blog posts in the general sense. It’s also pish – some videogame reviews take five thousand words, some blog posts are basically a big tweet.

I also gave up on the Verdict/purchase sections of my game reviews this year. No particular reason, just after several years of history I could see literally nobody used those links to go check out the store pages for those games.

That segues us into my academic life, since that impacted writing on the blog.  Some posts got stripped out of the blog because they’d do better both A. On my Academic blog, and B. with fewer swears in them.

This year started my part-time study of my PhD. This was originally looking at taking 3 years, with a short series of projects in each year. Government support shifted under me, and so I’m now doing my PhD as a part-timer, a project alongside working for the uni. This means I won’t finish it very quickly, but I’m okay with that.

This study has been pretty intensive. One of the things I have to do as part of the PhD is put my work in a scholarly context, which means being able to tell what existing research has been done in this same area, and how it relates to what I’m doing. This is for the benefits of those who come after me, as well as for myself. What that means is that the first year (two years in my case) of PhD work are what’s called a literature review – I basically spend two years doing nothing much but reading and making my research question look coherent to the university’s tastes.

And that means that this year I have done a ton of reading, way more than I did last year.

Boy howdy, I’ve been taking notes on this. Just some books off the top of my head, but this year has featured a lot of books; just to chuck out some names from my Annotated Bibliography, I’ve read Understanding Media (McLuahn),Alien Phenomonology (Bogost), Unit Operations, (Bogost) An autoethnographic study into mindfulness meditation and the impact on psychotherapy training (Bartlett), A Play of Bodies: A Phenomenology of Videogame Experience (Keogh), Privilege, Power and Dungeons and Dragons (Garcia), Persuasive Games (Bogost again), Doing Autoethnography (Conway, Adams, Bolen), Game Research Methods (Lankoski & Bjork), Autoethnography: Understanding Qualitative Research (Adams, Jones, Ellis), The Art of Failure: An Essay On The Pain Of Playing Videogames (Juul), What She Used To Do, I Do (An honours thesis from my uni), Analytic Autoethnography (Anderson), and Man, Play and Games (Caillois).That’s just the stuff that got in the notes roster – there’s also some books I’ve ditched and some books (Reed’s Auto/Ethnography, for example, was super rough emotionally and not too immediately useful to my work). Lots of books.

Part of this work is going to be building the skillset to process this fast. So far after the first eight months of work, I’ve gotten into good note-taking habits for one book. And it’s exhausting.

Oh, I also read two sample chapters of this. 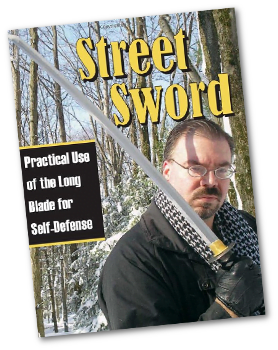 In fiction, I’ve reread Monster; read a variety of short light novels by friends on twitter; Neil Gaiman’s Trigger Warning, and I’ve found I’m enjoying reading old D&D 3.5 sourcebooks. I’ve also been beta-reading a book for a friend (and not doing a great job on that front, sorry). I reread the three Kamigawa novels, though that was more of a flying visit, for the Kamigawa revamp project.

That said, when you have to read as much as I’ve been reading, I kinda crave reading non-academic stuff when the days’ work is done.

I didn’t do much with robots this year! I thought about it – there have been a few ideas for robots in my notebooks – but mostly I don’t want to make anything super slapdash, since I rarely have the emotional energy to wade back into slow-loading corpuses of text like Conservative Gamer Tweets.

Which really, deserves a full overhaul.

Oh boy, I made a bunch of media this year. There’s been a video each month, regular podcasts for the first third of the year, until life circumstances changed for my co-conspirators.

This year’s video production has been interesting because the main thing I wanted to do was get used to the tools of making things before I got any ambitious projects in mind. Some of those projects have come to fruition and some haven’t, but most importantly, I now feel capable of giving good advice for the next step.

My first videos, the Making Fun series, are all very hodge-podge, but they’re also short-form, punchy, and I hope, relatively easy to digest. Since then I’ve been able to do long-form videos like Deus Ex: Mankind Divided, and learned a lot about how much I need to slow down. I’ve also realised how much work a pan-and-scan does.

I also made another Thanksgiving play, but not a Christmas one. I’m nervous of these things, as I make them, because I don’t know if they’re nice or just cringey.

Oh yeah! This month has a shirt, too!

This year has featured the following twelve shirts:

Okay that’s a lot more than twelve, isn’t it?

I’ve been bracing for this one. This is the first year since 2016 where I didn’t have a game-a-month out, pretty promptly.

I had to bite the bullet and admit it though: I had made some games I wasn’t happy with. And that unhappiness grew as I stocked them. There’s a bigger blog post on the matter coming, and I’ll be talking to my Patreon Patrons about it first, but the basic truth is this year, I had some stumbling, in no small part due to my expanding my operation to interact with more artists.

That said, this year did feature two games I’m really proud of and happy with: I’m happy with LFG and Winston’s Archive. We’ll talk more about the rest, though. Games like Clout, and the Nyarr sourcebook, and indeed, the project of game a month.

Uh, so my grandmother died.

Two of my best friends had a daughter.

But I keep circling back around to my grandmother died.

A few years ago, I started making some silly Christmas cards that made fun of how rough it can be having family engagements with people you don’t like. They ended with For Grandma’s Sake or referenced being at Grandma’s house, which is how my family Christmases went. I went back and looked at them, and found that one of the cards that I explicitly made thinking of a partner of a family member was twofold redundant – I no longer had that grandmother, and the family member no longer had that partner. Everything about the card that came from a very personal space was now wrong.

I’ve been thinking about my grandmothers a lot since the funeral. About my dad, my mother. About complex love.

The expectations I made for myself at the start of the year was as follows:

Completed game design? Yep. Done that. Some of them have had to be quietly choked out, and some of them didn’t get launched, but that wasn’t the design being incomplete.

A video a month? I set out to do it and I did it. I tried a bunch of different ways to do it, too. And I have some thoughts on that, too, but we’ll go more in depth in the future. I also wrote a light novel with a friend, Moon Light Moon Knight, which was enormously fun to do. Caelyn’s a narrative designer, so we got to have conversations about themes and structure and the invisible ink of how we designed the very structure of the book.

2018 has been a lot of work. I have achieved a lot of things. It might actually be one of my most productive years of my life ever. LFG has been a proof of just how excellently a single game with a small space can succeed, even if it has also highlighted a bunch of disappointments.

I’m honestly kind of worried about 2019. Like, what more could I have done this year? Will I have the time? Will I be able to?

Still, this year, I have made tools for making things. I have gotten better at getting better. And I am going to keep going, keep lifting, keep carrying, and I will keep making, as long as making makes me happy.

As for what, well, we’ll talk about that next year.