There’s a lot of old gods in the deep.

Calling Offshore a sharkboy is true, sure; he’d call himself a Deep One if you asked him to, because that’s the English word his people use for what they are. If you asked where he’s from, he’d say Devil’s Reef, which, yes, is a name for one of the dozens of small, treacherous coves up on the New England coast.

It’s not that that story never happened – though it’s not his Devil’s Reef. It’s that it wasn’t his story; it wasn’t the story of his people, who are as different as other surface people. If you ask him who his people worshipped, he’d tell you a name, then tell you the translation:

Offshore knows the ocean is important, knows Poseidon’s will is important, and he has a reason to believe that in this City of Heroes, where Greek Gods are seen and echoed all over, there’s a reason for him to be here, rather than down, in the old and glimmering libraries.

Offshore is a clawed, fanged, wiry monster-boy. He has an extremely fast metabolism that means he heals fantastically quickly, and in a lot of ways that’s it. Offshore is basically an extremely strong warrior from a distant culture, living in Paragon to explore its culture and fight evil in a way he finds personally satisfying.

Where previous characters examinations like Moonheart and Xixecal are about presenting characters defined by a skillset, Offshore here is a character whose abilities are pretty much exactly straightforward; he’s sneaky and stealthy, and he hits like a shark attack. He’s not possessed of a remarkably large array of skills – he isn’t capable of like, watch repair and gun maintenance, but he is fantastically savage and violent in personal combat, possibly due to the claws and all the fangs.

In a typical group situation, he’s a handy ‘weird outsider.’ He has a certain degree of ‘just kidding, unless’ energy, where he will sometimes table a suggestion like, hey, would these Malta guys bother you less if some of them got eaten? and then realise that that’s not normal up here, like, gosh, sorry for being the shark boy. Without a normal framing, he’s just a bit alien, but he did grow up in a place which was effectively a border town between a Deep One fish-person city and a small New England town. 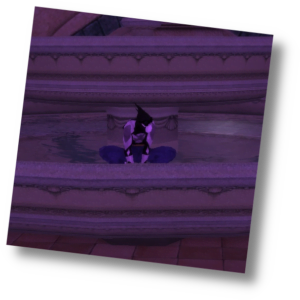 The little town of Hamham in New England lurks on the edges of the Deep Reef, a low, spiralling set of treacherous corals and rocks that kept ships at bay during the days of trade. Nonetheless, those within the reef could fish inside them, making what should be a meager life, and were whispered about as a town with a dark secret.

The dark secret was all the fish-fucking.

While I’ve shown some Defenders and Dominators, Offshore is one of my small number of stalkers. In his case, he’s a Savage Melee/Regeneration stalker. The market space for survival tools for stalkers is a little more crowded. Offshore has a relatively cheap build, and it has this going on:

While Moonheart and Xixecal are team supporters, all that Offshore offers a team is a lot of damage poured onto a single target, extremely hard.

There are two stories that underpin Offshore’s idea. The first is perhaps obviously, the Lovecraftian Horror story, The Shadow Over Innsmouth. For those unfamiliar, in that story, a lone pencil-necked turbonerd self-insert for Lovecraft, because that’s what they largely all are, gets stuck in the little village of Innsmouth, where he finds thanks to basically bothering a drunk, that the town has been taken over by a cult of fish-fuckers that are getting gold and food from a nearby reef in which live some fish people who are creepy and eerie and want human sacrifices and are connected in vague ways with some suboceanic god or other from Lovecraft’s mythos. The ‘big twist’ of this story is the protagonist finding after he survives and escapes a Night Of The Fish Knives that he has in fact, secretly been the child of a fish-fucker, and the fish-fuckery is genetic, so he’s going to go off into the ocean with his long lost lady cousin A Female Character, to run off into the ocean to be fish fuckers in the great big eternal library.

The other, less horrific (openly) story, though, is Greek Myth. Greek Myth is very important to the world building in City of Heroes, where there are characters directly connected to titans and ancient greek mythic figures all over the place, with the main ones being Lord Recluse and Statesman.

I like Greek Myth but I think of Greek Myth as basically this many-layered vision of horrifyingly poorly done fanfiction. There’s a lot of real history in how it happened, but a number of Greek mythic stories are kind of local legends repurposed into the main story of the most commonly known mythic character – which is why Zeus has dozens of these illegitimate children and Hera keeps putting up with him, even if this is a pantheon that is not above some dick-lopping. This means you can go in a couple of different directions when it comes to interpreting any Greek god. You can either treat the many layers of cultural fanfic as reasonable, and the many, many repeated themes as being almost like a tabloid, or you can treat them as stories. Stories from unreliable narrators, stories that maybe got repeated or misrepresented, or maybe as all of them happening.

The important thing is that Greek Gods, the ones at root, before they were these vessels for thousands of layers of narrative, were often in some ways, representative of some really big, spooky things. In the earliest versions of the Greek Pantheon we can construct, for example, Poseidon is actually the god in charge of the Pantheon, and that character is a much more terrifying god of Oceans and Earthquakes (this is also when Rad Monster Boy Dionysus gets his kickoff).

Also, a friend had the name Poseidon on live, and played her more as a lovable sexed-up storm goddess than the uh… more… nonconsensual form you saw in Greek myth. 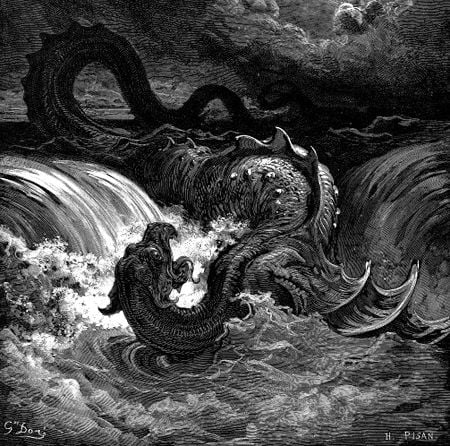 In the context of City of Heroes, I didn’t want to go with ‘Poseidon is a Cthulhoid horror,’ but instead went with the idea that the cthulhoid horror that the people of Hamham did a deal with was just another interpretation of Poseidon; same house, different phone number. The representation was monster-hot, because the whole point of them was to be Sexy Monster Fish People, because Lovecraft’s horror was always about treating things like Innsmouth as being horrifying in the context of secretly representing Others that he didn’t like. If I, a marginalised person, want to find myself in Lovecraft’s work, I’m going to show up in the horrifying spaces where he painted monster people.

And then, since I know I’m not horrifying, I’m going to make that stuff rad.

Offshore is a cool, sexy shark boy. I don’t know how good a job I did making him hot, but he’s basically meant to look like an orca furry, within reason in the context of the game’s engine. He’s dangerous and scary because he’s capable of violence in a way that most people don’t deal with, but everything he is and can do is just a byproduct of physical effort – basically, he’s the same kind of powerful that Black Widow, a woman with a lot of martial arts skill, is.

Offshore is a new character, created for Resurgence, and my first experience with the Savage Melee powerset. I like it a lot, and the Assassins Strike looks dope as hell.