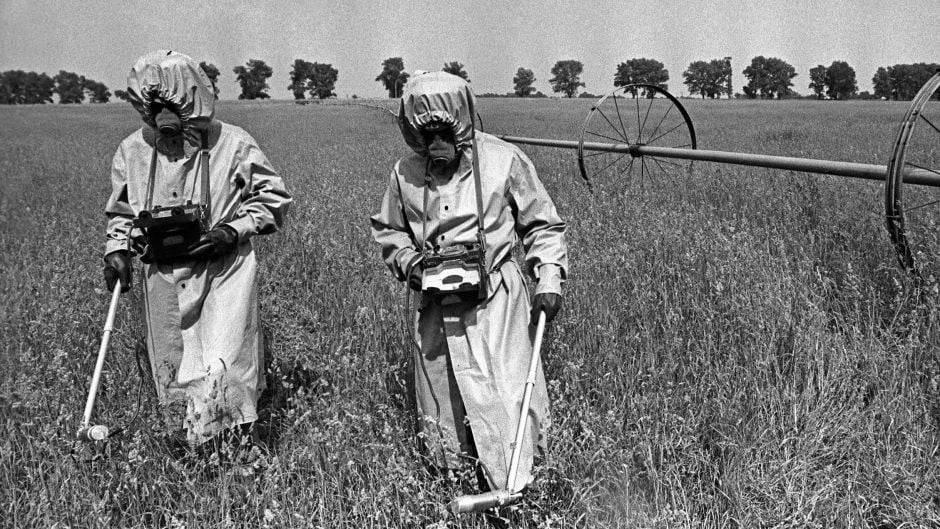 I haven’t felt any need to, for a start. It definitely sounds like a sort of prestige, high-quality, taut docu-drama, the kind of thing where the decisions made that depart from reality are done in ways that make sense.  It is based on a lot of detailed reports, and largely reflects accounts from reasonably trustworthy sources about the event that transpired. It does tell lies, of course, and it admits to it. I have no doubt that you can pick out choices and things that the story seems to be about, the way the story seems to be structured to make its point, but broadly speaking, from what I can tell, Chernobyl is very thoroughly researched and examines an event that is full of strange and seemingly fake stories.

Lords knows that the Russian government wasn’t happy about it, claiming it was full of propoganda. I know I heard a bunch of people on what I guess we’d say is ‘my side’ saying that the whole arrangement was made to make the Soviet Union look bad, and it was a sort of anti-communist piece. Which is always a bit weird when people talk about the Soviet Union as if it was an example of Communism doing good things what with all the uh, bad stuff it definitely did.

I haven’t, however, watched it.

What I have listened to, and what I find much more interesting, is the Chernobyl Podcast. This podcast is a conversation between Craig Mazin, the writer of the series, and Peter Sagal, who I understand is on NPR, about the series, and about the history as they were dealing with it. I approach this podcast a bit, let’s say, naively? Like, I listen to Mazin talking about what he did and why, and I generally don’t assume he’s making it up, or flattering himself. But, as with all narratives, especially from people who make and share narratives, I don’t largely see his positions and his opinions as expressed in the podcast as being too slanted or insidious.

The thing that sticks with me, though, is something that happens in the first episode, within the first five minutes, where Mazin says:

Chernobyl was in production, being written and researched, back in 2015. It seems that it was created as a byproduct of a very specific interest in a very  specific incident, possibly out of a self-important interest. After all, Mazin saw the story as one he didn’t know, and therefore went, well, surely it’ll be worth everyone’s time if I go find the story, and tell it. He talks about how he is bringing the story from the Iron Curtain, but also, he’s doing it with people who were around and affected, but he wasn’t. So, you know, it comes from this place of disconnect from the events, even as it seeks to involve the source material. I’m not saying it’s this perfect product, following from a perfect source, that it is a [Good Media] and the criticisms of it are [Bad Criticisms].

If you watched Chernobyl and thought ‘hey, this is dumping on Communism or Socialism pretty hard,’ then that’s fine and valid, because the details that stand out to you are going to reflect your experience. Absolutely, the series shows scenes and sequences that can look like they’re saying the Soviet Union was bad, with its KGB agents and references to the Holodomor and of course, the fact that Chernobyl happened at all in this context.

That’s not why I bring up this podcast, nor the story of Chernobyl.

I think this podcast is interesting. I think it’s interesting because it’s going over the writer’s notes on a historical event. The show? Well, sure, that’s a thing and you hear about the actors and the actresses and the set producers, sure, but the important thing, to me, the thing that I find engaging, are the ways in which Mazin is genuinely impressed and awed with the things that these people of the Soviet Union – not the government oversight, not the bureaucracy, but the people who are faced with this vast project and know that doing it will involve not just risking death, but will involve losing time on their life if you survive.

And the failure state for this problem is so vast nobody is going to tell you.

There is a heroic impossibility to Chernobyl as an incident.

It was a task that led to a generation of mobilised people hand-crafting lead baskets to wear around their scrotums as they wandered through the forest and gave themselves PTSD destroying all signs of life to save the world, to give themselves lifetime doses of radiation, to expose themselves to cancer and leukemia and terrible, terrible end points over years.

Anyway, it’s interesting to think about in the context of people not wanting to wear masks.

Check the podcast out. Apparently Mazin’s a real jerk, but it’s still interesting to hear him explaining choices in the construction of a dramatisation of a documentary.