Remember Friend Of The Blog (But Not A Good Friend Because He’s A Massive Weirdo And Has Creepy Views About Women And Colonialism), Roger Caillois?

For those of you who aren’t familiar, Caillois is responsible for the book Man, Play & Games, an extraordinarily influential 1961 book about games. After Homo Ludens, by Huizinga, Man, Play & Games is probably one of the most influential examples of game language. In addition to introducing the ideas of ludic and paidic play, two ideas that, you know, every academic after him seems to want to throw out because talking about paidic games is icky, he provided one of the better-known models for motivation for play. These terms were later expanded by Janet Murray in Hamlet on the Holodeck, with her idea of rhythmos. These five ideas are, in essence:

Okay, we talk about this every few months, but why bring it up now?

A criticism I have of Caillois’ model is that it sees the games as possessing a type and form that is inherent to how they are played. Like somehow you could be ‘not’ playing Poker if your motivation to do so was not competition but giddiness at random moments. That you can’t revel in playing Poker for the math of it, because the thing you should be enjoying, the reason you should be playing is instead the competitive element of it. 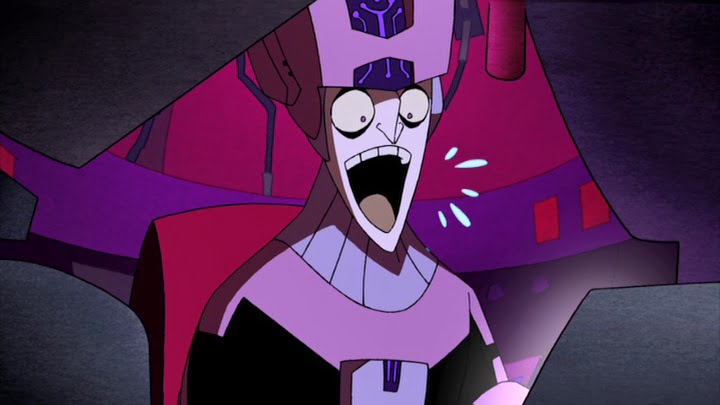 His model also breaks down almost completely as the games get more paidic, which is something his model introduced. When you start to play with things that are a bit more free and creative, you’re left wondering what purpose these elements have. Again, academics tend to throw out paidic games because they’re icky.

I prefer to think of these as not properties of games, but rather axes of approach. A player plays for their own reasons, and while some games make that easier, encourage it more or less, the fact is, the motivation is in the person, not fundamental to the game. For example, you can play with Transformers in each of these way.

We see Mimicry in the purest form of the transformer; imagining the transformer as a thing in its universe, as a robot, or as a vehicle. This roleplay is why we ignore scale differences, why we care about the detailing on plastic panels and how the thing can sit naturally, the way it can pose. When you are thinking about how a plastic toy robot with literally no moving face part is ‘expressing’ itself, you are playing with mimicry.

We see Agon when we consider the competitive collector. People collect for all sorts of reasons; they want to fill out sets and complete groupings. But it is the agonic collector who wants their collection to be best in some way; not a sense of completeness, but a sense of comparison.

We see Ilinx when we see the little kid who’ll fling a transformer through the air, and thrill at how it flies. The drop-tested toy has been made to resemble a plane, so should it, surely, it should fly, and rapt attention on the tumbling, arcing toy as it’s hucked through space, feeling the way it feels as it flies. There is a moment, a helpless panic as the toy shows what it can do, and it may even survive to do it twice.

We see Alea when the player does the above a second time.

And then there’s rhythmos. The play experience of finding the game’s rules interacting; the intersection of the transformation, the satisfying way elements change and recontextualise. Do you get annoyed when there’s a false chest, or a backpack dangle on a robot transformation? Do you find it unsatisfying when the two designs don’t demonstrate a common form? That there, that is rhythmos; the believe that the game is made of things, and those things should work well together.