If you know this character already, you know that there is one specific voice to use when writing about him. You might also know it is exceptionally annoying to write that way, and it’s even more annoying to read. It’s even the voice that the entire article about him is written about on the Transformers Wiki, which is so irritating to read that I have summarily given up on knowing anything true about the character and will not fact check anything I have to say here.

So here is the Generation 1 transformer, Blurrtimus ‘David’ The Jones. 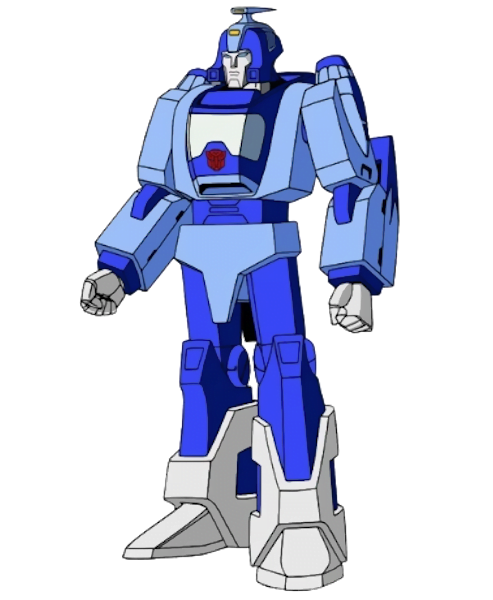 David is a transformer created for the Transformers Movie, back in 198something. There was this push for the movie to serve as this dividing line between old Transformers, which played up the disguise, infiltration, secret angle of the Transformers characters, to the new generation of Transformers, who were going to be more of a ‘weird world space-faring’ story, where every new episode took the characters to a new oddball planet or meeting a new oddball alien. This was in part to open up different kind of transforming robot designs and maybe free up the previous generation’s reliance on wheeled vehicles, and it shows in the way characters like Kuppimus Kup and Miss ‘Sir Not Getting A Toy This Generation’ Arcee have vehicle modes that are kind of not like what you’d consider a vehicle, more ‘sci fi space ship’ than ‘could be parked at a Blockbuster.’

Now, David here, aka Blurr, is a Transformer whose bit is that he’s fast. 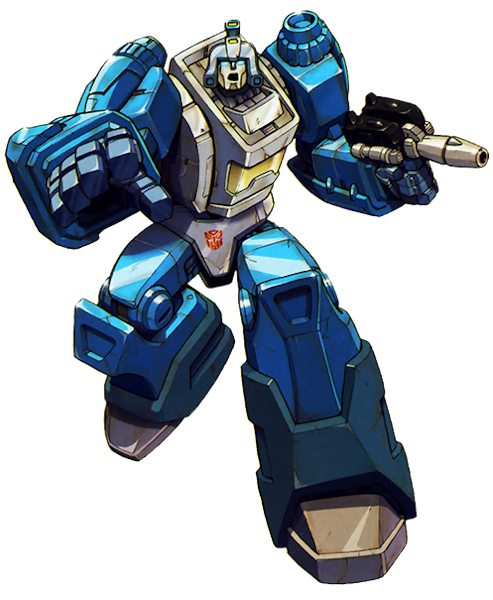 The way they handled Blurr in the movie was to have him talk very quickly, with a voice artist renowned for talking fast. That’s John Moschitta Jr. aka ‘Motormouth John,’ whose wikipedia page is easy to read, Telatraan-1, who has been responsible for a lot of voice acting in other roles. If you saw an ad for Micro Machines, or something like FedEx that had a super fast voiceover? That was this guy.

Blurr is meant to be fast, but if you look at him in the movie and subsequent series, they never do anything with that. Because, the most interesting thing about this is how we represent the affect of being fast, compared to the practical reality of being fast.

Like, the fastest way to answer the question ‘are you ready’ is ‘yes.’ And instead, Blurr would answer a question with dozens and dozens of words, and he would be shown moving at the same speed as other characters with a blurring outline. And that was good enough for me, as a kid, to look at Blurr and think ‘oh hey, I guess he’s really fast.’

But what does really fast mean? 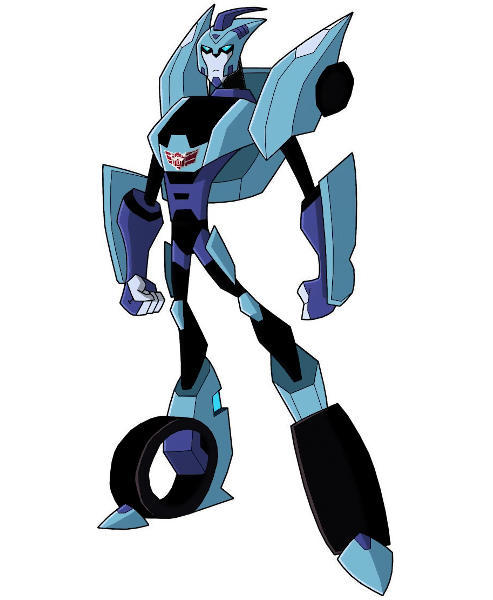 Which is the best Transformers,

Where he once again was verbose, but also he had things to say. Original Blurr was a character who had nothing to say, but said it a lot; but then in a later iteration he had the same affect, doing very clear, very quick, descriptions of the entire plot up until now. It’s interesting, too, because the character was also treated as if he was very fast, and him being fast was treated this way to both update late viewers on the plot, and to convey extremely complicated scenarios and solutions.

If you have a fast character, consider why you need them to be fast, and ways to use that fastness.

Okay, there, now, how do you end an article like this?