It’s my birthday, when this goes up. Hopefully, I’ll be asleep, but odds are good I own’t be, because it’s a Friday night-morning for me, and who am I kidding, I stay up late and when it’s almost time for a blog post to drop, I go ‘aw, yeah, you know what?’ and it’s fun. It’s fun. We have fun here. 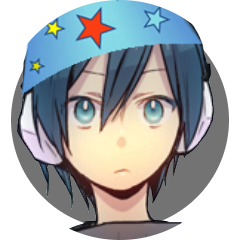 Anyway, it’s my birthday, and that means that hypothetically, it’s a time when you might want to buy me a present, or make me a present. I don’t necessarily think you should. After all, there are charities that deserve your money; I have a Patreon you can be contributing if you want to support my work; and I know a number of you reading this are not in any position to give gifts, and now my mentioning it can be guilt-inducing. Don’t worry about it. This is about something else.

Weirdly, this is about me. 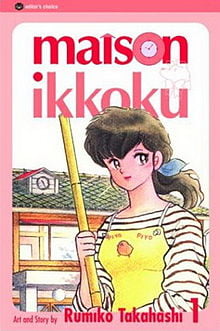 I have a problem I think of as ice cream indecision. It was first codified to me by the work of Rumiko Takahashi, in her manga, Maison Ikkoku. If you haven’t read the series, don’t worry about it, the basic gist is there’s a man in it who has a hard time committing to a decision. It’s told with a metaphor of a scene, where as a little child, his grandmother offers him one of two ice creams. He can have one flavour, or the other. In either case, the ice cream is going to be delicious, it’s not a serious concern: But he spends his time umming and ahhing between the two that it stresses him out and he can’t decide before the two melt.

I think about this scene a lot. More than is healthy.

I’m afraid of spending gift cards. I’m nervous about using gifts. Fox has found one of the most effective ways to get me a gift is to just install it in my life and suddenly I’ll be using it and it’s great and I’m happy about it. Last year, Fox got me a pair of nice knives and a griddle plate for our oven and I’ve used them every single day since and I’m so happy I have them.

There’s a lot of things tied up here. Like, I imagine people browsing wishlists of mine with a wrinkled nose going ‘oh my god, he wants that? What’s wrong with him?’ And this keeps me from doing anything that could be perceived as Horny (For Capitalism) On Main.  I’m afraid of being ungrateful, so I’m nervous of talking about gifts with anything but glowing praise, which means if I wished for something that turns out to later on suck, I’m left feeling I can’t talk about it. And as with many things, I’m afraid of whether or not I deserve gifts, and if it’s  foul arrogance to suggest that hey, someone might want to buy me a thing, maybe?

Anyway, this list took a long time to compile, and part of why was because I didn’t want it to have just one or two things that were very expensive (to me). So here, check out some wishlists of things I think I might want and I don’t know if I want them, and even as I write this I’m trying to argue myself out of it.

All of these companies, in some ways, suck. If you don’t want to buy anything from them, because they suck, that is 100% okay and I support your choices.

But more than any of this… I said I wanted some things. And that I can do that, and feel okay saying it (though I don’t know how okay about it I feel), well, that’s a step! It’s important!

Hey, happy birthday to me.