Content Warning: This is an article mostly about extending trust to corporate media and that means I’m going to mention a crap transphobic joke from a movie that’s pretty well liked. There’ll also be mild spoilers for Deadpool, the movie, and Wynona Earp, the series.

I talk a lot about the idea of media landscapes. It’s a term for describing not what a single piece of media does, but what lots of pieces of media, both in whole and in part, do, for the person who experiences them. A media landscape is a fuzzy thing to describe; it’s trying to describe common trends without necessarily setting down specific media to work from.

There’s a lot of common language in particular movements and media; a jump cut is nearly constant in moviemaking, but doesn’t have the same meaning in a comic book, because the timing of a comic book is much more beholden to text and space than the magic of a camera. To go more commonly, even anime fans who never watch anime about girls running to school with bread in their mouth are pretty aware of that trope, because they’re going to see it referenced in the media space around anime.

And so it goes down, and down, people who play videogames have the videogame landscape, and in that there’s the landscape of shooter games, then the landscape of historical shooter games and so on and so forth. It is layers upon layers upon layers of landscapes, and each one of them rests near one another, sometimes overlapping. We sometimes bring the shadows of our personal landscapes with us – I will always have a head filled with American Christian Praise songs when I watch something, and a certain trill of notes in the right sequence will always bring that to mind.

What that means is that sometimes you need to show where you are, where you belong in a landscape, and that can inform what you’re doing.

Now one of the challenges of focusing on queer media this month has been how little I’ve found that I feel comfortable and happy talking about. There’s a lot of stuff that’s regarded as ‘being queer’ that just isn’t queer to me, because I don’t think that the conversations of subtext and the subtle smiles and signals of some of these works really carries queerness. It doesn’t tend to work for me, because it most often feels to me that these works aren’t talking about queerness, and it’s only when you want it to be queer that it looks queer. It’s about how the whole kind of work, the whole landscape relates to queerness. 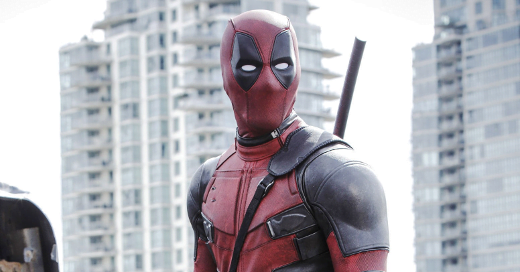 In Deadpool, there’s a bit where Deadpool makes transphobic jokes about a character each time he encounters her. It’s not a big moment, they don’t harp on it, but it’s there, and it sucks. It’s part of why I don’t really think well of the Deadpool movies as a result. That element stands out because the rest of the movie mostly treats sexuality in a very jocular way, with the centre of the jokes mostly being about how Wade’s masculinity handles threats. Basically, without going in on the joke like it’s a workshop, the joke’s a jab that suggests it wants to get away with it, rather than the joke being about being part of a culture.

Meanwhile, in Wynona Earp, a series I haven’t seen entirely, there’s a joke about Doc Holliday being bisexual… and I accept it. I accept it as proof that the character is bisexual. What’s the difference? Why does one look like a standard transphobic joke that was being thrown around to be edgy, and the other seems like a subtle reference to a true fact about a character, showing something without being aggressive or hostile?