It seems – I say seems because I haven’t gone directly wading into the dude’s entire corpus of work to get concrete, absolute, 100% undeniable statements and I don’t think I should or even need to because a surface glance over the guy’s positions seem to point that way – that Graham Linehan, creator of the IT Crowd and Some Other Stuff I Don’t Care About, is a transphobic terf.

Now, some folk have remarked that this isn’t a surprise – just check out the character of April, from The IT Crowd. She’s a one-episode character who’s introduced to interview the show’s perenially horny idiot boss, Douglas Reynholm. Doug hits on her, and she – inexplicably – falls for it despite his buffoonish ways. They date, she tells him she’s trans (her wording is ‘I used to be a man’), and he says he doesn’t care. They establish a short-term relationship, they have a bunch of fun, she mentions her trans status again and he becomes horrified because last time, he misheard her. It ends with them getting into a fistfight during which Douglas says more hurtful things and they break the internet.

I’m trying to give as basic an accounting of this as I can, because whoofh, this is rough. 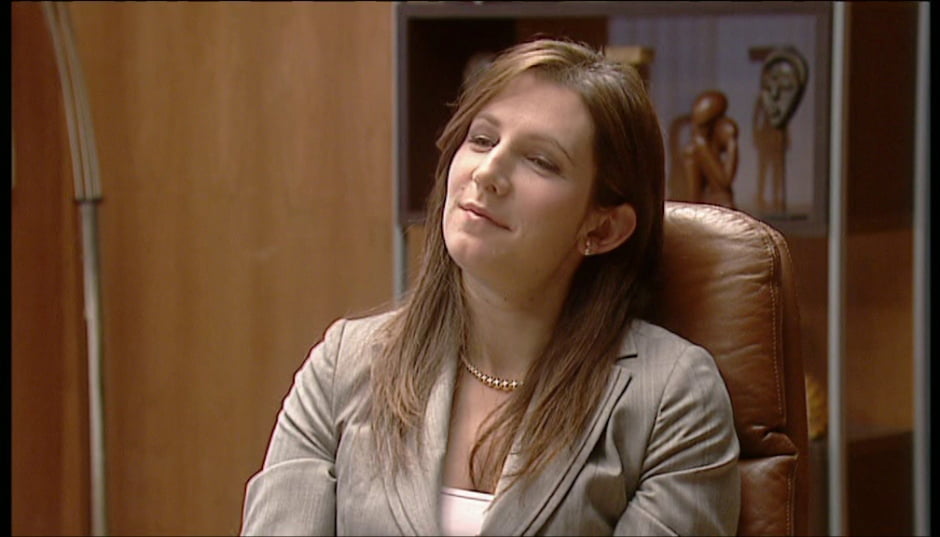 And okay, yeah, if you know Linehan is transphobic, then yeah it’s super easy to see this story as stunningly cruel and unnecessary to a trans woman. It’s not just that the show introduced one, but she’s misgendered after a reveal, and Renholm explicitly refers to her as being gross or wrong somehow.

Anyway, the thing that sticks out in my mind is that it’s pretty weird, since April kind of rules.

April isn’t played by a trans actress – she’s played by a cis actress, which unbelievably is not the norm. This episode aired a year before The Dallas Buyer’s Club, where a Fuss was made about Brave Brave Jared Leto, stepping out of his comfort zone to Wear A Dress, oo, he’s so bold, and yeah, you know what heck to him and heck to that, but the mainstream press was at the time representing trans women as Men In Skirts. That April was not only played by a woman is a mark in her favour.

April is shown as having a host of interests; she’s competent at her job, loves sport and TV, enjoys all the same hobbies as Douglas and likes her life to be uncomplicated and full of things she finds fun and indulgent. The weirdest thing about her is that she has any interest at all in Douglas, who’s a buffoon and a clod.

Normally, the show treats Douglas as a total fool who exists to be wrong about things. Consistantly, whenever Douglas expresses interest in an idea or a social engagement it’s shown to be gross, creepy, wrong and in a lot of cases cruel. He is consistantly thoughtless and also blisteringly stupid, so when he rejects April, it always struck me as meant to be a sign of what a total fucking dick he is.

Anyway, I guess that’s the thing. The creator of this show, the mind behind this episode, thinks that Douglas was in the right.

So I guess he thinks he sees himself in Douglas.

Anyway, April’s really cool, she should get her own show about punching rich people in the face.