I feel like this month whipped by especially quickly, perhaps because I had so many deadlines I was desperately trying to manage. It was however, lots of fun to do, and I want to do this kind of thing, give myself this kind of freedom more often.

I knew going in that this month, as the month I gave my self permission to be salty and let out some topics that’d been cooking for a while, I’d have some corkers ready to go.

First of all we have the steadily brewing article tackling the idea that Gacha games directly map onto Magic: The Gathering that led to a host of articles last year about how corrupt and dangerous and bad Magic: The Gathering was, and wasn’t it like making children gamble? This is a position that’s pretty widespread amongst the so-called intellectuals of the gaming space and so I finally let some of those thoughts out. Since the article was written, nobody has come around to really argue with me on it, so I guess I’m right, and that means the whole conversation is done.

I also went in to the elbows on Exalted, a game that disappoints me as a game and disappoints me as a setting, but in some fascinating and strangely damaged way I can’t help but see the game it wishes it was and I wish it was that game, too. I first described the game at core, then went in on the Content Warning Fest that was the Infernals.

I also needed to invent a term, Narrative Adventure, to describe the category of all those games that reach from Zork through to Bandersnatch, so I wrote a long-form article about it that was, once, going to be a video, but editing together so many different videos seemed a bit of a bore and I wanted something easy this month. Maybe I’ll go back and turn that article into a video essay.

Here’s my second attempt at play-and-talk gameplay. This one took some work – I actually recorded about seven versions of this video, because each of them was a different exercise in mic levels and trying to not sound moist. Still, this type of video is really fun to do.

Don’t worry, I don’t intend to go on like this endlessly! If I get more comfortable with this model, and get more subjects and games to play, I might do more of this. Any requests?

I did a fair few shirts this month but the focal ones, the ones I consider ‘this month’s’ shirts are my Etoile Island sports team shirts which conspicuously tell Nerva and Grandville to get stuffed and also kind of disrespect Booty Bay. 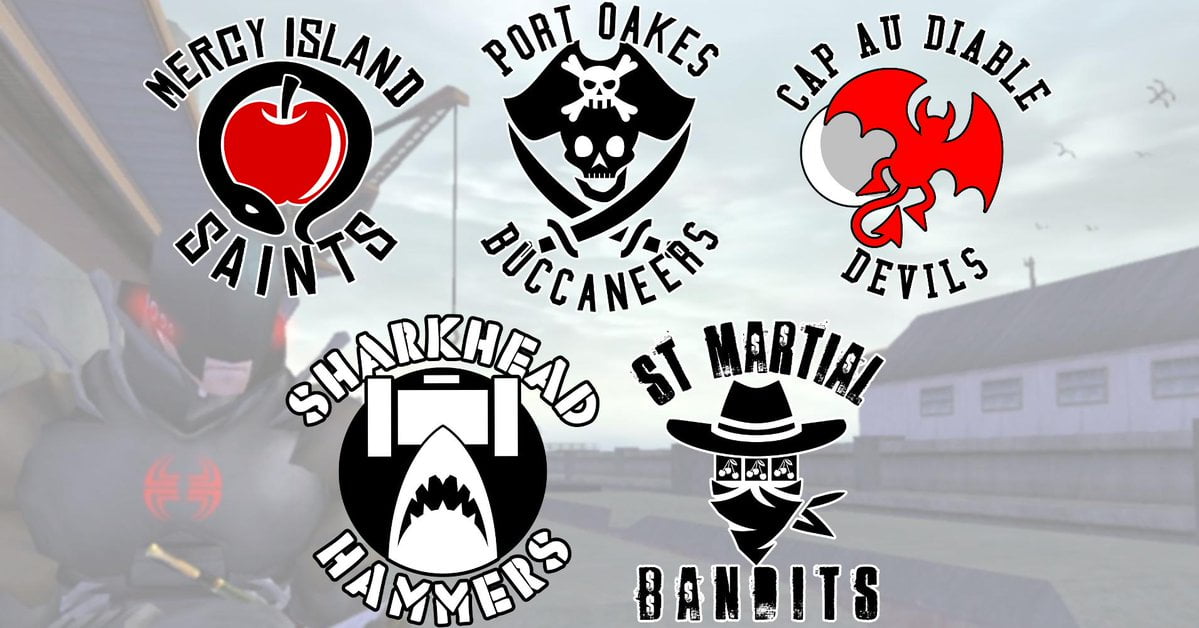 You can get these shirts on Redbubble or Teespring (Mercy, Port Oakes, Cap Au, Sharkhead, St Martial).

Hey, I finished up Hook, Line & Sinker! I got to place an order for it! I also finalised the printing for my shipping (as in boats!) game, Freight Expectations, and I wrote a bit about that and how to write a rulebook using Unit Operations.

Also, this month, I put out a set of articles explaining the translation of game design from the videogame Bloodborne to my 4th edition game expansion, Hunter’s Dream. You can check them out: Parts 1, 2, and 3.

As I’m writing this paragraph, it’s a week before my birthday, and I’m making decisions about how to handle a document that needs to be done by the end of the month, and orders for a convention that’s happening at the mid point.

The thing is? The way things feel right now, I kind of feel like I won’t have anything interesting to say about my personal life this April. It’s a full schedule. I wake up, I read and I write, I go to uni to teach, I come home, I write for the blog. It’s a time when I need to keep myself focused so there’s not that much going on in my life.

I did however get news this month that wonderfully, my friend’s daughter can now, if put on her belly, drag herself around in a circle. That’s super cool.