There’s this idea I’ve talked about before, when I wrote about Ouran High School Hosts Club of The Simulacrum. The simulacrum is an idea covered under the concept of hyperreality. You don’t need to read that, but I want to use it as a place to start as we talk about something of a Smooch Month classic. 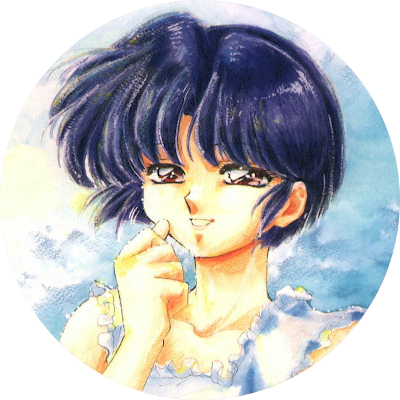 Chances are if you’re a weeb my age, you’ll remember her as Akane Tendo.

And chances are good, you know her, and don’t know her. Not the real her, and there is a real her. 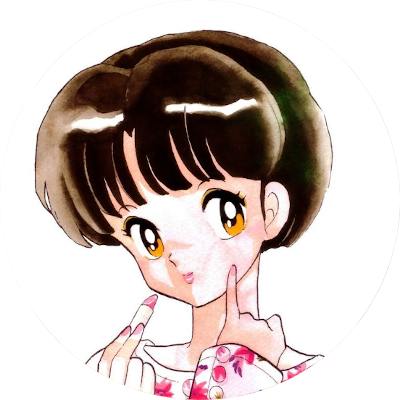 Akane Tendo is the main love interest, first girl, and Clearly Destined Actual Love Interest of Ranma 1/2, by Rumiko Takahashi. I’ve written in the past about what a weirdly important queer text Ranma 1/2 was, but at the time I never really dug into how it also benefited from just being a really good romantic comedy, with some really likable relationships.

Ranma 1/2 was a 38 volume martial arts raunchy comedy built around the adventures of Ranma Saotome and his fiancee, Akane Tendo, as they summarily failed to build a relationship in a sensible, mature way. Akane was a tomboyish, brash martial artist with the capacity to beat an enormous number of opponents, at once, including numerous Serious Threats in the story’s universe, think her way through problems, and was generally pretty reasonable except when Ranma’s poor communication and regular nonsense schemes involved him escalating things around her. Often, to short-cut argumenting back and forth between the characters, she’d whack him on the head with a comedy hammer, so the story could progress.

Over the course of the manga, we’d learn that Akane’s upbringing featured a lost mother and a repeated theme of people assuming they could take ownership of her, and that played into how mad she got at people trying to dictate a path for her life. Akane’s story is this repeated arc of being ignored and disrespected, and eventually, acting out and leaving. Then, over time, she demonstrates that there are ways in which she cares about Ranma, they grow on each other, she learns that the ways he communicates with the world around him is kinda limited because he’s a great big ding-dong. When he does demonstrate authentic care and consideration for her, she notices, and she appreciates it. Sometimes it’s because he’s being a manipulative jerk, which isn’t good, but there are other times, when she just sees him being kind.

In the end, Ranma has to face a world without Akane, realises he doesn’t want that, and has an emotional realisation that he needs to change. There’s a wedding queued up, and the normal comedy of the series interrupts it, but with a clear tangent that these two idiots are going to end up together.

But this isn’t about Akane. Not this Akane. 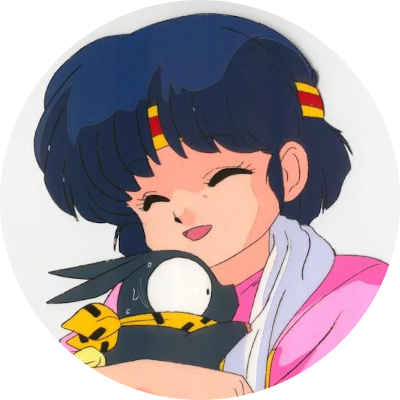 Akane Tendo is the one of the love interests in the harem anime Ranma 1/2, from Fuji TV made by Studio Deen (yeah, those people), based on a manga by Rumiko Takahashi. She’s one of the comedy relief harem characters who start the trend of Ranma getting random new suitors on the regular, who come back once or twice to keep trying their hand at dating him, and she’s the most consistent through the series, from the first episode all the way through both anime series, and numerous movies. It’s generally accepted but not explicitly stated that she’s probably going to be the girl who marries Ranma one day.

Ranma 1/2 was a 161-episode harem anime built around the adventures of Ranma Saotome and a whole host of screwballs and weirdoes in their semi-mystical modern urban fantasy martial arts story. Akane was kinda ‘the normal one’ of his harem, someone who lacked a lot of power, after an initial strong showing, and was mostly known for her consistently smacking Ranma, very hard, often with a hammer or knocking him out into orbit for annoying her somehow. She was the ‘nagging mom’ of the group in the anime, someone who routinely had to be routed around because she’d explosively whallop someone.

Some of the movies focused on Ranma and Akane’s relationship, but they were just a sort of default middle while the anime pulled and suggested other directions for Ranma’s relationship and even introduced some alternative arrangements and characters Akane might be interested in.

But this isn’t about Akane. Not this Akane. 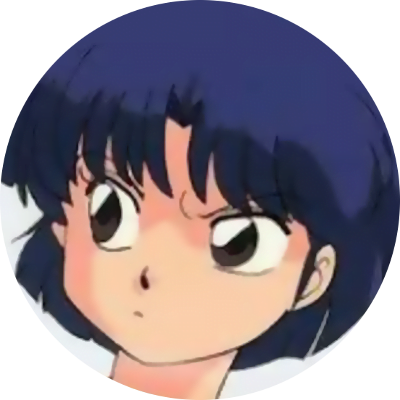 Akane Tendo is the violent awful girl who treats Ranma just the worst. You can rely on her flying off the handle at the end of any given scene, even if Ranma is doing his best to try and accommodate her. She hates boys, pretty handily, and she’s probably gay, though also, probably not. It depends on how Ukyou, Shampoo, and maybe Kodachi are being written.

She is absolutely a scene wipe of a person; she arrives, she hits Ranma, you can jump to the next scene, hilarity ensues. She’s a major character in the genre of fanfiction known as Ranma 1/2 Fanfic based on reading other fanfiction about the anime you’ve watched some of and the manga you definitely haven’t read, by Rumiko Takahashi and maybe throw in a -Sensei there if you’re feeling really weeby.

Akane Tendo is probably pretty much the worst, unless she’s super gay, in which case she’s great but she’s also dealing with how awful Ranma being a boy is, when he’s a boy, unless he’s a girl, in which case there’s a lot of awkward phrasing going on.

and most people remember

and most people think is probably the real Akane Tendo?

There are more versions of Akane Tendo, of course. They spread and splinter out fractally, from the versions made up of specific episodes and fanfics and fan theories. But what I find interesting is the way that these different Akane Tendos can be used to represent these degrees of reality, in the same way that the simulacrum does. The fanfic Akane, the one that a large body of anime fans – even fans of Ranma 1/2, who exists and looms large over even the other sources. It’s wild, how people can read the manga, and walk away thinking the fanfic character is pretty much true because the fanfic character informs their reading of the manga – rather than treating what’s in the text as what’s there, there are all these strange little details that creep into the unreliable memory.

It is a way in which Akane Tendo, through iterations and recreations, becomes hyperreal.

Personally, hyperreality feels like something from a life before mine, as a study, or rather, the real that it pursues. That may be because I’m something of the hyperreal and therefore the world I’m stuck in is one where I’ve never been pining for a ‘better’ and ‘more real’ thing than the things we make as people. Hyperreality is an idea, from the works of Baudrillard and Umberto Eco, people who I genuinely think of as ‘much smarter than me,’ and I am not here to give you a guide on what they say about hyperreality. Just that these iterations of characters that then influence one another and change one another in the minds of an audience follow the same pattern. The thing, the representation of the thing, the infinitely reproduceable simulacrum of the thing. Steadily, the thing departs from its real, and the name we attach the thing is not capable of just describing the thing itself.

This may all seem a little strange, though. After all, we’re talking about a fictional character – isn’t it inherent to the character that she’s not real? Well, that’s one of the thing with hyperreality as a topic. We intuitively snap between the idea of a binary between reality and illusion – and well, that’s not how it works.

See, Akane Tendo exists. Sure, she’s fictional, but I can tell you about her and you can tell me about her and there’s this established narrative space for her. There are stories that exist that we can point to and that depict her characterisation and we can talk about the incidents in that story, and all of this is to say that fictional isn’t the same thing as not real. Sure, Akane Tendo isn’t a human being, but she’s never told you that – she’s always been a character that exists in a story that exists that was made by some other people.

That’s where hyperreality can take a step up and out – away from this simple binary. When you stop thinking of existence as tied to matter and stuff and realise that part of being human is creating and sharing these things that are only made in image and rhetoric, you realise how many things that definitely exist that we don’t give any material signifier. There is no ‘manga canon’ for ideas like justice and gender.

Even if they’re just things we tell each other about.

Anyway, Akane is way less awful than most fans of the manga remember. She’s got a bit more filler crap and exaggerated stuff in the anime, but even then, she’s… really not that bad.