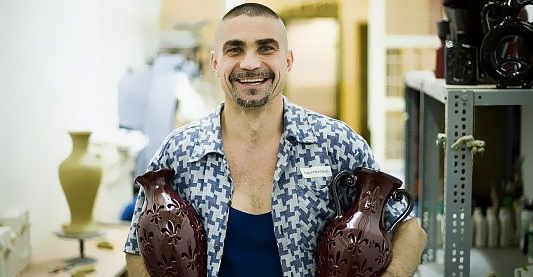 Let us first set the stage. Budapest, Hungary, just after the fall of the Soviet Union in the mid 1990s. The collapse of an empire has had its impact throughout the nation. People are poor, inequality and corruption are rife, and a nation in a state of reconstruction is at a loss for itself. Hungary has had its national identity restored to it after time as the part of the great glorious Soviet Union, and in that time, life can be rough.

Our protagonist Atilla has crossed the border from Transylvania – by holding to the bottom of a freight train like some daring escape-from-tragedy hero. Atilla worked his way to Budapest after applying for political asylum, where he, as a young man did everything he could to make money. He dug ditches, he painted houses, he smuggled pelts (really). Finally, he made his way to Budapest, where he hauled his carcass up the steps to stand before the esteemed judges of Újpesti TE, Budapest’s ice hockey team – an ice hockey team that was, at that point over a century old.

Budapest didn’t have a stable currency or secure borders or a negotiated trade agreement with its neighbours, but it sure as heck had Újpesti TE, and they were great. They were great, and Atilla wanted to play for them. Atilla wanted so badly that he turned up for tryouts and put it out there, all on the ice:

He was going to be their goalie.

Well, young man, they said, well, you have come here, with a dream and a goal, we know how this movie goes, right? And so, they tried Atilla out… 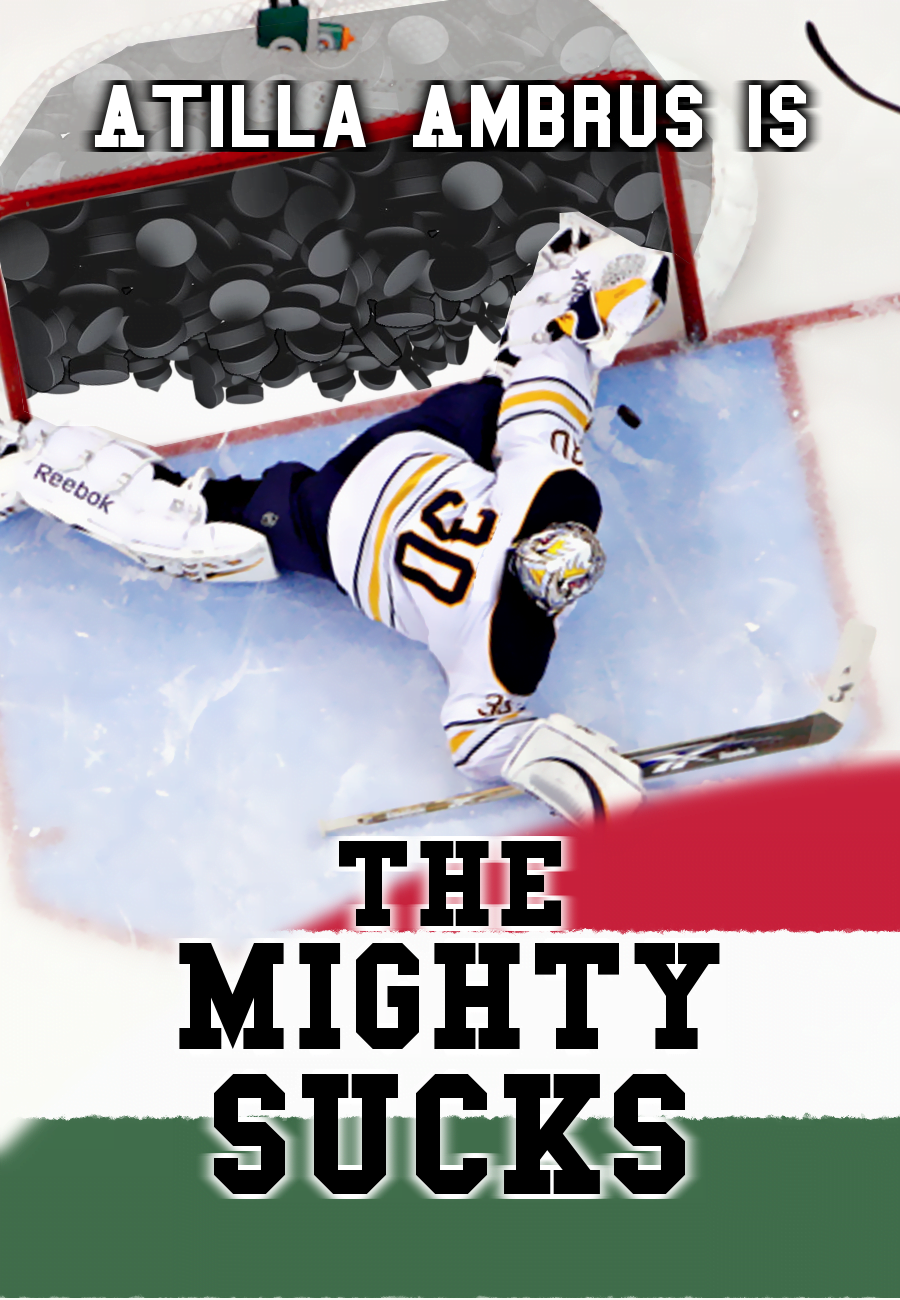 This is our first story. The story of Atilla, the plucky sportsboy. There’s more detail in the books and records, but let it never be mistaken: Atilla was bad. Atilla was so bad he failed at tryouts, then failed again, then failed again and eventually, his persistence was so breathtakingly impressive that the team – taking pity on him – decided to let Atilla be their janitor so he could sleep in the stadium.

Supposedly, Atilla had enough sinew as a goalie that for things that didn’t matter, they did let Atilla play – and his record was terrible. There are conflicting things on the internet, and since my Magyar is pretty shocking, and I don’t have my own copy of the book I can’t be sure, but the numbers seem to indicate that he was setting records for bad goalkeeping. Imagine a Dodgeball level farce movie, of someone terribly incompetent at the task.

One morning, the team turned up to find their stadium wasn’t cleaned. Their gear was a mess, and when they went to the closet they kept Atilla they found his personal belongings – including a suitcase full of something like a hundred thousand dollars in cash, including American currency.

Because it turned out that Mr Ambrus, in addition to being the worst goalie ever, was also the nationally famous, immensely popular Whiskey Bandit. 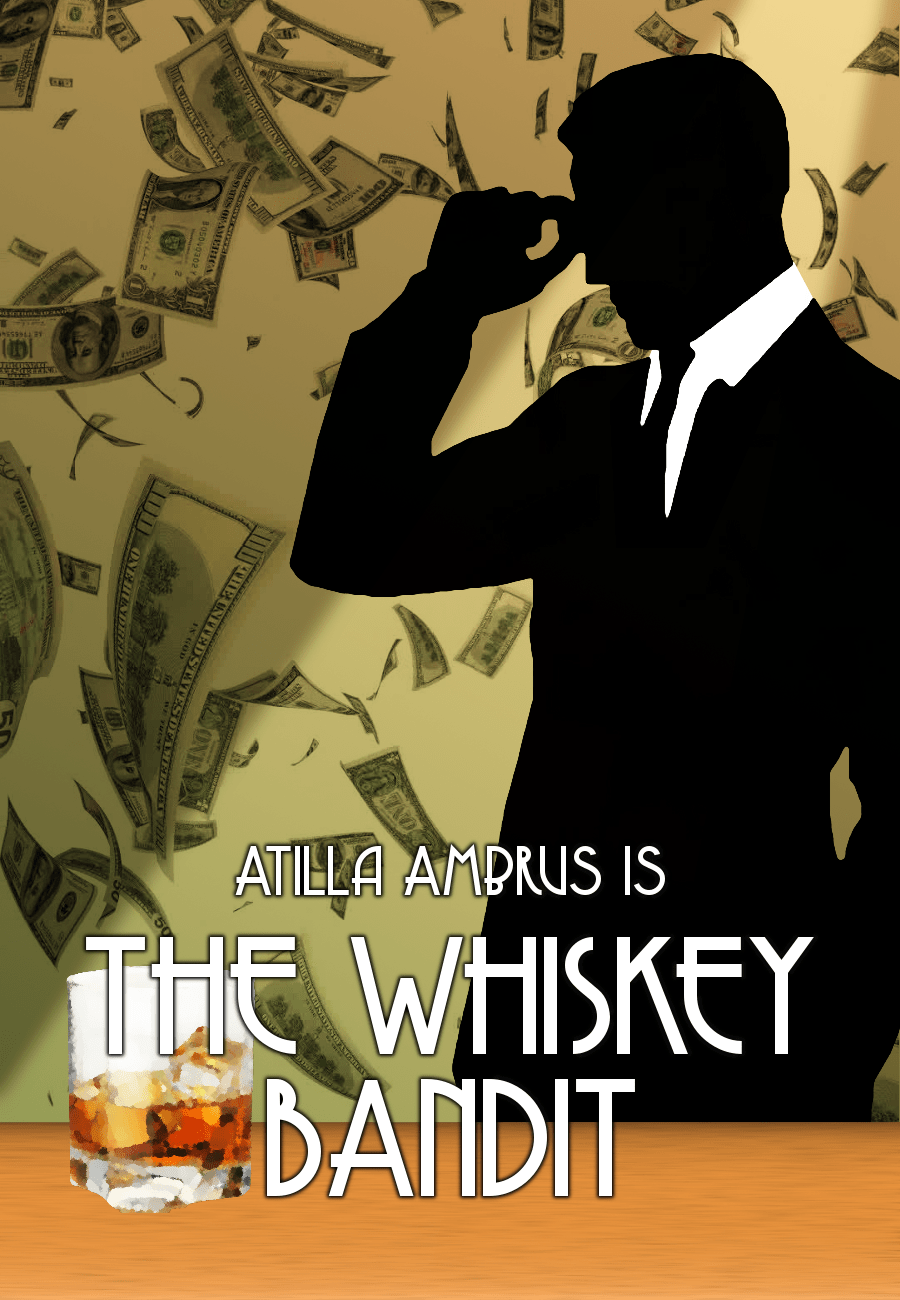 The Whiskey Bandit was a gentleman thief who struck banks, post offices and travel agents, ordering a drink of whiskey nearby, before sauntering into the bank and robbing it with grace and charm. While he carried a gun, nobody was ever hurt, and he was renowned for his demeanour and disguises.

The Bandit was a mystery; he turned up in these well-handled locations, but crucially didn’t raise his voice or threaten people; he was, for lack of a better word, nice – he’d give people advice on how to handle things well, reassure them that they weren’t doing anything wrong, and even brought flowers and gifts to the clerks and guards he bothered.

Over the course of six years, The Bandit struck twenty seven times, and in the process stole almost a hundred million forints – roughly half a million US dollars, or three quarters of a million dollars today. And he got away with it time, and time again… 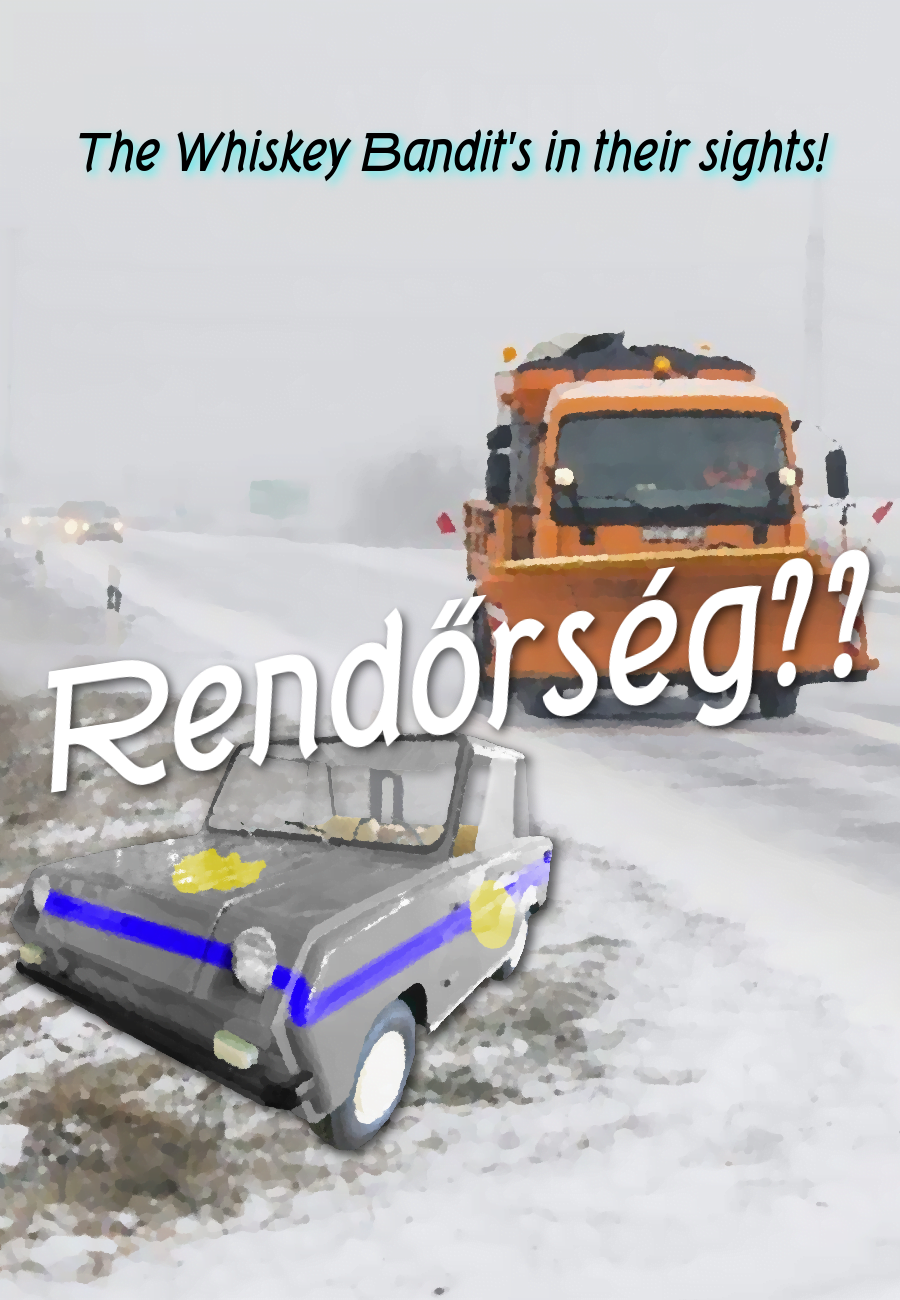 Because the Budapest police were hilariously incompetent.

We’ve gone from a sportsboy with a dream movie to a movie about a dashing gentleman thief, and now it’s time to dive headlong into police farce, because the police force of Budapest at the time was completely out of their depth. Yes, socioeconomic factors and all but don’t kid yourself, the why isn’t as important as the fact that Budapest was completely hecked for supplying its police with supplies and training and education and actually more police.

The cop in charge of the Whiskey Bandit got his position thanks to extolling to his superior officers his research into advanced policing techniques – as learned by watching The Commish and Columbo on bootleg imported VHS movies.

In one incident, the police got the alert that the Bandit was raiding a bank, so they deployed half the entire task force – twelve guys! – to the site to catch him in one of their two cars. So they drove halfway across town, found they got to the wrong bank, and called back to the station to let them know. This led to the other half of the squad piling into their other car, rushing to the right bank, and arriving just in time to crash into the other car coming to the location just in time to watch The Whiskey Robber leave the bank and throw scattered bank paperwork around them.

That morning that Ambrus was missing at the stadium, though was the morning he got caught. Not that he made that easy – he made a rope of bedsheets and escaped out the window. The jig was ultimately up when he got re-caught again, almost a year later, and after that, Ambrus seemed to settle down. He has since gotten out of jail, conducted interviews about his life, and he sells pottery.

There’s talk of a movie about Ambrus’ life, with Johnny Depp, but Johnny Depp sucks.

My first introduction to the story of Atilla Ambrus was the Cracked Podcast, and I recommend listening to it. Particularly, that’s where I got the framing device of three different movies. Just to be honest about what I do. Much of the information here is derived from secondary sources and I heartily recommend you get your hands on Ballad of the Whiskey Robber, by Julian Rubenstein which is a full book on Ambrus’ life.