Normally you’ll hear me be pretty positive about 4th Edition D&D. I’m a strident defender of the game, which is made easiest by a number of the complaints about the game being entirely fake. It’s easy to be a righteous defender of something against blatant lies.

Still, there are flaws with 4th Edition D&D, which shouldn’t be any kind of surprise and yet here we are. Let’s talk about one of them. Heck, let’s talk about a big problem, and it’s a problem that’s structural. It’s so structural it doesn’t even relate to a specific class, as much as it relates to the way that classes get made.

Classes take up too much space.

Back in 3rd and 3.5 D&D, a class could be conveyed in a really small space. Especially if you were building on established Player’s Handbook classes, classes were mostly made up of replicable pieces. A fighter type, Barbarian type, or Ranger type could be covered on as little as two pages: a table showing the progression of certain class features (saves, base attack, etc), then the levels that that character got special abilities. Heck, in online spaces and more avant-garde designs, you could convey an entire class in a page, without a table.

This means that putting a class in a book was just a matter of having the class be good (which they did not usually do, to be honest), and the rest of the book could contain all sorts of other things. Spellcasters usually drew on a common pool of spells, usually as Wizard Spells, or Cleric Spells, and any spellcaster could just say ‘I cast those spells.’ Small spell lists could even point to that same compendium of spells.

Classes took up less space in a book. Straight up. And in 4th edition D&D, every class needs to cover 30 levels of power options, and each level has to have multiple choices. At minimum, this means that a character has to have 36 powers, in addition to their starting suite of powers and flavour. If you want to add a single extra option at each level, that’s 54 powers. That takes space! Even if they’re fairly tight, you’re still looking at dedicating something in the district of twenty pages to any new class idea. A typical 4th ed player book, which were the big ones with a lot of classes in them, sat at around 230 pages! If you wanted to stick 5 classes in the front of a 3.5 book, you could do it in the space of an entire 4th ed class and luxuriate in the space required. 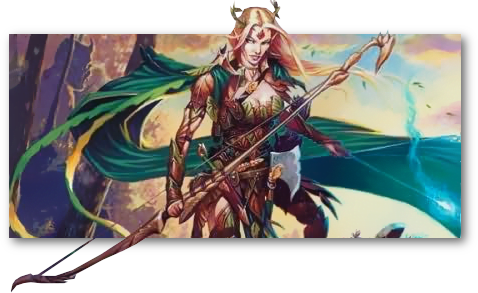 Now, how this works, structurally and why that’s a problem.

If a 4th edition class takes up a lot of space, there’s a limit to how many of them you can print at a time. You release a class, you release some books to support some classes, and that book has to have other things in it for players who aren’t playing those classes. This meant that classes came out in waves, and those waves had an impact on design.

First, there’s design technology. Some wording types, some power ideas just didn’t exist at first, or were done as a sort of ‘soft beta’ of an idea, and then later powers used the idea in a more consistant way. This means that there are a lot of power choices and feat choices that sit around in the rules that are just bad versions of things. That sucks! It also means that some classes tried variations on existing ideas that just didn’t work the way players got used to – like the Ardent, which behaved weirdly with initiative, and nobody ever fixed that.

Second, there’s iteration. The fighter got the most content because it was the first defender and it got multiple books and dragon magazines about it. You could always just add more stuff to it, because people would reliably have access to it. Classes that arrived later didn’t get as much attention, and that meant that if something about them didn’t work, they probably never got that addressed. It was more likely to try and route around it.

And third, there’s a side effect of starvation. When the Player’s Handbook 3, the home of the Battlemind (remember them?) was being developed, there was already an internal change of direction, with resources being put towards the new Essentials line. That meant that the Player’s Handbook 3 was caught, both arriving late (compared to the fighter) and being ended early (because focus had shifted to Essentials).

Now, this could be – kind of – fixed by just a more dedicated top-down choice. If the developers had a better central control giving a single balancing control system at the start of the development cycle, saying that defenders will all work like X, we have target numbers like Y and give the developers support to hit that, that would result in less twisty balance problems. But that kind of thing is hard to do and expensive to do, and you don’t know how many books you’re going to get to do. You can’t plan ahead if you can’t be sure if you can plan ahead!

In the end, this is a problem 4th Edition D&D had, and it would be nice to fix it.