Back in the olden days of Fourth Edition, we would cast our minds back to the even oldener days of Third Edition and the slightly less oldener days of Third Point Fifth Edition, all of which predates Fifth Edition, about which, I want to underscore, and reiterate, because I keep having to do this, I know nothing and do not care to know anything. Anyway, back in third edition, there were these terms for magic – arcane and divine. The rules around these mechanics were the kind of thing you’d look up once, then never need to remember again because they only mattered for setting some basic rules. The basic rules being that divine spells didn’t incur ‘arcane spell failure’ and arcane spells did. You had to know whether you did arcane spells or divine spells, but you didn’t really need to know much more about it than that.

There were some splats, some supplemental rules that sought to make the ‘martial’ type a thing, there was some vague wuffling about shadow powers and even once, an entire splatbook about introducing different types of magic to the game that were all, in their own way, terrible, and even involved just being arcane and divine in places, as the code that the game ran on really, really wanted a reference point for that information.

Fourth edition, though, looked at this sort of ‘power source’ idea and asked the question: what if we actually used this game flag for something?

So we got, in the first book, the power sources Arcane, Martial, and Divine. Later books introduced Psionic and Primal, and I guess Shadow exists, somewhere, over there. We don’t talk about Shadow, not here, and not in the Sonic fandom.

Now, hand to my heart, if you go looking in 4th edition for a power or ability that says something like ‘when an opponent attacks you with an arcane spell, do a thing,’ I don’t think you’ll find anything but I’m not entirely sure. They did try some experimental stuff in places in that game. But broadly speaking, you do not find things that reference power sources in the way that they were referenced back in 3.5 D&D! There was no armour attribute that only mattered to arcane characters (and which almost every arcane character class had some way around god damnit 3.5).

Instead, power sources in 4th edition were used in two ways:

And nobody cares about Shadow.

You may want to build your character, knowing you want a Ranger and that’s it, oh kay, so much, no problem at all. But if you don’t approach the class system that way, 4th edition’s power sources are here for you. Let’s say you conceive of a character who’s a bit rough around the edges, lives in the woods, tracks their own food and knows how to win a fight, and maybe has a pet. In 3rd edition, you have two options: the Ranger and the Druid. The ranger is a melee damage dealer (or you can try range if you want to be bad) and the druid is … ostensibly, a full spellcaster, and in actuality, brokenly powerful all singing all dancing shitting god-king of numbers mountain. But that’s it, that’s your options; a heavy caster, and a light caster who stabs things. Fox has said that I should add the Barbarian and I am even though I definitely wouldn’t if she didn’t. 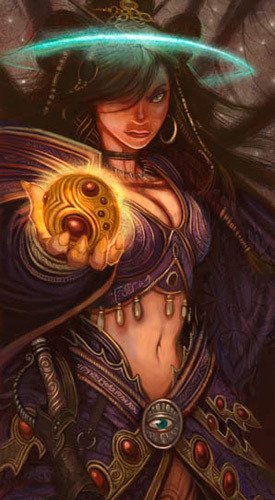 But in 4th edition, if you wanted to play that same character, the woodsy outdoor type, you could play a melee damage dealer (ranger), a ranged controller (hunter), a shapeshifting monster person controller (druid), a shapeshifting monster person with a weapon tank (warden), a summoner with healer ghosts (shaman), an angry person with a weapon who hits people real hard (barbarian) and even another, different kind of ranged controller (the seeker, which we don’t talk about). They’ll have unified feels – they’ll all be nature-y, they’ll have nature-skills, they’ll work well for the story space you want to put them, but they’ll all be different mechanical choices with the same thematic space. This matters a lot, because suddenly, players can make choices that are about what they want a character to feel like without needing a super-refined grasp on a thousand rule options to make a build work (like back in 3.5).

See also, the divine. If you wanted to be a religiously chosen holy crusader type in 3.5, your options were Paladin and Cleric (which was also broken). That is, a pair of melee, heavily armoured combatants, who usually wore a shield and cast spells at the direct behest of a god, with some smiteyness thrown in. In terms of differences in style, the cleric didn’t have a horse and the paladin didn’t get to be strong enough to piss in god’s ear. But in 4th edition, if you want to play that same divine, holy crusader type, you have clerics, paladins, avengers, invokers, runepriests and blackguards (who can join the Seeker and Shadow).

These options are all kind of just washing over you at this point, I know, but this is a really important bit of design technology. Unifying thematic space gives players more room to make their own thematic choices. If there’s one way to be something in your world, any player who wants to be that thing can only be that thing.

Power Sources are one of many things in 4th edition D&D that made the game better, and part of what makes them exceptional design technology is that if you didn’t care you never had to notice the bloody things at all.