Maaan, this system was cool.

Okay, so it’s twenty years old or something so I’m assuming you don’t really know what this was or how it worked. Psionics was one of those things that D&D 3.5 seemed to pick up because it was in 3rd edition and there was something similarly back in 2ed and then going back. It was never something the rules prominently featured, and was always meant to be its own little contained system that ‘couldn’t work the way that spells worked. The older systems, back in 2ed used ‘power points’ instead of ‘spell slots,’ you know, one of your rudimentary mana systems.

These required rules, coupled with the way they were sequestered meant that the Psionics systems got handed off into a small number of books, which were focus work by a small number of developers who not only really cared about them, but weren’t competing with anyone about it, like the core rules’ Druid, Cleric, Wizard and Sorcerer problems were. 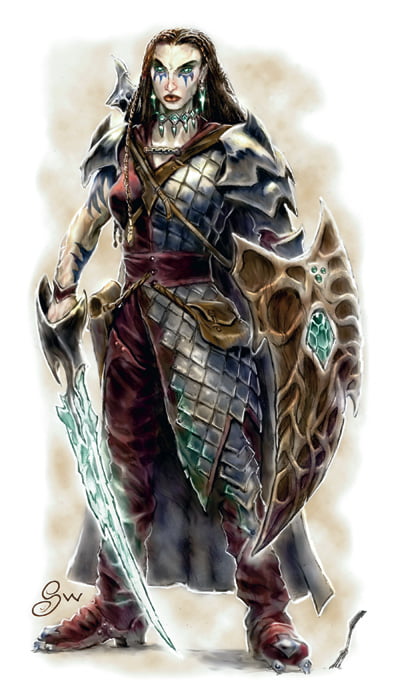 The result is that the Psionics system is made up of a smaller number of powers that have to be flexible, because they just weren’t going to get a lot of different psionic powers the way that every different version of a fireball got to have its own fancy special effect.

It also meant the psionic powers had to be designed to scale much better than the spell system; rather than the tight restrictions of spell slots that force you to wind up collecting a large number of choices, and be aware of all of them as the best least tool for any job, you instead had the powers that you could do, and the choices were made at use. You could spend points to make your powers scale, and you could even choose the way they scaled.

That meant that yes, you still had fiddly spells, but you chose how fiddly they were, how fiddly they could get. You could pick your powers to get a wide variety of oddball stuff, or you could focus on a consistent theme, using your power choices to make one power you were absolutely great at, and small utility powers to go along with it. 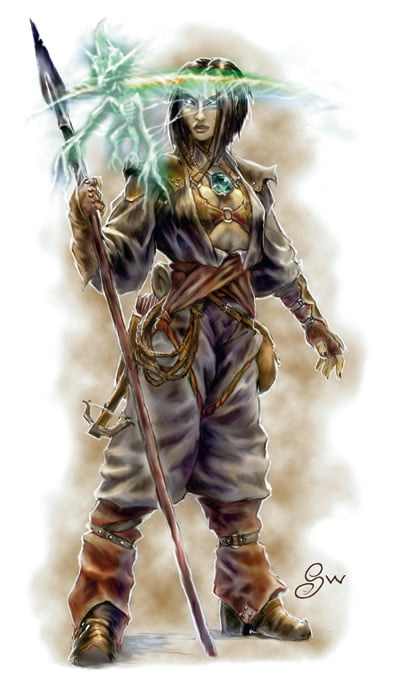 There was something to the aesthetic of it, too. Rather than your typical wizards and robes and swirling lights, Psionics played in a realm that was more purple and crystals, with a sort of Cthuluhoid Lovecraftian horror to the enemies. Rather than drawing on the idea of old lore and ancient history, of things written in books, the storytelling of the psionic character was more tied into really primal knowledge, things that were born out by doing rather than learning.

This still put the books in some odd places, of course; mechanically, there still needed to be wands and scrolls, because those were considered essential parts of balancing the needs of a flexible spellcaster, so there are Dorjes and Power Stones (or ‘sticks and stones’ as they were known). There were psionic dragons, because of course you need dragons, and their gimmick was, well, they’re dragons, but they’re psychic. 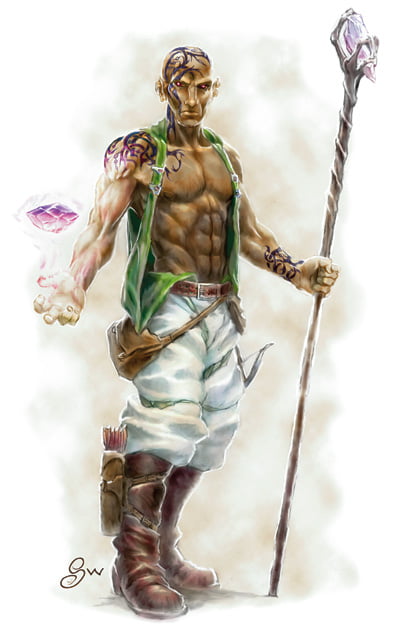 Yet when I think back on this system, a thing that really sticks with me is how in 3.5, there were just so many builds you could make for psionic characters that weren’t constrained the way that wizards and clerics were. You could afford to lose a caster level or two, you could pick up other effects to build on what you had. You could share spellcasting skills between different psionic classes, and there were interesting, oddball prestige classes that gave you a niche, interesting way to craft your character.

Normally when I think back on 3.5, there’s a pretty clear hierarchy system that kicks in. Fighters form a sort of basement where everything that’s worse than it is seen as really hosed. Then there’s the crew of weird classes that aren’t bad for any specific reason, but because they have a niche that usually can be replaced by a spell from a wizard. Then there’s the really good renewable resource types, the powerful melee hitters, the prestige class complex builds, and then there’s the spellcasters, and then just at the bottom end of the spellcasters there’s the rogue and some gish, I guess. It’s a complex space and most of them, the best thing you can do is one thing.

But when it came to psionics – classes that mostly sacrificed variety of effects for flexibility of application – there were just so many different ways to build, just based on the powers you took.

Kinda preceded the Book of Nine Swords, too, and formed the foundation for the way 4ed worked.