Let’s try and be nice. 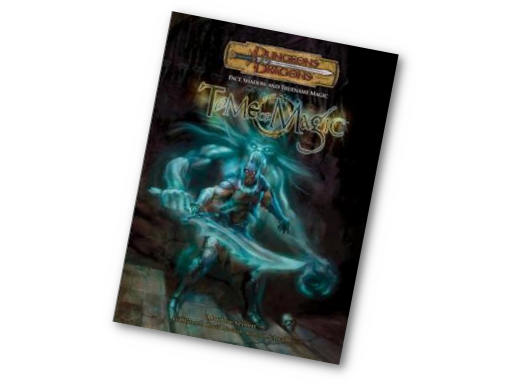 Magic in D&D, generally, is designed mechanics first. Spells are things that players do, and so, spells are designed to be player-facing, player-activated. They’re things that make sense when players have access to them, that follow predictable rules, and that players can coherently treat as game options. Sometimes those game options are a bit vague, with ideas like charm person that kind of try to dance around what they’re doing, and sometimes they’re extremely specific in terms of how much damage they’re doing and to what. There are tables.

In 2ed, there was a book called the Tome of Magic that wanted to present advanced spellcasting rules, and in 3.5, as part of the eternal experimentation in getting money out of players (but also because hey, throw stuff at the wall), they released a new version. Rather than just More Spells, though, the Tome of Magic tried to present three alternative magic systems for you to weave into your game. They were treated as old and mysterious magic systems, systems that were by definition, a mystery to the rest of the magical schools, something that didn’t exist already.

They were also bad.

They were in fact, abysmally bad. 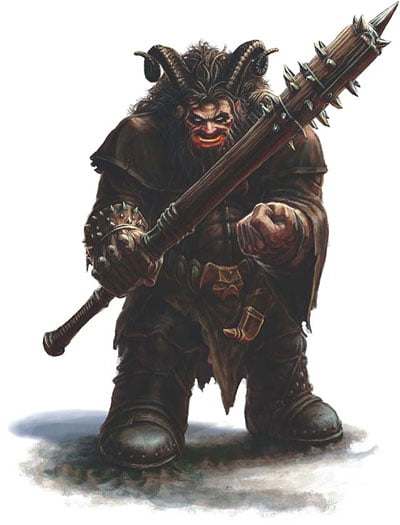 Now, if you’re of the old-school 3.5 playing, dig-through-the-paperwork type, you’re probably thinking but Zceryll – and yes. Yes, that’s a thing, a web expansion to one class that makes one of them pretty strong once they hit level 10. Okay, cool. That’s not in this book.

And what’s in the book? There’s three types of magic presented, each with their own framing and page templates; Vestige magic, Shadow magic, and Truename magic. Vestige magic is kind of like picking a kit of abilities and turning them on each day, with a skill check to see if you get a convenient or inconvenient version. Shadow magic is a magical system that wants to try and capture more of the ‘just do it’ magical style, rather than the thinky-learny-study-y magic of a wizard. It’s a lot like the Warlock, but more goth. Then there’s Truename magic.

None of these systems are good; the Binder is capable of doing the job of a solid rogue-like character, who can maybe mode switch a few times a day from rogue-type to fighter type or pinch healer. It’s really quite neat, and if you’re playing in a game where Zceryll is allowed (because Zceryll is quite strong), you can probably get this one out there to hang in the big leagues, if you don’t mind being the kind of player who comes to the table with a stack of reference documents. Imagine a swiss army knife with forty five attachments. Shadow Magic, on the other hand, wants to turn spellcasting into a talent tree, and the character you get out of it is a very weak spellcaster who’s even more limited than a sorcerer. Basically, the Shadowcaster wants to be an alternate wizard, but it’s kind of more like a Bard for non-combatants, or a Warlock for people afraid of being overpowered. 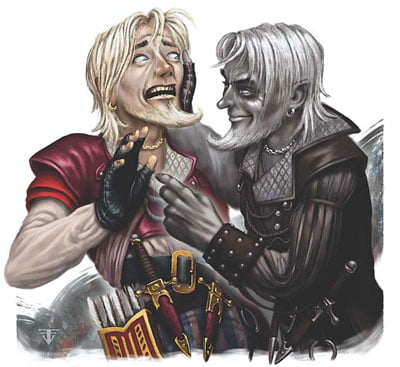 The idea at the heart of Tome of Magic‘s three different magic systems is to introduce some form of magical system that relates to the existing skill system, something that had been attempted with melee weapons in other supplemental works. This is something to bear in mind as it relates to Magic Month – when you tie your magic system to a skill system, you imply that getting better at magic is a process of practicing. That’s something D&D tends to not do, accidentally or otherwise, because most of the time, you get better at magic by levelling up, which is pretty vague, and often means that you improve at casting Rope Trick by killing lots of goblins. There’s a disconnect.

Binders use a skill check to commune with their vestiges. Vestiges that are harder to commune with will exert influence over you, often imposing on you particularly difficult limitations, like limiting the number of rounds you can partake in combat, or making you obey characters who are prettier than you. Also you can possibly grow sick-ass rams horns and headbutt people while you swing your sword.

Shadowcasters don’t relate to skills much. They also try to make their magical powers the result of practice; as you level up, your easiest magic tricks get easier and easier, until they’re eventually supernatural abilities you can use at will, which would be nice, if they weren’t comparing poorly to a fighter’s bow. Still, that’s something.

Time to pull off the bandaid.

The Truenamer is an incomplete class.

The Truenamer has spells (“Utterances”) that are formatted inconsistantly, meaning that some of them seem to literally not work as printed. It’s designed so that the first spell you cast each day is the easiest, and therefore, every time you use spells after it, it gets harder. It works by rolling skill checks to use your spells, and your spells are weaker versions of things that the other classes get at earlier levels, and more conveniently. There’s a lot of talk about the Truenamer as ‘the worst class of 3rd edition’ and I personally think that’s valid when you take into account that a player who intuitively takes to this class and tries to make it work the way it looks like it wants to work is going to have a very hard time doing the things the class suggests you want to do.

This is a class for whom one of your top tier feats is skill focus. This is a class that at level 20 can turn your Truenamer into Batman provided the one trick Batman wanted to do is summon fifteen hundred solars. The character gets to be both Angel Summoner and BMX Bandit.

The Tome Of Magic is trying to do some interesting things. It even gets to stumble, ass-backwards, into doing some broken stuff. It’s definitely not a forgotten jewel of 3.5, and in a way, it shows that being three mini-books jammed into one skin, that experimentation is valuable, but so is proper practice.