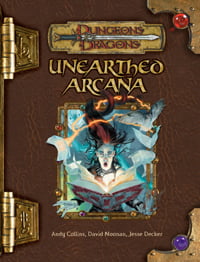 I have remarked in the past that transphobia is a different kind of antiqueermness in media because it’s normally exercised through its absence. Media mostly marginalises trans people by ensuring that they are invisible; that media simply ignores trans  lives, trans stories, and trans contributions to media in general. There’s more to it, of course; the natural explanation of trans lives in work that doesn’t focus on the inner lives and complexities of the individual’s gender tends to only be able to address the trans life through deliberately deniable coding or well-intentioned microaggressions.

Therefore, to do something transphobic, a story typically has go out of its way.

This is even more wildly complicated when you start dealing with game rules. A common complaint about trans characters being present in game spaces tends to be ‘hey, you’re bringing in something unnecessary,’ or ‘what even is going to bring that up,’ but back in 3.5 D&D, a fairly well-regarded, thoroughly researched book, Unearthed Arcana talked about The Dreaded Genders. And oh boy, did it go out of its way.

Psychosexual Disorders: Recognizable disorders of this type include transsexualism (a belief that one is actually a member of the opposite sex), impaired sexual desire or function, nymphomania and satyriasis (inordinate and uncontrollable sexual appetite in women and men, respectively), and paraphilia (requirement of an abnormal sexual stimulus, such as sadism, masochism, necrophilia, pedophilia, exhibitionism, voyeurism, fetishism, or bestiality).

Well, ain’t that a paragraph eh.

First things first, the mention of gender and sexuality shows up in the Sanity section. This is in a set of variant rules that are about systemising mental health problems, such as the effect of being exposed to the presence of Aboleths or extreme sequences of violence. And you can argue about whether or not that kind of section is a good thing to have at all, but let’s leave that aside and instead look at the quality of this content. You can check out most of the text over on the SRD breakdown of the page, but it is lacking in a lot of the more thorough fluff in the book.

The rulebook runs down a variety of interesting and for the time, generally accepted true things about various mental illnesses. This includes a non-awful description of groupings and related conditions. For example, there’s a passage about how phobias relate to anxiety, how dissociation works, and how phobias and fears aren’t the same thing. There’s even a note under Obssessive Compulsion that it isn’t necessarily comorbid with Auditory Hallucination, but the two together create something that doesn’t look like either of them, and that’s a great example of how mental illness is often a challenging subject to tease out.

It talks about the impact of these things, like how how homelessness is a common byproduct of these illnesses, and how that’s not a result of a need to be homeless, it’s a byproduct of no infrastructural support, and even has a mechanical detail that isolation makes this stuff worse, and… in the hyper-simplified heightened reality of D&D, the world of grapple checks, that’s pretty much true.

A detail I genuinely like here: You can’t will saving throw your way out of having PTSD, you can only will save your way out of a single flashback, as it were. Managing symptoms versus treating conditions, and the challenges of same.

This section was not a small task to make. It is sixteen pages long. It uses technical language simplified into standard language. It references groupings in an academic way. It is a full QUARTER of the section on campaigns, and this section has tables, temporary examples, spell interactions, specific cultural notes and a history of the system as it’s implemented.

There’s no getting around it: This section was thoroughly researched. I don’t know specific, I’m not blaming anyone specifically, because that section couldn’t be the work of one person ‘sneaking’ it in. And when it talks about gender and transgender characterisation (even with its awful archaic wordings), it even is sensitive enough to recognise that having your body and mind not line up on the issue of your gender is upsetting to players and recommends against using it!

“You can make a character trans, but you probably shouldn’t, because being in a body that’s the wrong gender is traumatising.”

So this entry on being trans isn’t here as any kind of a whoopsie. Someone thought this was a good idea. It got past writers and editors and testers and while I have my doubts about those at times, this reflects what a group at the time thought was a good, challenging idea. It can read as a bunch of people who knew zero trans people operating out of a summary from the DSM and replicating the cissexism of their culture and the horror of media representations. And that’s the most favourable read. That they were ignorant, selfish, hurtful, dumbasses.

Oh, and, credit where it’s due.

I had no idea that was there. I never read the sanity section before. This isn’t me bringing up some old lore I knew, or explaining some fact of D&D that I was aware of and had weaved my way around, some broken stair I could warn people about because I knew about it aready. This was brought to my attention by Freyja (a trans person) who noticed something that affected her and me finding this with ten minutes of research.