In my mind, I see D&D editions as a map of the same general world, scarred about with the history it lives; because no edition is really gone, and the game rules still exist and are still played (yes, even right now), it isn’t correct to see them in terms of a linear flow of time as much as regions of related space. Some are earlier, were founded before, but they are all here.

When I think of them this way, though, they take on their own character. Basic D&D seems more bucolic, smaller and older, and a space made up of its own adventures. Characters are all reasonably similar to one another, and perhaps the entirety of what Basic D&D is can fit in one valley somewhere. The First Edition is a place of broken empires, and old world lore, a place where the reality itself doesn’t quite make sense, and people must exist and coexist with the strange storybookness of how buildings stand and fall. Second edition is vast, an enormous sprawling empire of nation states scattered about, with whole nations and planes built out underneath it, subjugated and commanded even as they utter their strange national shibboleth of don’t ask about thaco.

Then there come the spaces I know.

Fourth Edition is a nation of stout borders; bigger than it should be, perhaps, but still reasonable. It did not overstretch its means, there are no strange, raggedy places where it tried to build where it could not. What lives there makes some sense; even the most powerful and terrible of its people are still recognisable as people. They do not stand apart from one another as strange and alien. There are the Essentials places, where the rules are smaller and simpler, the buildings boxier, but broadly, it is a kingdom where the roads all run the right way and there’s no eldritch horrors lurking under the bed.

But 3.5 is right next door, and it spills out and around like a sinuous, corrupted beast. The lines of where it ends and begins are fuzzy. There’s a little extradimensional space there, between it and 3.0, where there’s a book called Ultramodern Firearms that would be disturbing if it wasn’t just really bad. There are monsters in these spaces, creatures that wreck the world just by their breathing, things where the alchemy of character construction come together and the water runs black after them. If you know them, you know them, nonsense like Punpun and the pile of Warforged cultists. Things that could hypothetically be done. Power that needed arcane rituals to make happen.

What I need you to understand is what I’m going to tell you about now is a 3.0 character option that’s probably about as broken as you can get and you can get it accidentally.

We’re going to talk about the Spelldancer. 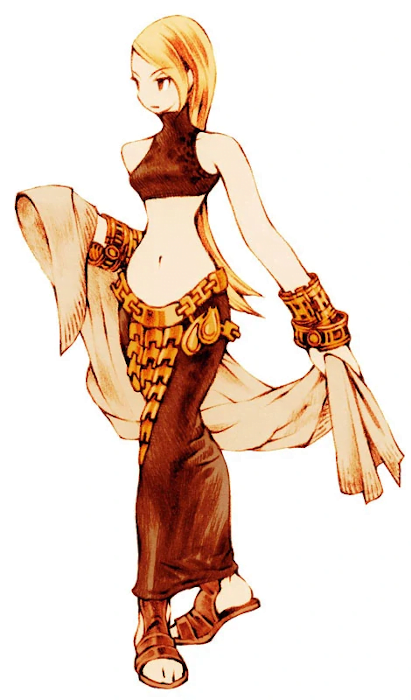 Magic of Faerun was a soft-cover splatbook, from the same era as Sword & Fist and Tome and Magic, where D&D was experimenting with small, cheaper books to keep giving people options. This was the dawn of digital distribution, the first era of official forum interconnection for D&D and the result was a patch of let’s say roughness. There was a lot of philosophical contradiction going on.

The Spelldancer does something dangerous for a prestige class, though: it looks cool. Oh, there’s a difficulty in getting in – you need a skill wizards sometimes struggle with, and you needed some feats that weren’t exactly useful to you most of the time. Ironically, the feats are a big reason why people don’t tend to see the Spelldancer as a valuable route for modern 3.0 powergaming play.

But the thing is, when you hear a spelldancer and you look at spelldancing, all you need to be is a spellcaster who dances, and players will often easily and readily decide to Do That Thing That Looks Cool. And then, you have a spelldancer in the party, and it’s only a matter of time before they notice the supremely dumb thing the Spelldancer can do.

So here’s the gimmick of the Spelldancer: They can spelldance. A Spelldance is a dance where you cast a spell with metamagic effects on it, and instead of increasing the spell’s spell level (something limited by your character level and therefore, the level of the group), it increases the spell’s casting time and requires you to make a dance skill check. You’ll quickly find, if you spelldance, that your spelldancing kind of sucks, because to cast an empowered cone of cold at someone with a spelldance means your spell takes two full turns and moves you around enemies and stuff, and that’s kinda crap. You could have cast three cones of cold in that time.

Then you’ll look at your powers and your spelldancing and wonder: Hang on, what’s this for. There are two schools of magic banned from it, invocation and necromancy, so they’re out. But what’s not banned is transmutation, a school that most wizards pick up some spells from because there are all these great utility effects. Then you might have that lurch in your stomach when you realise that adding a round of casting time to something may make it slow as hell in combat, but out of combat adds six seconds.

The next step is that when you realise that metamagic feats can be applied to spells multiple times. So you can Extend Extend a spell and make it last three times as long as normal. At level 6, this means that a spell that lasted 1/ hour a level, like a self-buff, now lasts 18 hours, which is to say, it lasts long enough that tomorrow, you’ll still have that spell running when you go to cast it again after a long rest. Then there’s Persistent Spell, that lets you keep a spell going permanently in exchange for 8 spellcasting levels, orrrr increasing the DC on your dance check by 8. Or there’s Empower Spell, which gives you an extra +50% on the spell’s effects, which doesn’t just mean +50% damage, but say, +50% on the healing, or +50% on the area of a spell effect, and empower can be stacked too. So for +4 DC to your dance check, you could be making all your spells double their numbers.

Spelldancers naturally flow to being self-buffing monsters and I don’t use the word monster lightly in 3.0 power balance problems. But a Spelldancer can, at level 6 when they first become a Spelldancer, reliably expect to be able to make a Perform check of 19, without any effort. That means they could, for example, make a level 3 spell, their highest level available, last all day with Persistent Spell. Or they could cast an Extended Empowered Empowered Empowered Fox’s Cunning a few times and give themselves 12 extra points of intelligence that will last long enough to make their next day’s spells even better. Or and this is where it gets super messed up, cast an empowered empowered empowered Eagle’s Splendour, increasing their Charisma, and therefore making it possible to make even better dances. Then you have a feedback loop, where every day you’re making bigger and bigger Eagle’s Splendours and they make tomorrow’s dances even more dumb and this isn’t really meaningfully capped. Travel time becomes this set of iterating math problems where at the end of it you may have a character who, again, level 6, has something like a 50 Charisma and can just convince people to lay down arms by dint of being that hot.

There are more broken builds around, absolutely, and the Incantatrix is basically a zero friction, better version of what the Spelldancer can do, but you kind of have to go looking for the Incantatrix, and there are lots of levels where they’re not doing anything broken unless you’re trying. The Incantatrix puts its power at a later level, so you need to hit level 11 or so before you can do silly stuff with it.

The problem with the spelldancer, though, is that you can stumble into this power. And once you work out how it works, the only thing that stops you pushing this feedback loop is the DM or player looking at the paper in their hands and going ‘it can’t work that way, right?’